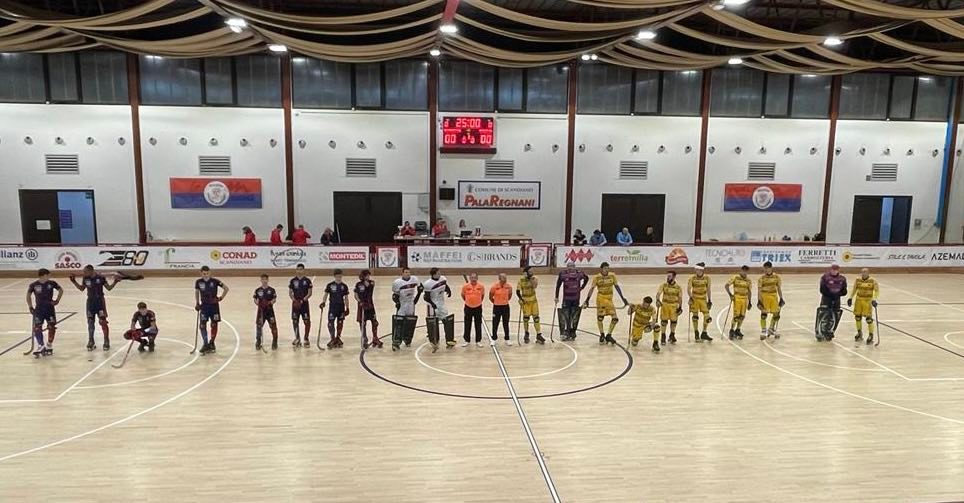 Symbol Amatori Modena 1945 loses 5-2 in the derby in Scandiano on the ninth and penultimate days of Group A of the A2 Coppa Italia. To change the fate of the match is Uva’s goal with fourteen seconds from the end of the first part of the match. The hosts go into the first half with the advantage and in the second half they insist on finding the score 2-0 with Ehmi (who also scored at 41 minutes for a moment 4-1) and then 3-0 with Dainet. Modena tries to respond, but Pochettino’s double is not enough to avoid a second consecutive defeat (the third away). Stephanie’s final record is 5-2. The Capalbo team will be back on track next Saturday, at PalaRoller in Montale at 18.30, against Bdl Minimotor Correggio.