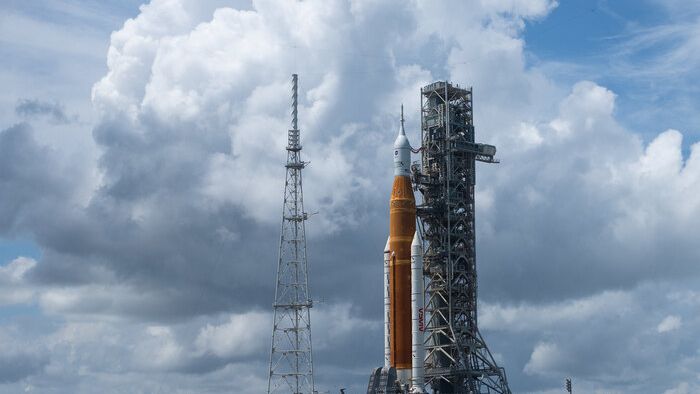 NASA leaders have said that a NASA launch to the moon will not be retried in the next few days, adding that a new date has yet to be set. According to some US media, it could be late September or mid-October.

Unknown
“There is no guarantee that we will take off on Saturday, but we will be there and we will try,” Mike Sarafin, director of the mission, told a news conference. In fact, this weekend’s retry launch includes a “marginal increase in risk,” which NASA administrators deemed acceptable: Data analysis in recent days indicates that the anomalous temperature of one of the rocket engines found on Monday was not due to A real engine problem but due to a sensor malfunction which will be ignored on Saturday. To avoid new unexpected events, engine cooling procedures will be started 30-45 minutes earlier than expected, in order to have more time to reach temperature. Meanwhile, the loss of hydrogen detected while loading the rocket is still being monitored: for now it has been fixed and does not appear to cause room temperature problems, but the teams will continue to monitor the situation on Saturday during propellant loadings. So the procedures have been updated in the last few hours and the launch timing has been improved. Once Orion is turned on, the countdown is also restarted.

The latest weather forecast for Saturday projects favorable conditions at 60%, with a gradual improvement of up to 80% by the end of the launch window. However, it is estimated that in a couple of hours there will be 46 moments in which it is possible to pause for a few seconds for launch due to the presence of space debris or satellites of the Starlink constellation along the trajectory of the SLS rocket.

Hopefully, Artemis will have about 38-39 days to test the technologies needed to fly around the Moon and return safely to Earth. It is scheduled to return on October 11 with a layover off the California coast. On the other hand, if the launch goes down again, due to weather or some unforeseen technical factor, there may be new launch chances on Monday 5th September (with 70% favorable weather) and again on Tuesday 6th September. If the Artemis 1 launch fails by Tuesday, the SLS will likely have to leave the launch pad and return to the Integration Building (Vab) to replace the batteries for the safety system that interrupts the flight in the event of an emergency. termination system).