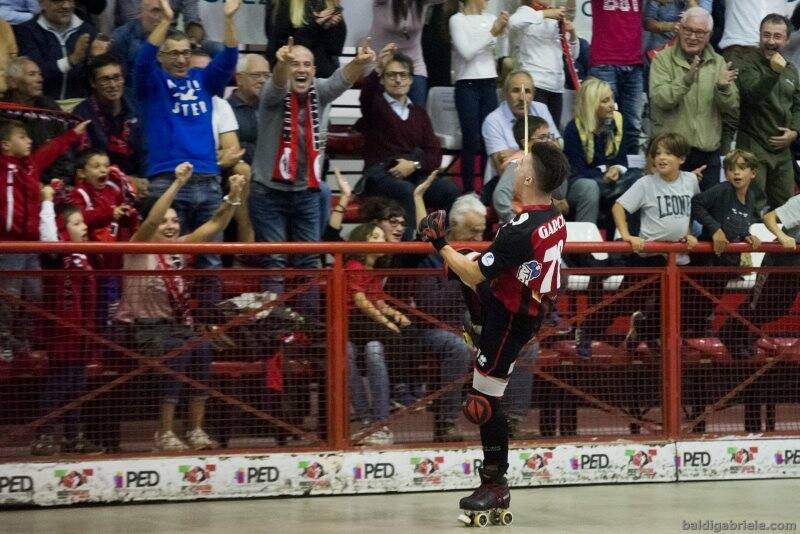 President Maurizio Corona is delighted with the return of Geronimo Garcia and presents him with this: “We wanted him so badly because in the year he played in Sarzana he represented the best sense of belonging to the shirt and to the city. He did not hesitate when we contacted him and it is an honor for us. For us, Jeronimo is not just hockey but a member of the family. Our value and relationship goes beyond hockey. For the fans it represents a lot and we are happy to make them happy with this, and it is a symbolic gift for us. Jeronimo Garcia – following Corona – in these two years, first in Correggio with coach Mirco Bertolucci and then in Sandrigo, he played two excellent seasons, in Emilia withdrew the formation of Mirco Bertolucci for the first time to play with his 26. Of the goals, in Sandrigo this season, despite the tournament not up to the level of the Venice team, he scored on 23 occasions. To seize Geronimo we had to beat the competition of many Italian clubs, but Geronimo’s desire to cover the Rossoneri shirt prevailed at the moment of selection and we are proud of that.” These are the words of Mr. Mirco Bertolucci who wanted the boy so badly in Sarzana. “He is the player I wanted, he has a physical quality. Really great – says his teammate Bertolucci and his Correggio coach – physically strong, good shot, knows how to score and assist, someone who breaks the match because he jumps easily. “Man, quick to restart, someone who hardly misses set-pieces and then wanted to come in and play at Sarzana and I’d be happy to hug him again.” The president wanted him back, and this was the first blow of the new hockey season for Sarzana, and then the decision to announce it after the two young Argentines. And here comes the return of Jeronimo Garcia from the hat of President Maurizio Corona, the world player who returns to Sarzana after two seasons playing first in Correggio and then in Sandrigo. Here are the first words of Jeronimo Garcia, who was born in 1998 and returned to Sarzana before leaving for Argentina for his summer vacation.

Return to Sarzana: Your feelings about your return?

It’s great sensations, the people, the environment. Lots of people have written to me to say hi. My fiancé and I have so many friends that we also feel part of our family. It’s always good to play in front of your family.

One year in Correggio and one in Sandrigo tell about these two seasons.

The last two years have taught me a lot. I was fortunate enough to play with great players, as I was coached by great coaches like Mirco Bertolucci and Franco Vanzo. I always try to grow as much as possible, and learn in every situation. Some situations are good and some are not. But I can assure you that I learned more in bad situations. That’s right, we grow up in the storm, then enjoy the sun.

What do you expect from next year?

Expectations? I’d rather not have them. I want to try to tackle every situation in the right way, and always keep everything on track, whether in training or in matches. If we can do this, the results will come on their own.

Two young Argentines arrived in Sarzana, two nationals under the age of 19 who two years ago lost the last World Cup final in Barcelona, ​​what do you want to tell them?

I can only say that in what I can help them they can count on me. Either inside or outside the track. It is good to have colleagues from Argentina, they are very good players, we have played against us many times. They both have great personality and a lot of desire. I think we can grow together this year and do very well.

You’ll be playing with a tricolor cupcake on your chest and the first challenge of the Italian Super Cup will be against Tressino and your friend Ebenazar: Sensations?

Pancho is my brother, but in the finals we will have to split in half. But, no jokes, I think it’s a great opportunity and you should enjoy these games from start to finish.

What do you want to say to the common people of Sarzana and Incessanti?

I greet them all, and tell them I am waiting for them at the gym to cheer and celebrate together. If there are a lot of them, the old market becomes a crazy environment to play. This makes us players put something extra.