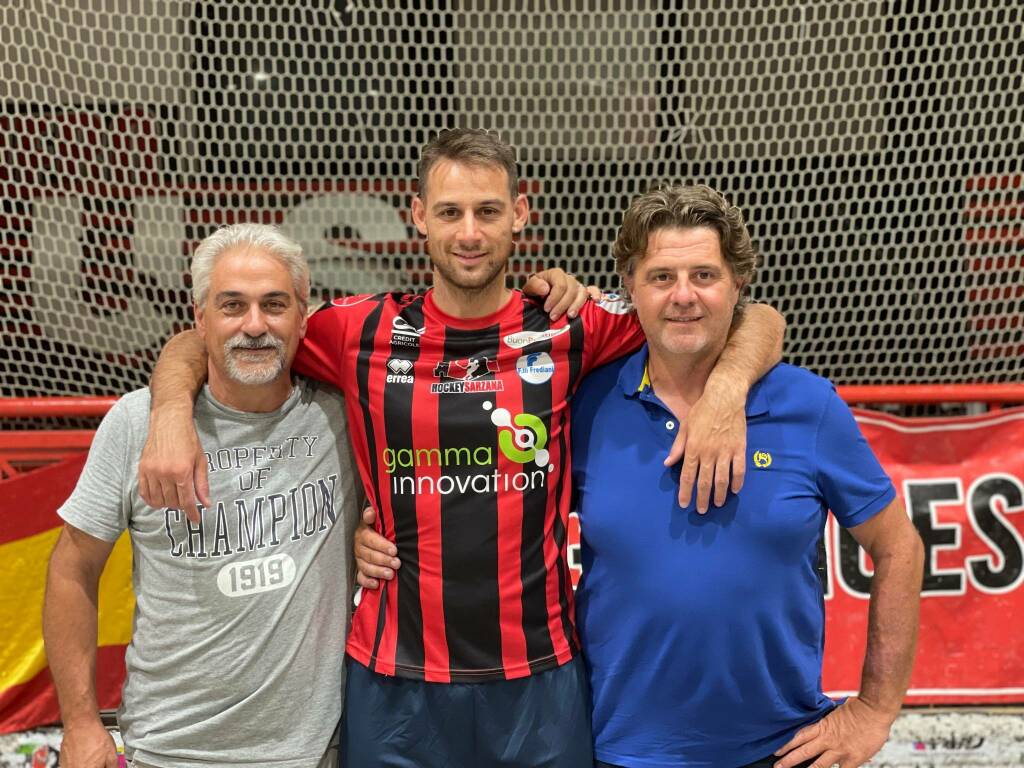 A career full of goals, teams and blue shirts for Sergio Vista, who grew up in the Matera youth team, played for the blue and white team from 2000 to 2003, then until 2007 he played for Roller Salerno, then a year with Castiglione, with Bassano (Bassano 54) and with Seregno, before Landing, for two championships, at Roller Bassano. Then Vista’s career continued with Lodi, Valdagno, Matera, before they were stopped due to a ridiculous doping story. He then resumed playing at Sarzana in the 2016-2017 and 2017-2018 seasons, giving goals in groups for the club in Terzi Arena. In his first season with the Rossoneri, he won his first historic European four-way final over Sarzana in the then Siers Cup, thanks to his golden goal against Torkel. In the second season with the club Piazza Terzi, he took fourth place in the scorers’ list with 43 goals and won the first Federation Cup of the Rossoneri. Then CGC Viareggio, Scandiano, Bassano, Forte dei Marmi and now back in the Rossoneri jersey. “I am so happy to be back in the arena that has elevated me and my appreciation…a company I really appreciate for the ways they work and the passion they express…family!” What made you go back to Sarzana? “I have promised many, above all to the president, that I will come back to play in Sarzana.. and I always keep my promise!” (It was announced that Sergio Vista was pictured at Vecchio Mercato with director Roberto Graziano and sporting director Maurizio Garofalo.)

READ  Perugia Pisa 1-1. The Nerazzurri advances and reaches the second half - sports - football