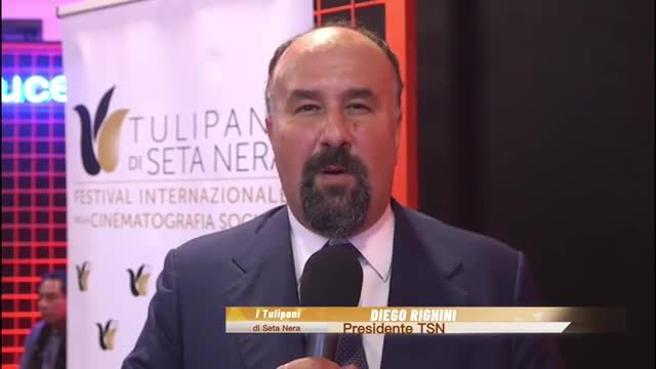 Presented as part of the Rome Film Festival, on the occasion of the eighth day of social criticism in the Lazio region, the Lazio Film Commission – Auditorium Parco della Musica – Sorriso Diverso Roma Award is dedicated to films that have managed to achieve the best results we say, in the social field, the diversity and fragility of people and places. The winning works were chosen by President Diego Regeni and Tiziana Zamberi, the prize’s new Artistic Director – who received the baton from Paola Tassoni – in agreement with Film Festival Artistic Director Paola Malanga and the jury chaired by Catilo Masullo and shaped by Paola Dei, Franco Mariotti, Massimo Nardin, Rossella Pozza and Armando Lostaglio and Paola Dalla Torre. Also with them are the directors of the four divisions in competition: Paola Tassoni (short films), Grazia de Michele (social clip), Janet de Nardes (web series), Gianfranco Bannon (documentaries). The godmother of the event, beautiful host Manila Nazzaro. Produced by Rai Cinema and distributed by Altre Storie, “Amici per la Pelle” tells the case of discrimination and marginalization of a transplant patient, which is overcome thanks to the extraordinary resilience and love of loved ones. While in the documentary “Kordon-Confine” produced by Vatican Media in collaboration with Tenderstories, the full drama of Ukraine in the days of Russian aggression is shown, reformed by the harrowing stories of the survivors but also by the chain of aid and the all-female sensibility of four peacemakers. During the ceremony – which was attended by Roberto Natali (Ray’s Director of Sustainability), Maria Chiara Andrianello (Head of the RAI Public Access Structure), Valeria Allegretti (Department of Culture of the Municipality of Rome), Daniela Rupolo (Head of Sustainable Development Initiatives) the documentary was shown CNH Industrial and President of 4Elements AssociAction) and Marco Canino (CEO MC Consulting), the documentary on scaffolding safety “I cantieri di Roma”, directed by Alessio Taranto, in the presence of Asvis (Alliance for Sustainable Development), Ens (National Organization of the Deaf), Anmil (National Association of the Disabled and the Handicapped at Work) and the UniVerde Foundation headed by Alfonso Pecoraro Scanio – also attended the National Secretary of Filca Cecil Claudio Sotelli, who reviewed the national event for the disabled and disabled at work on Saturday 22 October in Rome, focusing on safety in the workplace.