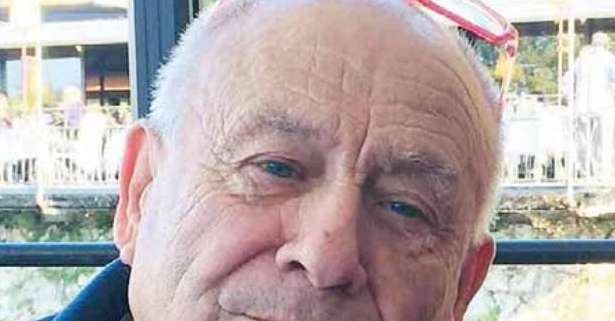 I died. It was a volcano of initiatives Tony MarchioreAbuMorey Hockey ClubA. was shocked Heart attack Thursday night (15 December). The news came suddenly, and aroused in all who heard it a sense of panic and disbelief.

Tony leaves behind his wife Tiziana, the first fan of the team, and their daughter Martina, the first goalkeeper of the hockey team, who made it to the national team and is now a member of the Federal Council of the Italian Hockey Federation in Rome. Antonio, even though everyone calls him Tony, had it 76 years oldBut he was as energetic as ever, and occupied with a thousand commitments which his generous character prompted him to carry out. The fatal disease came insidiously, while he was at home, late in the evening. Unfortunately, the help was useless and his generous heart stopped.

«I remember him as a person respected by all, – declares the mayor Stephen Baruzzi – He has done a lot for society and the national sports awards he achieved confirm this. Bring hockey to Maury. Not only that: you also made a great contribution in terms of assistance to small And not only in the world of sports, especially women. Many moments remind me of that. We’ve known each other since I was a child. I am close to the family and their daughter, Martina, whom I know very well. A sunny person, he always saw the bright side of things. Available and ready to provide assistance to all who need it ».

And indeed it can be said that hockey in Moree has a “Tony before and after”. As Uhc Adige, formerly Hc Mori, remembers it as One of the founding fathers in 1985creating a company from scratch and bringing to Mori a sport played by future generations of boys and girls.

Tony Marchiore was by profession a literal, very popular in Morey. Many appreciated his professionalism in the field of maintaining and whitening the walls of buildings and homes. «Tony was always there for everyone – he recalls with affection Marco Bisovi, the current team captain – was synonymous with field hockey in Moree. He is always looking for a sponsor, coach, manager, parent, driver, cook, maintenance man. For his sons he knew how to do everything. He was never angry, he was everyone’s friend and everyone became his friend. He has always found a solution to thousands of existing problems. It was not transferable my contact. For example, Tony did not know English. But when we went to play against foreign teams, everyone ended up waving at him. Because his character was able to understand himself, he was even loved by serious foreign opponents. In the end, the first to greet was always him. So I understood what he was able to communicate with his business style. Just like the Italians of the past who knew how to deal with all circumstances.”

He often invited his opponents to his house to offer them a bottle of wine and – he added – he was hosting them. In practice, he had already invented for the third time before his arrival in Italy all those involved in team sports. He was also appreciated as a manager. He was known and respected by the entire Italian hockey movement, by Italian and foreign coaches, by athletes and referees ».

And indeed math curricula like executive It is a nice. with his lover Women’s team In field hockey, he won field and indoor championships, the Italian Cup, and participated in many European events. “Above all, the human factor was important to him as did the managers of the past,” continues Marco Pesovi in ​​a thread of memories. “He was a jack of all trades. Who does not stand by, watches and judges. But who experiences sport in a profound way. For many years the sports field was his second home: 365 days a year on the sidelines ».

READ  Rojo Viadana Futbol, ​​the case in the Council a year after the facts

There are now two men’s and women’s teams. But in 1985, when the company was established, it was both male and female. Then, due to administrative needs, separation of companies was necessary. Antonio found his full dimension in Moree in the golden moments in which the most prestigious sports leagues played great victories on the grass courts and in the indoor gym during the three winter months.

«He was still active – Marco Pesovi concludes – even if he preferred to leave direct and administrative responsibilities. But he continued to frequent the camp. We have all been his disciples. For us, seeing Tony for 40 years has meant feeling safe, comfortable and always encouraged. We have directed as a coach. Precisely in 1985 I was among those children who started playing thanks to a gymnastics teacher, 4 or 5 parents and Tony, who infected us all with his enthusiasm ».