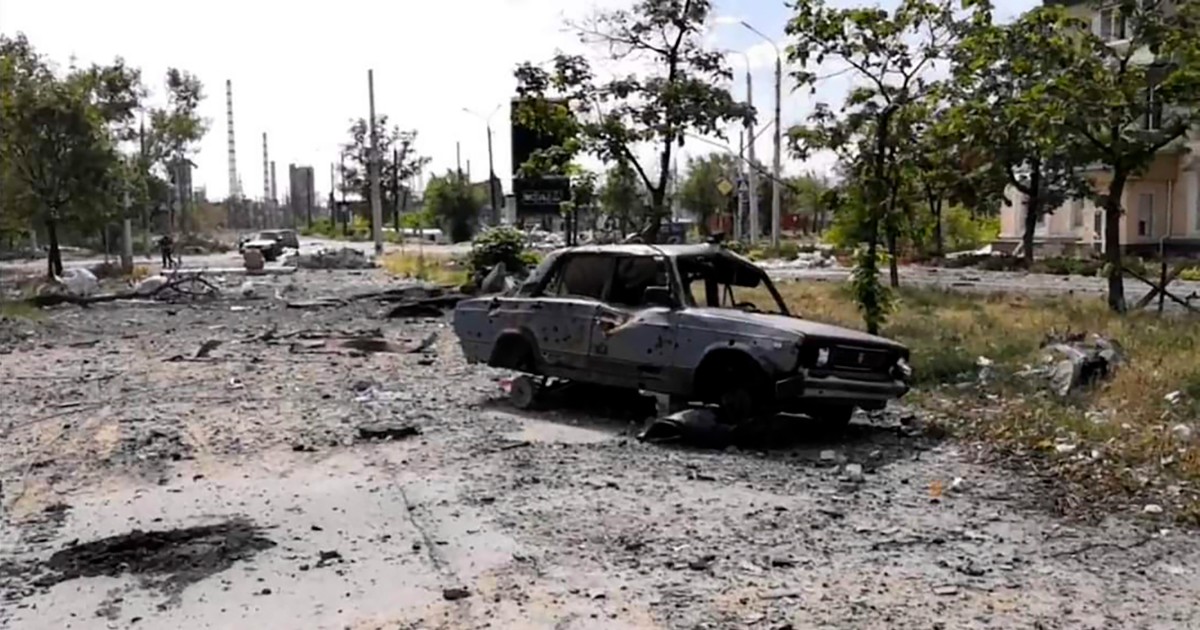 Kyiv Culture Minister: “The Russians are stealing our art”

“We verified the data that from the occupied territories, from cities such as Mariupol or Melitopol, the Russians take from The our masterpiecesTo sound the alarm in an exclusive interview withAdnKronos He is the Ukrainian Minister of Culture, Oleksandr Tkachenko: “Russia has declared war not only on the territory, but also on Ukrainian culture – he warns – they want to erase the culture and artistic heritage of our country.” The Minister cites some of the data in his possession: “So far, according to confirmed information from this ministry, there are already approx. 400 Cultural property destroyed or destroyed by the Russians since the beginning of the war. This happened on the entire front line: from Donetsk to Luhansk, there are cases of destruction and damage wherever there is an enemy occupation. ”

Deputy Minister Kyiv: “More than 1,600 unidentified bodies, many of them cremated”

Since the beginning of the mass invasion of the Russian Federation, “the number of law enforcement agencies has exceeded a total of 1600 unidentified bodiesThis was stated by the Deputy Minister of Interior of Ukraine, Katerina Pavlichenkoin an interview with Ukrinform, indicating that “the picture is incomplete, as we were not able to take into account a certain number of lands that are still under occupation.” He added that in the Kyiv region, “a lot has been found Completely burned corpses. In this case, no examination can be performed. The occupiers set it on fire to hide traces of other crimes.”

For the reconstruction of Ukraine, it is needed at the moment 750 billion dollarsMost of this money comes from Frozen Russian assets“. he said that Dennis SmihallPrime Minister of Ukraine, during the Lugano Conference on Ukraine. “We have created a digital map, updated in real time, of the devastation caused by the Russian invasion: partners will have access and it will be used to rebuild the country,” he added.

Von der Leyen: “Conference with Schulz after the summer on the reconstruction”

“In addition to our experience, we would like to provide external advice. Thus, with Chancellor Schultz and in close cooperation with international partners, we will organize a international conference high level after summerSo said the President of the European Commission, Ursula von der Leyen, in her opening speech at the Lugano Conference on the reconstruction of Ukraine. “We want to bring together the brightest minds and reconstruction experts in the world to ensure that this intergenerational commitment is properly implemented. This will give more confidence to all investors. He noted that your money will not only serve a good cause, but will first and foremost be spent efficiently and effectively. ”

Von der Leyen: “Kyiv must win the war as well as the peace”

“The Kremlin’s goal is to undermineexistence itself FromUkraine As a country and we will never allow it.” European Commission President Ursula von der Leyen stated during the Conference on the Reconstruction of Ukraine held in Lugano. “While we are working these days to help Ukraine win this war, we must also make sure of Ukraine May the peace that comes“.

Zelensky: “We brought Europe together and revitalized NATO”

Resisting Russian aggression, Ukraine carried out “the largest reform in the Euro-Atlantic region, we have Europe reunion And we have Revitalize NATONor have we seen it in years.” President Volodymyr Zelensky said this during the Conference on Reconstruction of Ukraine, which was held in Lugano.

Zelensky: “The reconstruction of Ukraine is the task of the entire democratic world”

“The reconstruction of Ukraine is not a domestic project, not a project of a nation, but a joint task offull democratic world, of the countries that can be called civil. Rebuilding Ukraine means restoring life principles, restoring life space, restoring everything that makes human beings.” So said the President of Ukraine, Volodymyr Zelensky, in his opening speech at the Lugano Conference on the reconstruction of Ukraine. “Obviously, this means building on a large scale. , with big finance investments and obviously a whole new level of security throughout our country,” he emphasized.

Zelensky: “Putin wants to prove that Europe is weak”

Russia’s war is not just a step to seize our land but one A challenge to the European system: It wants to prove that Europe is weak and that it cannot defend its values.” This was stated by Ukrainian President Volodymyr Zelensky during the Conference on Reconstruction of Ukraine held in Lugano. Therefore, the reconstruction of Ukraine is not just a local fact but a fact The mission of the whole democratic world“.

almost 5500 deadAccording to Russian Defense Minister SShoigu stopThe scale of Ukrainian losses in the last two weeks of fighting in the Lugansk region. “The total losses of the Ukrainian armed forces amounted to 5,469 people,” Shoigu was quoted as saying by the agency. RIA Novosti. Also, according to the minister, units of the Russian army and people’s militia in the self-proclaimed Luhansk People’s Republic destroyed 196 Ukrainian tanks and armored vehicles, 12 aircraft and helicopters, 69 drones, six long-range anti-aircraft missile systems, and 97 fighters. missiles.

The Ukraine Reconstruction Conference, which opens today in Lugano, “is a essential step Approval of the principles of international reconstruction efforts for Ukraine. President Ignacio Cassis (Swiss Head of State, soI support the Lugano Declaration and look forward to its approval. Ukraine can count on our continued support, for as long as necessary.”

Conference #URC2022 It is an essential step in agreeing on the principles of the international reconstruction efforts.

president Tweet embed I support the Lugano Declaration and look forward to its endorsement.

Ukraine can count on our unwavering support, for as long as it takes. pic.twitter.com/AZC5M0Hvpd