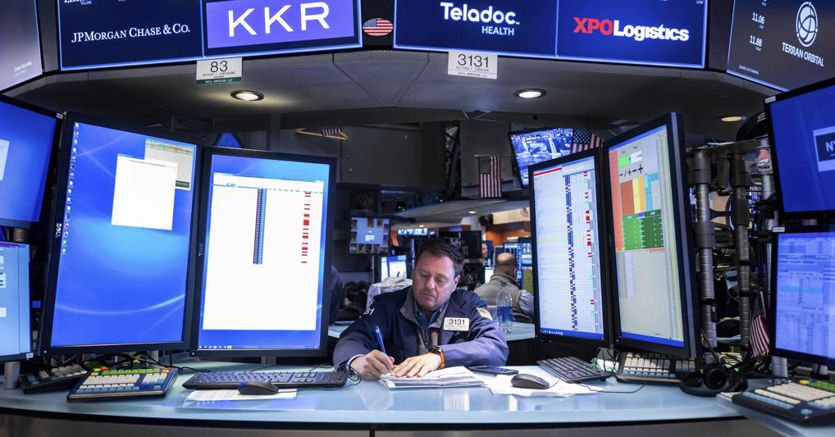 (Il Sole 24 Ore Radiocor) It spurs first steps forward in peace talks between Russia and Ukraine, after weeks of diplomatic deadlock European stock exchanges, who show their belief in the turning point in the negotiations for a ceasefire. Starting from the start, the Old Continent indices accelerated towards midday and closed in sharply higher, albeit below the highs reached at Conclusion of interviews Between representatives of Kyiv and Moscow in Turkey. Thus, the FTSE MIB Milan, dated CAC 40 Paris, dated DAX 40 in Frankfurt, the Ftse 100 in London, andIBEX 35 Madrid andAEX Amsterdam. Wall Street is positive too.

European stocks increased their pace after the parties talked about a “constructive dialogue”, with the Russian side open to reducing military activity in favor of peace talks, while Kyiv softened its position of neutrality in exchange for sufficient guarantees. All this paves the way for a meeting between Russian President Vladimir Putin and his Ukrainian counterpart Volodymyr Zelensky, which Moscow considers possible.
With oil prices plunging, and WTI falling below $100 a barrel at times, investors immediately came to terms with the new geopolitical scenario, leading to rapid gains in key European defense stocks, with buying focused on institutions. Automobiles, are among the sectors most sanctioned so far due to their exposure to Russia.

The two-speed session of the Moscow Stock Exchange, was already closed when the first news arrived about the outcome of talks between Russia and Ukraine in Turkey. The ruble-denominated Moex benchmark closed down 0.91% to 2408.49 points, while the dollar-denominated RTS index rose 7.11% to 881.59 points. All Russian stocks and international stocks of the Russian Moex Index are available for trading in the main trading mode (central order book) from 10 am to 2 pm local time. For international bonds, this is the first return to trading since the end of February. Until today, short selling in stock was not allowed. Extension of trading hours for corporate bonds.

The ruble is accelerating with the euro and the dollar, to the maximum since the beginning of the war

The ruble is accelerating more with the euro and the dollar. The Russian currency has already been rising from the start, after Russia confirmed the payment of $102 million of a coupon for bonds due in 2035 and notified the scheduled repayment next week of a $2 billion bond. The ruble, which is up 8.4% on the single currency and 10.4% on the dollar and is reaching its highest levels since the start of the war, is the encouraging news coming from negotiations between Russia and Ukraine. Specifically, the ruble is trading at 86 for 1 dollar (91.5 at the beginning) and 95.61 for 1 euro (102 at the beginning).

Back to go down in a hurry Crude oil price After the morning rises with the positive news coming from Istanbul, which eases the tension in the markets. Gas price slows: In Amsterdam, April futures are up 6% to €109 per megawatt-hour. Russia insists on gas payments in rubles, but the G7 nations are firmly opposed to it.