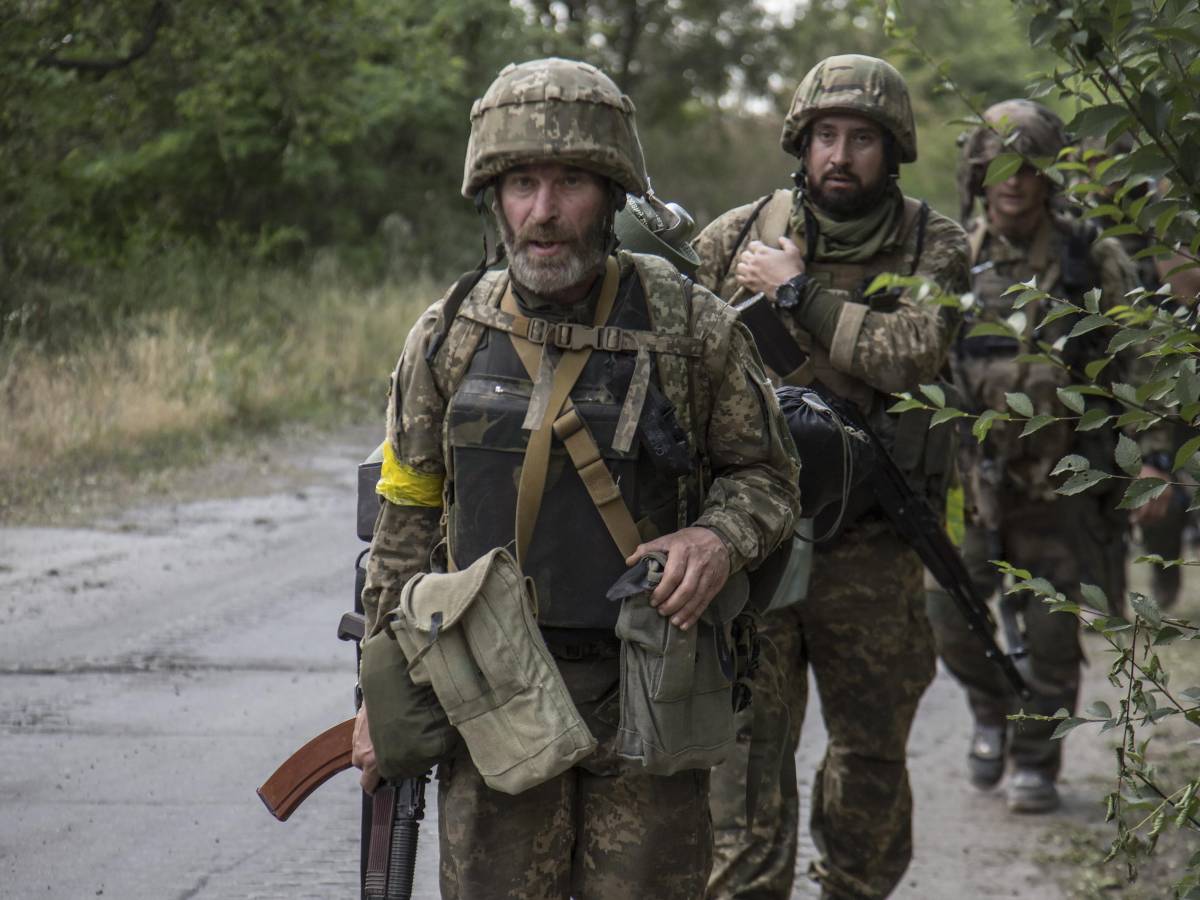 the crisis Connected to the partial blockade of the Kaliningrad Pass convince the Ukrainian president Volodymyr Zelensky To demand that Europe act now with a new package of Penalties against Moscow. Another Russian threat to Lithuania – said Zelensky in the last video he posted last night on his own channel cable – Another wave of energy pressures, another series of lies by Russian officials about the food crisis, all are arguments for agreeing on the seventh package of sanctions.” Packages of sanctions against the Russian Federation, actions that only partially satisfied Kyiv, of which whole block on the energy front. For Zelensky, the latest political news should push Brussels to act again. “Russia – continued the Ukrainian president – should feel a constant increase in pressure for war and its aggressive anti-European policy. In all negotiations, I always emphasize that the seventh EU sanctions package is required as soon as possible.”

Meanwhile, political tension is escalating after the partial blockade, decided by the Lithuanian government on Monday, of the corridor connecting the Russian enclave of Kaliningrad with the rest of the Union territory. The Kremlin Yesterday spoke, through the Secretary of the Security Council Nikolai Patrushev, from an important reaction “the Lithuanian people will be hit hard”. For its part, the European Union intervened to support Lithuania, noting how Vilnius was limited to applying sanctions, preventing goods and people arriving from them from restrictive measures in the economic sphere. From Washington They reaffirmed their “armored” support for Lithuania. Regarding the Kaliningrad issue, it seems that the political discussions will revolve around the entire Ukrainian file in the coming days.

16:12 | Belarus begins mobilization exercises on the border with Ukraine

The Ministry of Defense of Belarus today launched a ten-day mobilization exercise with military commissariats in the Gomel region, on the border with Ukraine. This was announced by the same Dicastry on its Telegram channel, confirming that these are planned maneuvers. The purpose of the exercises is to test the readiness of the military commissariats to carry out the tasks related to the mobilization of recruits.

15:55 | Schulz: “We will expand the military presence in the Baltic Sea”

Germany will expand its military presence in the Baltic Sea. This was stated by German Chancellor Olaf Schulz in the Bundestag, where he reported on the government’s positions on the eve of the EU, G7 and NATO summits. “Our partners born in the East can count on Germany,” he emphasized.

“I am grateful to Luigi Di Maio for his integrity. Italy chose the right side of history: supporting Ukraine is the only way to bring peace to Europe. Refusing to support Ukraine will encourage Russia to continue. The war and its expansion beyond Ukraine’s borders.” Ukrainian Foreign Minister Dmytro Kuleba wrote this after his Italian colleague left M5s, accusing him of “ambiguity in foreign policy”.

14:41 | Brussels: “There is no blockade in Kaliningrad, the supply of essential goods is guaranteed”

“Lithuania has been implementing the restrictive measures unanimously imposed by the European Union on Russia by the Council in recent months, in response to Russia’s aggressive war against Ukraine. It is clear that this is not a blockade, we have always said that the supply in Kaliningrad with basic goods remains unimpeded.” This was stated by a spokesman for the European Commission, Eric Mammer, in response to specific questions about the situation regarding the Russian enclave on the Baltic Sea.

He said that “Russia is redirecting its trade to the BRICS countries, following the Western sanctions that were imposed after the start of the special military operation in Ukraine. Russia remains open to partnership with countries that accept cooperation on the basis of equality.” This was stated by Russian President Vladimir Putin in a video message addressed to the BRICS Forum participants. The latter is the organization that brings together the emerging economies of Brazil, Russia, India, China and South Africa.

13:46 | Estonia accuses Russia of “fake attacks against us”

Kosti Salem, Chief of Staff of the Estonian Defense Ministry, pointed the accusing finger at Moscow for simulating attacks on his country. “Russia – we read in an interview with the Finnish newspaper Iltalehti that simulated missile attacks were carried out against us during the ongoing military exercises and they have repeatedly violated our airspace with military helicopters.”

After talks to try to break the stalemate in grain exports between Russia and Turkey, the Azov Concorde, a Turkish ship still in Mariupol, has left the port city recently occupied by the Russians. It can be read on Anadolu Agency.

The Ministry of Defense of Minsk, as reported by the Belarusian media, announced that from June 22 to July 1, the army will be mobilized for new exercises in the Humel region. It is an area close to the border with Ukraine. This last circumstance could put Kyiv on advance alert.

12:09 PM | Kyiv: “The Russians are putting pressure on Slovinsk and the defenses are holding on”

In the latest report from the Ukrainian army, there was talk of a Russian attempt to advance in the Slovyansk region, south of Izyum and the Seversky Donetsk River. In particular, according to the Kyiv General Command, the Russians are targeting with artillery the Nova Dmitrievka, Osinevka, Korolka, Ivanivka and Adamivka positions. Ukrainian defenses are holding on for the time being.

11:37 am | Russian media reported that Moscow and Ankara talks on wheat

A note from the Russian Defense Ministry was published in the RIA Novosti newspaper, according to which talks are taking place between Moscow and Ankara to unlock the restrictions on the status of grain exports. “The two countries are negotiating measures to unblock grain exports from Ukrainian ports – as follows – In today’s talks, the two delegations discussed the safe navigation of Turkish merchant ships and agricultural food exports from the country at war. The two delegations stressed the importance of interaction in the bilateral format, which made it possible to ensure The departure of the port of Mariupol of the Turkish ship Azov Concorde, the first foreign ship to leave the port of the city in southern Ukraine occupied by the Russians. ”

10:49 am | Zakharova: “The response to Lithuania? It will not be just a diplomatic response”

“Russia’s response to the ban on the transit of goods in the Kaliningrad region through Lithuania will be in the practical, not in the diplomatic sphere.” This was stated, as reported by RIA Novosti, the Russian Foreign Ministry through its spokeswoman Maria Zakharova.

10:19 AM | Fire in a large refinery in Rostov, Moscow accuses Kyiv: “Ukrainian drone is to blame”

A fire broke out in the early morning of Wednesday at the Novoshakhtinsky Refinery in the Rostov region. It is a delicate structure, as it represents the largest refinery in the south of Russia. “A Ukrainian drone was spotted by workers over the refinery area before the fire,” a source in the local authority told TASS. The drone was going to crash into one of the refinery structures from which the fire then started.

A fire broke out at the Novoshakhtinsk Refinery in # Rostov region, #Russia. It appears that explosives were dropped on the factory from a drone. pic.twitter.com/JOguzEtG54

At least 568 people will be inside the Azot chemical plant in Severodonetsk. Among the civilians present were 38 children. The governor of Lugansk, Serge Heidi, announced this in Okranska Pravda. “Now evacuating them is very dangerous – so it is safe for them to stay in the shelters,” he added.

READ  ZeroCal Care: “I will explain why NATO is now playing with the Kurds”

8:57 am | Russian bombing of the Kryvyi Rih region

Missile raids were reported in the Zelenodolsk and Apostolov localities, a few steps from Kryvyi Ri, the hometown of President Volodymyr Zelensky. Local media reported it. The area has been in the Russians’ eyes for weeks. Not far from here passes the Kherson front.

“Street fighting continues in Severodonetsk. The enemy again fired at the villages of Senetsky and Pavlograd, at the already destroyed bridges and twice at the Azot plant, damaging the plant. The Russians are trying to impede the units of the troops. Borevsky and Voronov. ” The governor of Lugansk, Serge Haiday, wrote this on Telegram, in which it was stated that Moscow forces were also approaching Lysychansk.

New weather warnings and new raids were reported in Sumy Oblast, northeast of Kyiv. To say this on his Facebook page was Dmytro Zhyvytskyy, head of the Regional Military Administration. It was assumed that there will be at least 42 incursions into the territory of the region, which was partially occupied by the Russians until early April. Drones were also used in the raids.

6:30 am | Zelensky calls for new EU sanctions against Moscow

“Russia must feel a constant increase in pressure for war and for its aggressive anti-European policy. In all negotiations, I always stress that the seventh package of EU sanctions is required as quickly as possible.” Ukrainian President Volodymyr Zelensky said in a telegram. He continued: “Another Russian threat to Lithuania – another wave of energy pressures, another series of lies by Russian officials about the food crisis, all are arguments for agreeing to the seventh package of sanctions.”

5:00 am | The death toll from the bombing of the city of Kharkiv has risen to 15

Oleg Senegubov, the governor of the Kharkiv region, said that a total of 15 civilians, including a child, died in the bombings in the past 24 hours. Russian forces continue to target the city and the surrounding area heavily.