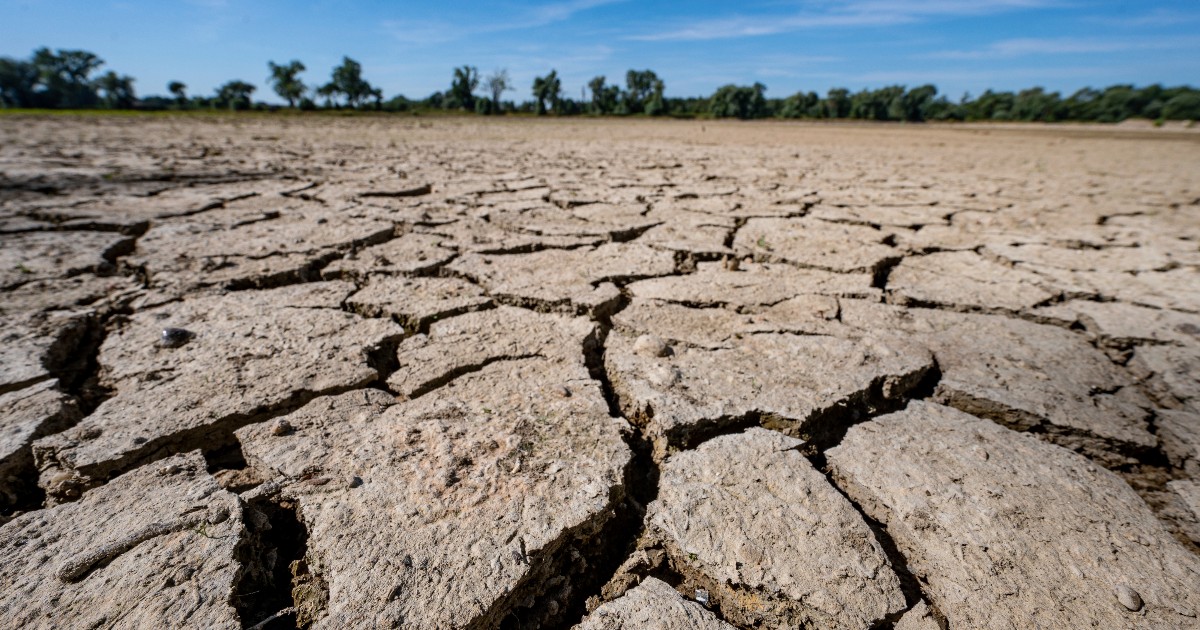 The Morocco Going through a period drought More intense and longer than ever. According to a report by the Ministry of Water, the climatic situation has been steadily worsening for two years now. 2021 was “the fourth hottest year since 1981, after 2020, 2017, and 2010”. The ministry notes that “the average temperature exceeded the usual rate for the period 1981-2010, reaching about 0.9 degrees Celsius.” Still according to the same report, a September 2021 The Maghreb country recorded rainfall oscillating on average between 11.5 and 325 mm, “which constitutes an estimated deficit of 50% at the national level, compared to the normal average rainfall in this period”. In addition, until July 18 this year, the national average Filling rate of major dams Of the country it was just 29.2%, down nearly half (45.2%) compared to the same day in 2021, or even 2020 (44.4%). The number is moving further and further from the 53.8% recorded on the same date in 2019.

Moroccan Minister of Agriculture, Mohamed SeddiqiHe expressed concern about the drought, and also predicted that 2022 would be “the worst harvest in decades.” The minister’s comments echo those of the US Department of Agriculture, which, according to Bloomberg reports, described the drought in the Maghreb country as “exceptional”.

Drought – “I haven’t seen such a thing in over eighty years of my life.” Fatima begins when asked if she has suffered from the drought that hit Morocco last year. Drinking water is rare – Fatima continues – several times Missing at home for more than 48 hours straight. We can’t wash or cook.” “In the past, we certainly suffered from hunger, but we never suffered from thirst. Now we can hardly find a drink. We haven’t seen rain for months, and all our crops are lost,” explains Mustafa, a farmer from the Beni Mellal region, on the other hand. ilfattoquotidiano.it. Indeed, the Moroccan Ministry of Water asserts that the period from 2018 to 2022 witnessed “a succession of drought years.” The area covered with snow decreased significantly in the period 2018-2022, having fallen from a maximum value of 45,000 square kilometers in 2018 to only 5,000 square kilometers in 2022, a deficit of about 89%. Also the number of days the snow he is decreased Significantly, from 41 in 2018 to 14 in 2022, or a decrease of 65% in 4 years. As a result, the volume of water flows since September 2021 is approximately 1.83 billion cubic meters, which represents a deficit of 85% compared to the annual average. The particularly alarming situation is illustrated by the fact that one of the Bigger dams The country of Sidi Mohamed bin Abdullah in Rabat, which is registered this year.Lowest water flow in its historyor 51 million cubic metres, representing a “93% deficit compared to its annual average.” But the ministry also blames it Irrational use of water It has a negative impact on the already tragic situation in Morocco. According to the religion, of the 258,931 aquifers identified between March and May of 2022, only 22,519 (8.7%) were authorized. Unauthorized exploitation of wells, as well as illegal pumping, wastes large amounts of water even before it is used to meet the need for drinking water.

READ  "Stop the fighting." Now China is taking sides: This is what Beijing is asking for

Climate change – Already in 2021 World Bank Group (wbg) has highlighted file asthenia subordinate Morocco to me the changes from my brother In its latest report, “The Country Profile on Climate Risks”. According to the study, climate change has “already put the country’s natural resources under pressure, affecting the resilience of the agricultural sector, particularly due to water scarcity”. The World Bank Group report predicts that temperatures in North Africa will rise from 1.5°C to 3.5°C by 2050 and possibly 5°C by the end of the century. Therefore, experts explain, “The rates of global warming are expected to be faster within the country.” Meanwhile, World Bank projections show a significant decrease in annual precipitation across Morocco between 10% and 20% and even 30% in the Sahara region. Then the study draws attention to Challenges faced by the North African country in semi-arid regions, as is the case with many of the communities that live in these remote parts of Morocco vulnerable Food insecurity. Morocco has already made efforts to alleviate rural suffering, allocating 200 million dirhams (about 20 million euros) to drought-affected farmers in the Rehana region of Marrakech-Safi in 2020 and launching a national water plan, worth 12 billion euros, which expects to build dozens of dams across the country by 2027, but it seems that the government’s efforts are still not enough. One of the current impacts of climate change is also greater Frequency of fires Due to increased summer temperatures, with constant averages (even for weeks) above 45°C. Since July 13, multiple fires have destroyed at least 9,000 hectares of forest in the governorates of Larache, Zane, Tetouan, Taza and Chefchaouen, all located in the north of the country. fast fire evolutionfueled by gusts of winds of up to 45 km / h, forced more than a thousand families to evacuation Seventeen villages in the burned areas of Larache, where there are still three major outbreaks. On July 21, the Moroccan Directorate General of Meteorology (DMN) reported the presence of a new weather alert, It is noteworthy that a heat wave with temperatures ranging between 44 and 48 degrees will hit the governorates of Agadir, Ida, or Tananne, Inezgane, Ait Melloul, Taroudant, Smara and Assa Zag, in the coming days, which warns the country of any new destructive fires.

READ  Hanka Hurka, the no-vax singer, is voluntarily infected for not getting vaccinated and dies. Son: "Kill him with crazy ideas"

food crisis and inflation there drought and effects they change from my brother I also negatively affect markets From the country, as well as in view of the global food crisis due to the war in Ukraine. According to data published by FAO, it is estimated that Morocco will record a 68.4% decline in wheat and barley production in the 2022-2023 agricultural season, equivalent to about 3.3 million tons. One of the most visual effects is that of Food price hikewhich reached 9.4% in April, up 5% month over month. This price increase also had a direct impact on inflation which, according to data from the High Commission for Planning (Hcp) in Morocco, rose by 6.3% year-on-year in the second quarter of 2022. A survey by HCP, 79.2% of Moroccan families say that the level of Living has deteriorated in the past twelve months. Survey results indicate that Moroccan households are generally pessimistic about each indicator, with 86% of surveyed households saying they expect unemployment to rise over the next 12 months. The World Bank warned thatInflation increase Also, higher prices for non-subsidized goods such as fuel will actually increase poverty in the region by 1.7%. “For every 1% increase in food prices in North Africa, nearly half a million people could live in poverty,” the bank added.