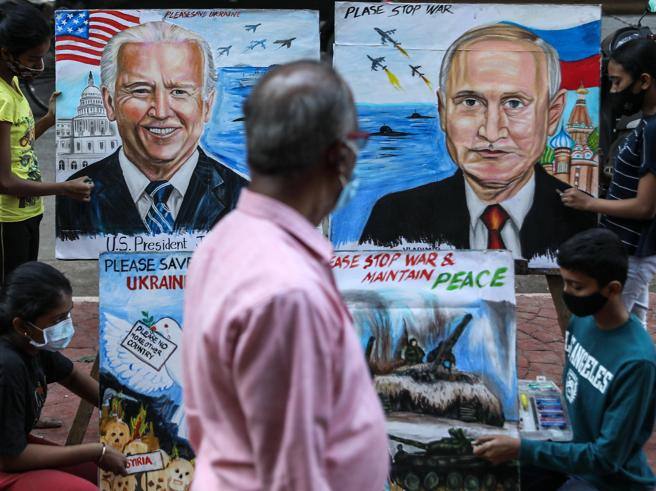 Breedlove, who led NATO, describes some assumptions for the war: Passive deterrence does not serve. Recognizing the breakaway republics, Putin wants to unleash the anger of Ukrainians against Zelensky for having “lost” the nation’s lands.

General Breedlove,
Did CBS say the day before yesterday that Putin had already given the order for the invasion? what do you mean?

Having not heard the actual request, I can’t answer for sure. But it usually works like this: you give the command to go to a location to attack from (many units have already done this). Then there’s a command we call D-Day H-hour: the date and time the process starts. At this point, everyone is waiting for “Block”, i.e. stop, or OK to work.

US General Philip Breedlove was the supreme commander of NATO forces in Europe during Russia’s annexation of Crimea in 2014. Today he teaches at the Sam Noun School of International Affairs at Georgia Tech in the US, but has been to Ukraine in the past weeks on assignment for ambassadors and commanders ex-militaries.

as a law recognition of separatist republics Who is Putin?

I think the first target is Zelensky. An attempt to instigate the people’s wrath on the president because he “lost” the Ukrainian lands.

The American press talked about three possibilities: a massive attack on a national scale or in parts of the country or even strangling him in the fist of a snake. what would happen?

There are three possibilities that attack scenarios can lead to, each with a different geostrategic goal. 1) From the north, pressure on Kiev was aimed at overthrowing the Zelensky government. 2) Invasion from the East and a message from Putin to the Ukrainian government but above all to the EU and NATO: I am here, I will impose security in Eastern Europe, you are irrelevant. 3) From the south can exert enormous economic pressure. If Mariupol was cut off and then closed or taken over parts of the port of Odessa, Ukraine would be completely cut off from the sea. Do not know if there will be blitzkrieg (lightning attack) or a national invasion, but there is a ready-made force capable of inflicting huge damage on Ukraine, the economy and the people.

At an Atlantic Council event, you said there were not enough troops for a full-scale invasion.

I don’t think Putin has enough forces for all three scenarios. But let’s think: where are the best Ukrainian troops? On the line of contact, the Russians are fighting every day near the Donbass. A horrific scenario for Russia to attack there to keep the majority of Ukrainian forces surrounded for fear of a larger attack: a “light” operation, while a “real” attack could occur in the north and south.

Can it also continue to besiege Ukraine?

Another nightmare scenario. Putin said his forces would remain in Belarus. If he keeps Ukraine under siege, he will completely destroy their economy. Belarus will never recover. It will be a puppet of Russia. Putin will be able to keep his troops there to make sure his men run them.

The cost of keeping troops at the border? Is there a countdown?

There are two countdowns. The other is the Kiev economy. I think Putin could resist more.

Are Putin and the West using different tools in this clash?

To my students, I explain the power of a country using a 10-cent coin, in English “DIME”: diplomatic, media, military, economic. A toolbox But we tend to use only one tool, sanctions, while Putin uses them all: a diplomatic mis-image in which Ukraine is committing genocide; A media campaign that reaches every social media and every email; 190,000 soldiers ready to attack; A gas game. Sanctions did not change his behavior. Negative deterrence? It also failed when Putin overtook.

READ  Someone accidentally hits the ground. Here is the answer to Kim's test