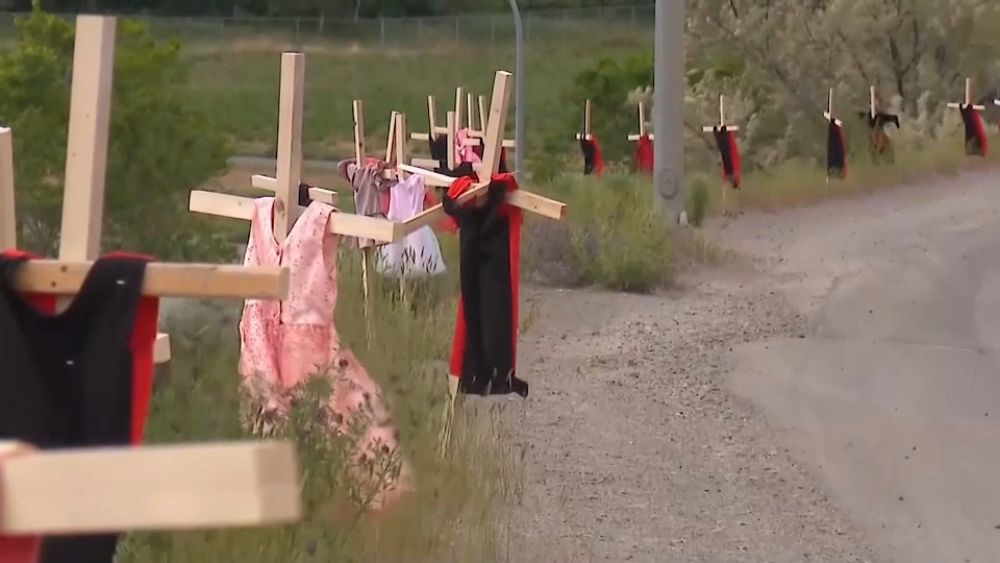 A recent discovery in May 2021: The remains of 215 children were found in a mass grave near a Catholic residential school for Catholic Aboriginal people in British Columbia. The Tip of the Iceberg: A Dark Side in Canadian History Centered on the Visit of an Indigenous Group to the Vatican

Pope Francis welcomes Canadian indigenous people to a series of talks that will end on April 1.
“We want justice and the Pope’s forgiveness,” say representatives of indigenous communities.

“Okay sorry, but in Canada”

The Assembly of First Nations (APN) is an organization of Canada’s First Nations, represented by their chiefs. It ensures representation of tribal communities.

Pontain is part of the delegation: “With this meeting with Pope Francis, we made a commitment to the Canadian Bishops’ Conference. The Pope is ready to apologize and has promised to come to Canada – He says – So, if you ask me what my personal preference is, I would say that I want to apologize to one of our communities in Canada, the First Nations community.

From 1863 to 1998, more than 150,000 indigenous children were separated from their families and transferred to schools run by the Catholic Church and born to assimilate the indigenous population.
Often abused and sexually abused, many children never return home.
The Missing Children Project, Missing Children, has documented the deaths of 4,100 young Indigenous people.

Meeting the Pope at the Vatican Survivors of First Nations, Métis and InuitIn view of a possible visit to Canada later in the year, it seems likely that he will offer precisely these excuses for the Church’s role in the colleges’ abuses.

READ  Pope Commends Our Lady of "Penitential Pilgrimage" to Canada

Greater collaboration is the desired goal: “We believe that the Catholic Church can work with Canada’s First Nations, Inuit and Métis, in the tragic story of children found in nameless graves, outside residential school institutions. Opening the records points to a common desire to use the Church’s resources to help in every way.”