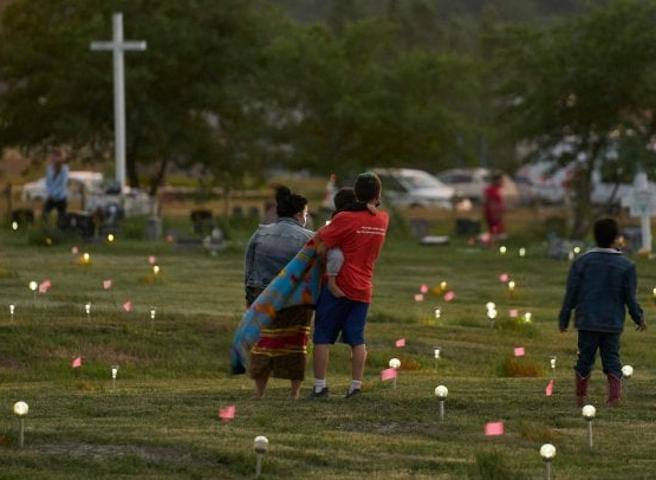 Vatican City The time has finally come. Pope Francis – Announces Conference of Bishops of Canada – will meet with the Native people Vatican from December 17 to 20: Three different talks with First Nations, Inuit and Medes groupsIt is a ‘The final audience with everyone. For years, Indigenous peoples of Canada and Prime Minister Justin Trudeau have been formally apologizing to the Pope. “Residential schools” scandal For Canadians, by the end of the nineteenth and twentieth centuries a network of government-run colleges and the Catholic Church forcibly integrated the children of indigenous peoples: an estimated 150,000 children were uprooted from their parents. From their homes between 1863 and 1998, from their language and culture.

In the June 6 issue of Angels magazine, Francis expressed his “pain” and asked for “light” on the “shocking discovery of 215 students from the Kamloops Indian Residential School in the province of British Columbia”. General anger. Fifteen days later, another 761 anonymous graves were found at the former Catholic College for Indigenous Children in Saskatchewan, which remained open until 1997.

The weather is tense, with four churches being burned a week in British Columbia, two on June 21 (Sacred Heart Church and ண்ட் St. Gregory’s Church) and two last Saturday (Sant’Anna and Sofa). David Chartrend, now vice-president of the Madis National Council, explains that they will apologize to the pope and invite him to their lands, “he has a lot to say to us.”

The “guardians of knowledge” of the elderly who have escaped from residential schools will come to the Vatican. A group of young aborigines and local bishops and leaders.

It was no coincidence that the announcement of the pastoral conference came the day before Canada Day, July 1 is a national holiday. After all, the state has a co-responsibility and the natives asked all citizens to wear orange to remember the victim. The pope’s apology at the December meeting is expected to not disappoint.

Francis has already apologized for the church’s responsibilities to Native AmericansBut he always wanted to do it in person or at the place of the country concerned. In Bolivia, July 9, 2015He recognized “the many and grave sins committed against the Native Americans in the name of God.” Paul II: I humbly apologize, not only for the crimes of the Church, but also for the crimes against the aboriginal people when America was captured.