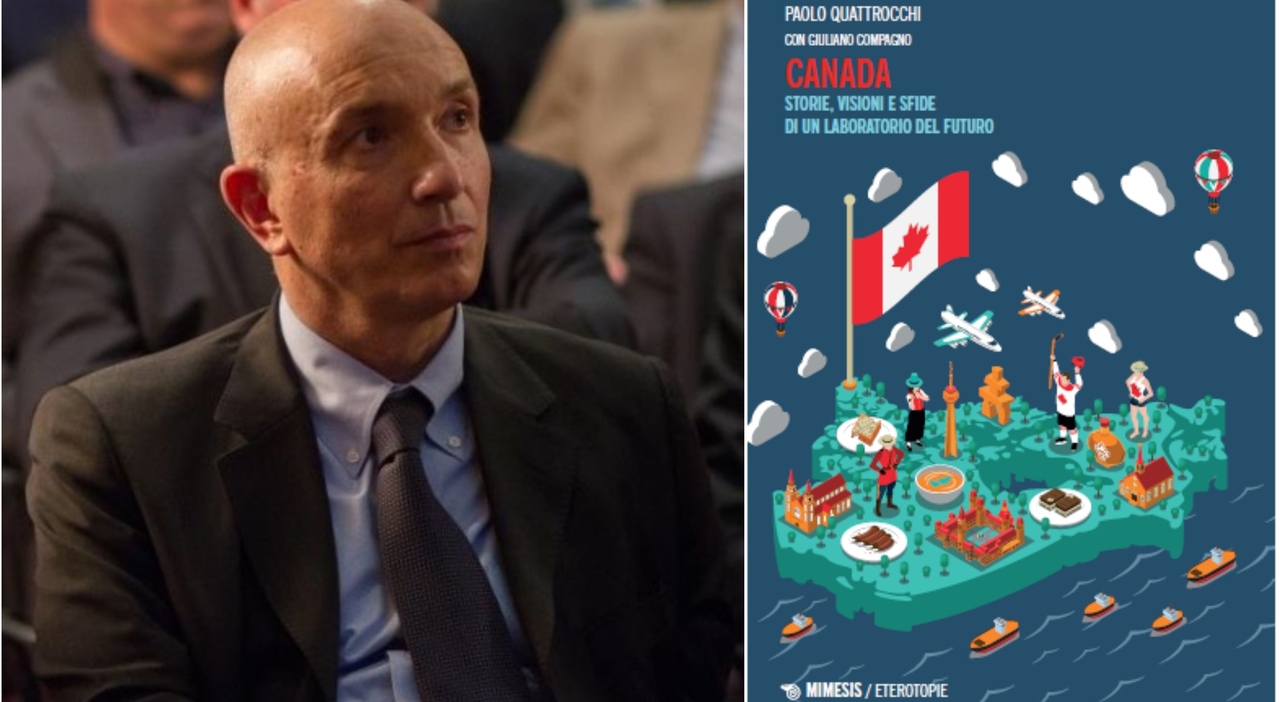 At 17, between Ho Chi Minh and Tex, he chose the latter. Although it was “out of fashion”, it was a choice “against the flow of history” that marked the seventies and required political commitment from the youth and full adherence to anti-establishment ideology. But in his early twenties, on the bus that takes him from JFK to Albany, Vancouver and Toronto in the United States, he feels that the turning point is certain: because “each of us has two birthdays.”, Paolo Quattrocchi in his “In Canada – Stories, Visions and Challenges of the Laboratory of the Future”. (a book written with Giuliano Campagno, Mimisis Edicioni) and 19 July 1977 marked his new beginning. An Italian, a Roman and a Montecian to be exact, he soon comes to realize that the country of his birth is no longer his, and that before him lies a new horizon, positive, energetic and electrifying. Hopes, “a horizon of reality” that represents Vancouver as “a place for any future.”

But his is not the classic story of a man who sets out to seek his fortune abroad. Not about a nostalgic or regretful exile. Quattrocchi is a lawyer at an important international firm in Rome, where he founded the Italy-Canada Study Center in 2017. Here he continued to work, despite a strong attraction to Canada and its people, bought a house in Vancouver in the wake of preparations for the XXI Olympic Winter Games, the charm of a tradition and the culture of civil rights “makes the place so. Far and alien from Italy “and, why not, from Calgary Transient romances, such as the 70 hours he spent with Diane on a trip to Toronto, or mature feelings for Nadi, like her beloved Vancouver, so much so that “our parting marked to a certain extent the beginning of my return journey, which, ironically, will never end and never reach its destination”.

Opening the door to an uncertain future, Quattrocchi concludes his book, which is made up of historical trajectories (from the arrival of Covanni Capoto in 1497 to Bonavista to the English and French dominions, to the recent politics of Pierre Trudeau) and differences that mark boundaries (for example, with the United States, starting with bilingualism and rejecting bipolar “ideas”. , in favor of a “diversification of interests and ideologies”; and with Italy, Quattrocchi cites some of Canada’s characteristically far-off linearity from Montanelli’s rigid writings of Italy, shrouded in its contradictions and its chronic bureaucratic and institutional paralysis). In all fields, he was contested by the country’s greatest representatives: from Neil Young (here he quotes Nietzsche: “Without music, life would go wrong”) to earth rights activists David and Severn Gullis Suzuki. From Elizabeth Arden to Marshall McLuhan. An in-depth analysis of the origins of Canadian thought and its subtleties, carried out by an attentive and sensitive observer, with the characteristics of exile, slightly idealistic, but not without a critical attitude. She was never able to make him feel like a “completely recognized and assimilated outsider.” So here it is always poised between its “opposites”, its so-called “logistical oxymorons”: Rome and Vancouver. “One,” writes Quattrocchi, “preserves for millennia works, symbols, simulacra, cults; the other is hour by hour new, unusual, uninhabited, unknown. Rome was in its past. It was too great to see itself; Vancouver was every utopia.” Fascinated is projected towards a future; one is the city of experience, the other is experiment”.

The result is a book not only for autobiographical elements, but sometimes for introspection. Above all, Quattrocchi enjoys Canada and lives as a “social laboratory” for the Old Continent, and especially for Italy. And so he proposes it to us, because “in 150 years,” we read in Postilla’s book, “Canadians have been able to create living conditions for all, based on trust and mutual respect.” Many European countries. , and a hope for the whole world. A warning, rather than an option, should definitely reflect that.

READ  5 Creative Ways To Market Your Next Project

The book will be launched in Rome on September 27 at 6.30pm at the Eli Bookstore, Viale Somalia 50 A. In addition to the authors, sociologist Derrick de Kerckhove will speak.