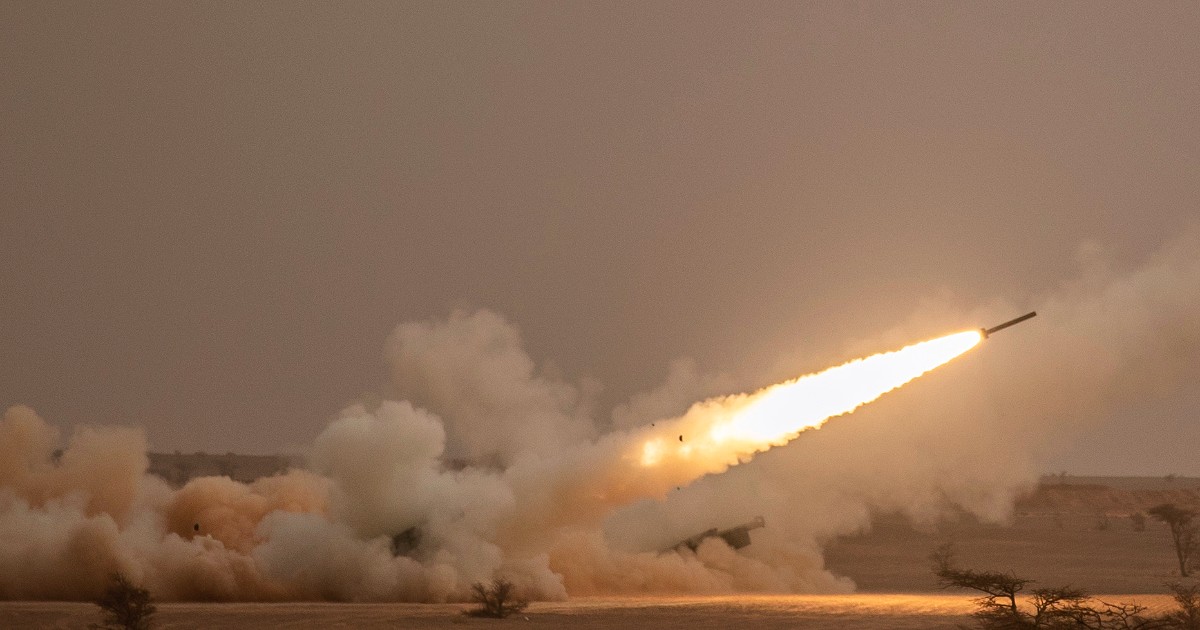 They are presented as one turning point In the context of the Ukrainian war by the President Volodymyr Zelensky Personally. They have been defined a national security risks From He fliesEnough to bring FM, Serge Lavrovto announce it Its use caused the expansion of regional goals of Kremlin In the country that was invaded by order Russian President Vladimir Putin. The truth, however, is that we often talk about it HIMARS missile system Posted by Washington for army Kyiv It is in no way able to reverse the fate of the conflict. Or at least not in the quantities offered. For her part, she gave both sides the opportunity to feed their own side Advertising.

As explained by Ilfattoquotidiano.it Marco Di Lidohead of the Russia desk at Centro Studi Internazionale (Cesi), “to think about reversing this war, which sees Russia To advance slowly, but surely, he would have needed a supply of about one Hemar batteries hundreds of pieces. We are talking instead of a project, the American project, which provides for a total transmission 16 batterieswith those already delivered which would be between 8 and 12. Insufficient numbers to cover a very wide front along which Kyiv faces a better-equipped army, despite western supplies.

A reading of the analyst contrasts with the reactions of the leaders involved in this war. On the one hand, there is Volodymyr Zelensky, who on Tuesday identified the regime as the element that could upset the military fate of the conflict. Valerie ZalognyThe Ukrainian military commander added: “We managed to stabilize the situation. The latter is complex and intense but under control. An important factor contributing to the recapture of defensive lines and positions is the timely arrival of the M142 Himar which surgically inflicts strikes on enemy checkpoints and ammunition and fuel depots.” “There is no turning point – says de Lido -, the numbers given so far make such The net distortion of war is impossible. But after continuing to demand arms from the West constantly (The last time through the mouth of the first lady Olena Zelenska fly to WashingtonAnd the so), in a time of difficulty on Earth, the President needs to continue to justify his demands. And it does so by claiming that supplies are paying off.”

On the other hand, Moscow also took the opportunity to exploit the Western move and turn it in its favour. raise the stakes. Foreign Minister Sergei Lavrov received Zelensky’s remarks to announce that Changing goals on the field During an interview with RIA Novosti He said: “Because of the supply of Western weapons to Ukraine, the objectives of the Russian special military operation in the country have changed and now it does not stop at the self-proclaimed republics. Donetsk Based on LuhanskLavrov – continues de Lido – put it at the level of national security, saying mainly, given the supply of arms with Wider scope of workFor the Federation, it became necessary to expand the strip of land separating the front line from the national border. An internal security issue. But he knows very well that 12 or 16 Himaris are not able to jeopardize the territorial integrity of Russia. ” Indeed, the batteries sent from Washington can reach 300 kmThis allows bombs dropped by the Kyiv army to cross enemy lines and reach targets on Russian soil. “This is pure propaganda – says the expert – studied by the Kremlin to justify the goals it has set for itself from the very beginning and made clear in one of the few honest statements heard so far: Ukraine, from their point of view, It’s a mistake in history that he commitssoviet union Which prevented the fall of the Soviet Union without being addressed. For this, in the geographical map of Moscow, not only Donbassbut also Kyiv And regions until Transnistria It exists only under the Russian national flag. They will do everything to make it happen, and we don’t know if they will. But they will try until the internal situation becomes so dangerous that they follow in their footsteps, as happened during an invasionAfghanistan 1979 ″.