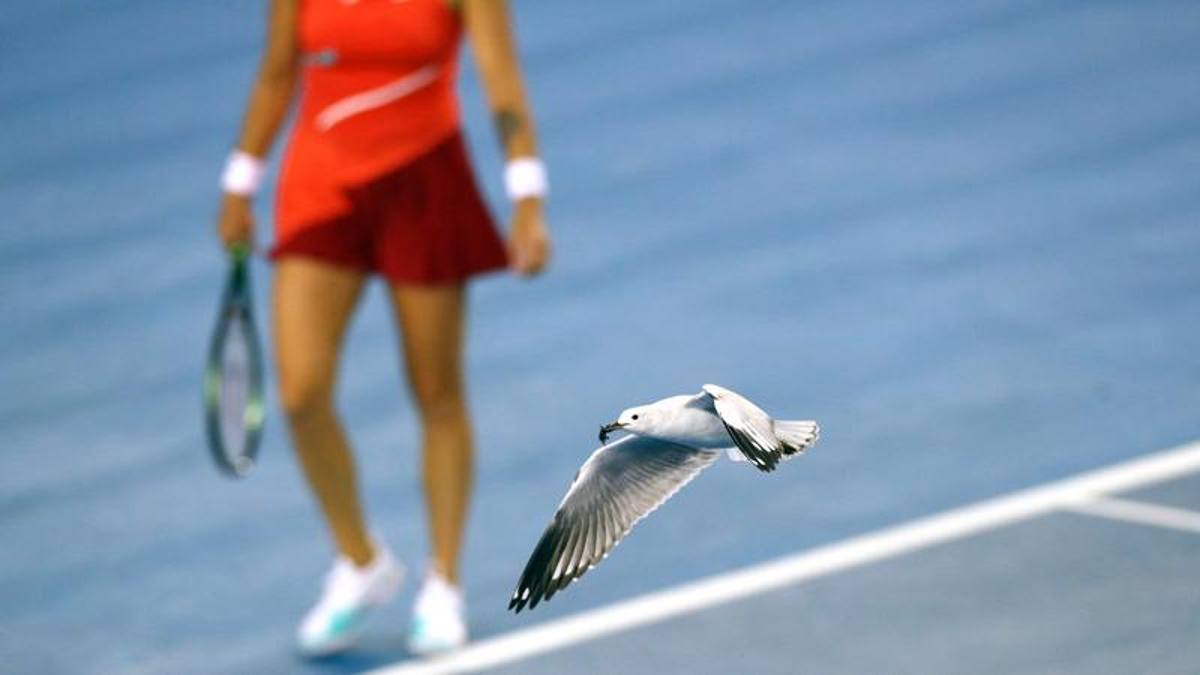 Today’s photo on day eight of the Australian Open captures exactly two sides of the sport: victory on one side, defeat on the other, two sides of the coin played by Alize Cornet and Simona Halep. After 63 attempts in her career, the French qualified for the first time in the quarter-finals of a Grand Slam tournament and could not contain her tears after winning 6-4, 3-6, 6-4 over the Romanian. The shot that went around the world contains 17 years of trying.

A few hours after the Sinner game, which a butterfly visited during the last interview, another insect disappeared into the Rod Laver Arena. However, the ball boy is very afraid to approach and this time the unwanted guest must necessarily be removed. The problem is solved by the Greek hero Stefanos Testipas, who removes the unwanted guest from the camp and from the girl.

From one type to another, the step is short. During the day’s match session, the animals still made their mark in the fields of Melbourne Park with three seagulls cutting the mixed doubles between Stosur-Ebden and Fourlis-Kubler. The unexpected invasion of the field in the Kia Arena forced the chair judge to stop the point and bring the players back.

Hot shot of the day

Today’s hot shot is all made in Russia. The sprawling Daniil Medvedev has shown all his resilience and resistance in defence, and has asserted that he is the man to beat in this edition of the first Grand Slam of the season.