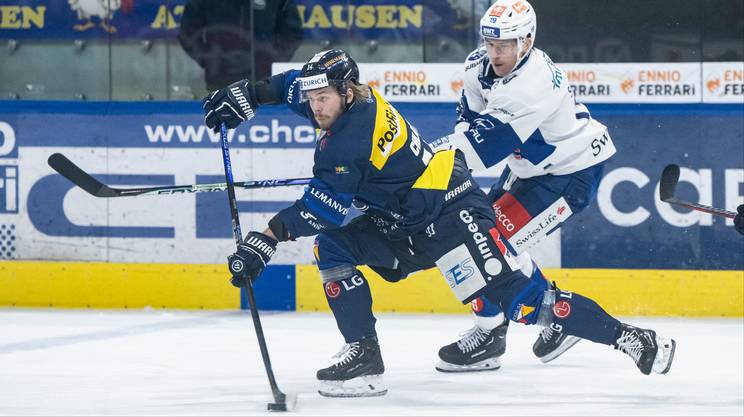 Undaunted in his last annual participation in the National League, Umbro managed to tame the Zurich Lions, losing 6-2 in front of 6,700 spectators who flocked to the rink. With Kunz between the posts and a newly discovered Chlapik, the biancoblù team responded to yesterday’s defeat by Ajoie, giving their fans a very intense match that allowed them to win with three very important points.

The match at the Gottardo Arena started ten minutes late, opening with Leventina players who immediately created two good chances. After the first goal scored by Zurich but disallowed for offside, Grassi and his team-mates opened the score thanks to Formenton in the 8’01 minute, and also had the opportunity to double their lead shortly after, with a penalty that Pistoni did not. Transformation. A few minutes after the first siren, the environment was definitely on fire, with the Canadian newcomer Del Umbro who, because of a check against Marty, was penalized with a 5′ penalty and the match and with Zurich. That with Lehtonen in the powerplay he found the way to equalise, less than a minute into a seemingly endless first half.

Upon his return from the locker room, Cereda’s men didn’t wait long to re-establish the advantage with Virtanen at 22’52, continuing to put pressure on the opposite cage. Heed was at five-for-three just 26 seconds from the second whistle. The third period started immediately on the right foot, thanks to the regular Spacek-Chlapik duo who generated an excellent play first at 40’31” and then at 43’22”, which brought his team up 5.1- to finally close the matches, after the goal he conceded Woolmark, it was Pistoni who took care of him after an excellent pass from McMillan.