The SIJ Acroni Jesenice HDD is just one win from his first historic Alps Hockey League title. The Slovenes prevailed 4:1 in Odegar, marking Match 3, against Migross Supermercati Asiago Hockey, on Thursday, taking advantage of 2:1 in the “best-of-5” series. Now the Red Steelers have a chance on Saturday to win the title in front of their fans. Valcome.tv will broadcast the match live from 19:50. 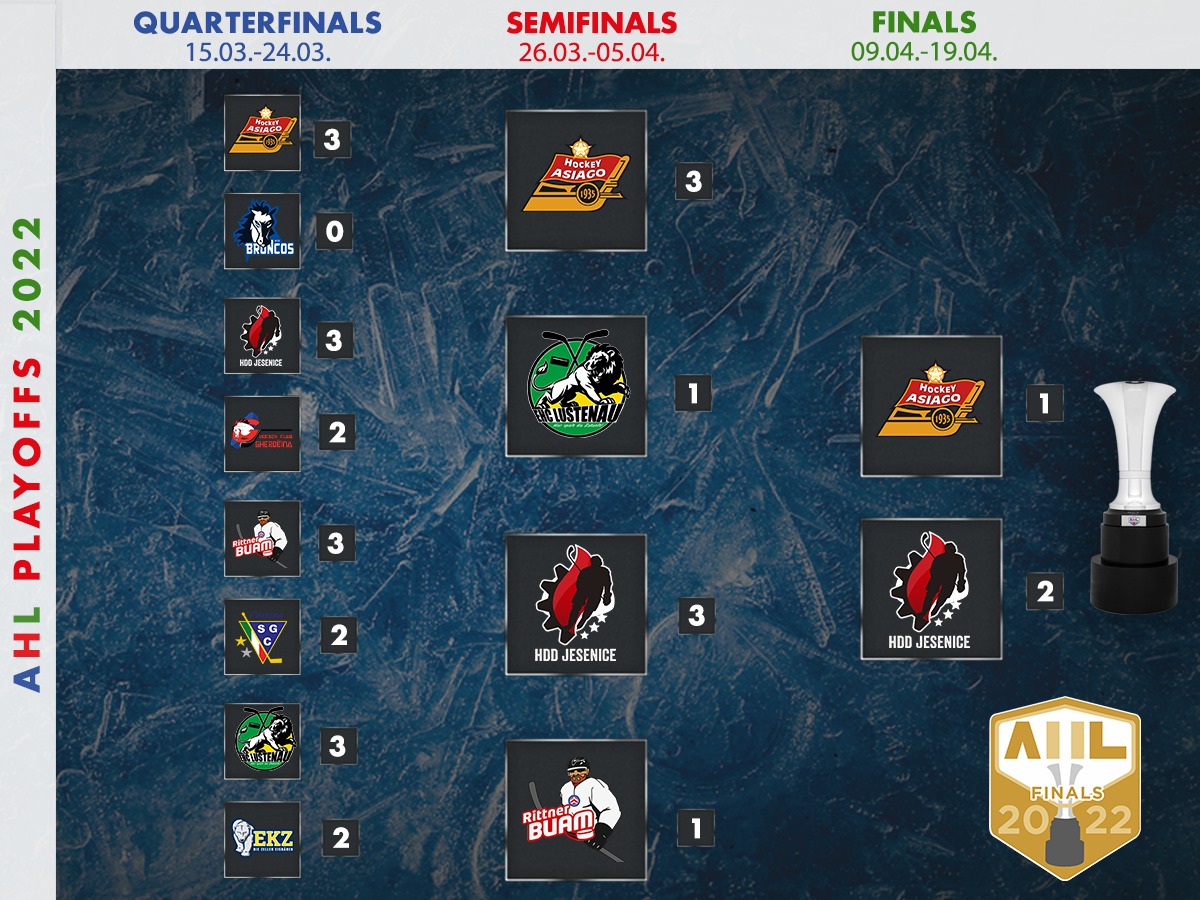 At the end of a tough match 3, Jesenice earned his first match point in this Alpine final, the 2021/22 season. The third final chapter that saw the two teams tied at 1:1 five minutes before the end of the third half, when Jasa Jenko scored the winning goal for HDD SIJ Acroni Jesenice. Shortly before the end of the match, Jasper Glavic scored two goals, in the case of an empty goal, thus setting the final score that nevertheless saw Asiago, for long periods, the true master of the competition. But in addition to the defeat, Migross Supermercati Asiago Hockey has to deal with another problem: the goalkeeper, Gianluca Vallini, had to leave the field ten minutes before the end of the match due to injury and was replaced by Luca Stefan. Vallini’s employment on Saturday is highly uncertain.

But the surefire protagonist in the third final challenge was the extreme Jessenis who ended up in the spotlight. Swede Oscar Frobberg saved 54 of the 55 shots thrown at his goal, which means a 98.2% save rate. Fruberg, in his first season in the Alps, was the best goalkeeper in the entire AHL for the first three months of competition in the current tournament, stats are on hand, before a knee injury at the start of December kept him out of the league. Tracking for more than fifty days.

In a series finale, Asiago trailed 1:2 only once. In the end, the star failed to win the title against Ritten in 2017 (with a best streak of seven, though). But there is precedent that gives hope in the now long rivalry with Jesenice. The memory continues, in fact, to last year, to the Alpine semi-finals, always against the Red Steelers and always in the top five races: Michel Marchetti’s double allowed the star to go to the final in the fifth and a decisive match played with Dvorana Podmežakla with Asiago who had to win (2:1) to go to the finals with Ljubljana as it already was. Should Saturday’s stellar success, the series will go to the fifth and decisive race 5 which is scheduled for Tuesday night in Odegar. But Jesenice will try to end the dispute in front of his fans. We remind you that the fourth match of the 2022 World Cup will be played on Valcome.tv on Saturday from 7.50 pm.

Meanwhile, striker Daniel Mantenuto, for two seasons, one of the main points of the star-studded attack, does not hold back from a match inside or out in which he plays a very long season: “ We are still very confident. Nothing has been decided. Under pressure, this team can do their best. We know we are bound to win. A bit like last year, in the crucial race 5 in the semi-finals of the Alps and always in Jesenice when we were able to overtake us in the final. I think we have many qualities and in attack we have to find goals after we failed to score more than one goal in the fourth match. If we play our game, we have many opportunities to draw the series.” So a meet in race 5 for the final?: ” definitely. We will do everything. not finished yet. We want to go back to Odegar on Tuesday.” What do you think of Jesenice’s strengths? ” They have great game structure and technique and they are always consistent. But unbeatable.” About the Asiago goalkeeper for the fourth match: “Whatever goal will be the best solution in Race 4.“