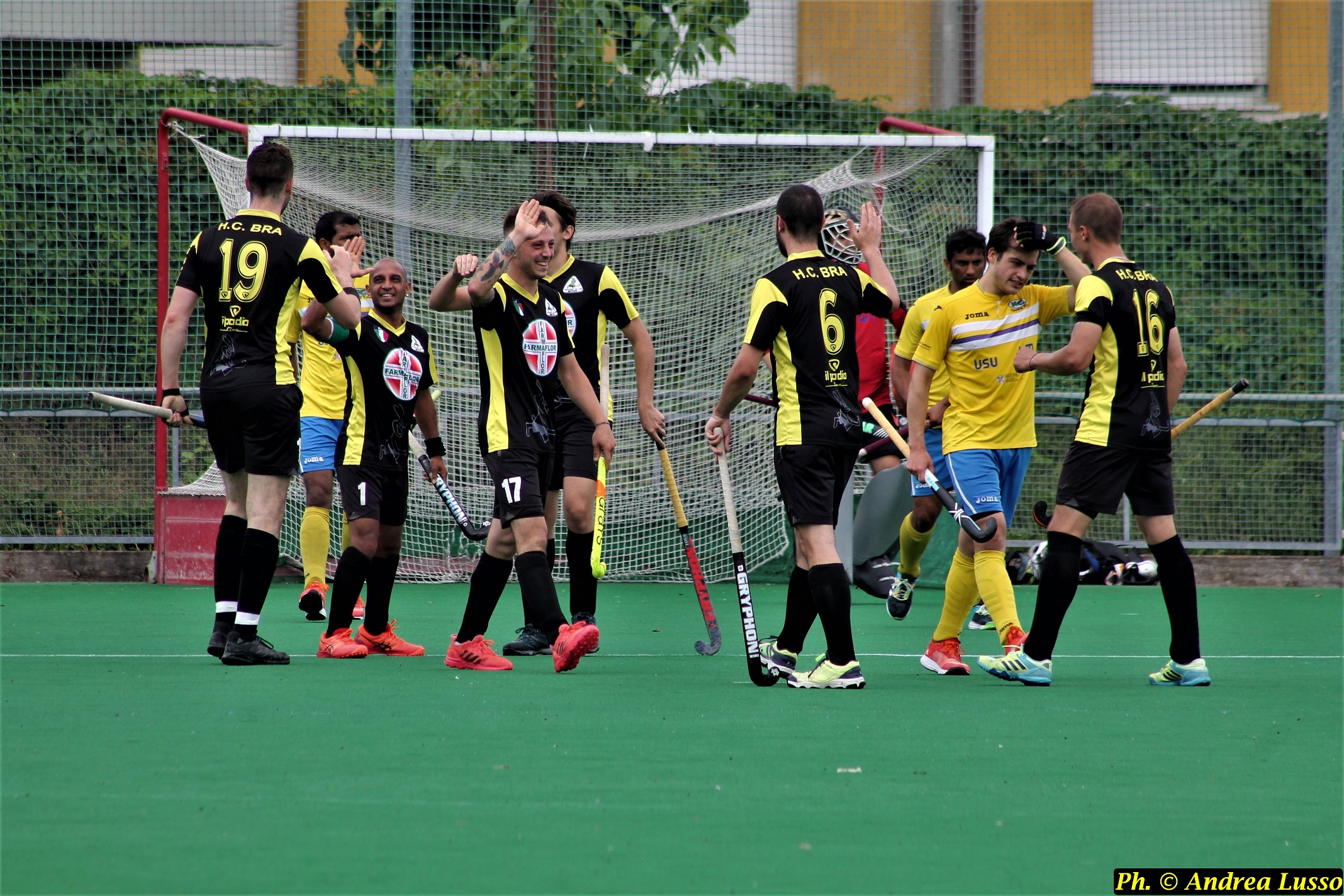 In the best possible way, the HC Bra team (on the friendly court “Lorenzoni”) won by reaching the semi-finals of the Scudetto on grass next weekend and with the fourth final scheduled, precisely, in Zizzola.. In the last match of the regular season, which was held today, the Galloneri (with the appearance of great maturity and concentration) defeated Tipper Euro in Rome for 2-0: Critical goals by Andrey Kochlenko (momentary 1-0 in short, in the first quarter thanks to the Ukrainian stone) and Priyesh Bhana (2-0 at the beginning of the third quarter).. It is worth noting the return of Marco Garpaccio to the field. It was necessary to win with the already qualified Tiber, and thus the battleship “Bra” was “accomplished”. Group A ends with Tevere on top at 39 points, HC Bra on the wheel at 38; In group B: Polisportiva Ferrini 38 and Amsicora 36. Saturday 11 and Sunday 12 June, in the lifts of “Lorenzoni” in viale Madonna dei Fiori, Tricolor 21/22 will be awarded on the lawn, male,. The semi-finals on Saturday: HC Bra-Polisportiva Ferrini (Cagliari) and Amsicora (Cagliari) -Tevere Eur (Rome). Sunday, the decisive races.