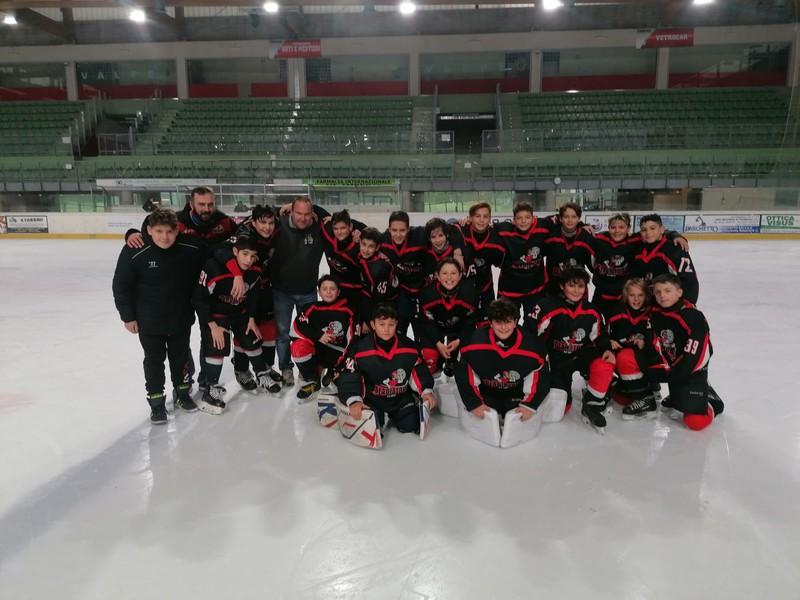 Complete U13 trophy at Torre Pellice, after a painful initial period that ended 1-1, Coach Picco’s boys entered the match and took over the game by inflicting partial on the Bulldog 6-2, 6-0 at second and third, respectively. 3 very important points confirm the third place in the tournament and keep the chances of qualifying for the final stage alive.

A point earned by the Milan-based Ihl1 Gladiators that leaves a bitter taste in the mouth, not for the score but for its many absences.

The team of gladiators presents themselves in Milan with a low formation and with many young players doing so well that they take the lead first in a 4 to 1 ratio and in the middle of the third time at 5 to 3.

Fatigue comes into play and Milan players reach 5 to 5 at the end of the game. The extra time is over, but the mockery of the good performance of coach Latanzi’s sons comes to penalty kicks.

Point in any case leaves hope of reaching the playoffs.