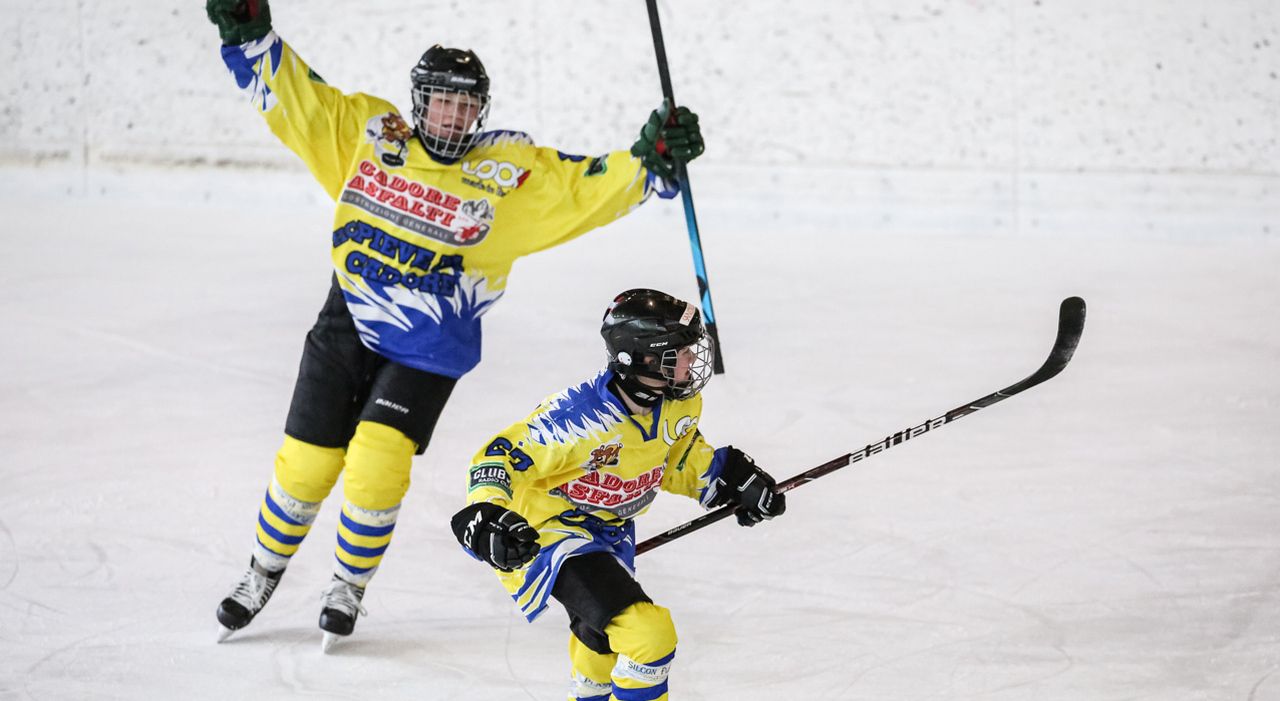 Cadore/Zoldo, Italian U-13 ice hockey champion. Little big business. A very big and small team. A joy for many families and especially the Zoldo Valley, which in recent weeks has been forced to face very difficult situations (fires, “impossible” roads, boys forced to get up at dawn to go to school). Sports are a separate world, maybe, or they may be able to get the best out of environments that have a port and valve development in winter sports. The Decisive Match Yesterday: After winning 5-2 last Saturday in Match 1, the mixed team of Zoldo Ghiaccio and Cadore Hockey Club (formerly known as Pieve di Cadore) won in Alto Adige, in Bressanone, today, Wednesday, against another mixed. The team, Vipeteno/Bressanone. A very clear and deserved result: 11-6. These are the names of the team of players, because two women also play on the team: Leonardo Arnoldo, Jordan Baldessara, Daniel Casella, Filippo da Ross, Lorenzo de Carlo, Aurora di Fante, David de March, Chris de Villa, Stefano Dusin, Matteo Granzoto, Victor Meneghetti. , Samuel Murillo, Christian Levis, Ina Bancera, Thomas Benatza, Katia Boloni, Alessandro Sartori, Etienne Schusel, Niccolo Triber and Davide Fota.

READ  Important weeks for the future of Italian football: this is how the league is ready to design a path to reopen at the entrance to the chests. But not everyone in the Italian league agrees with this project