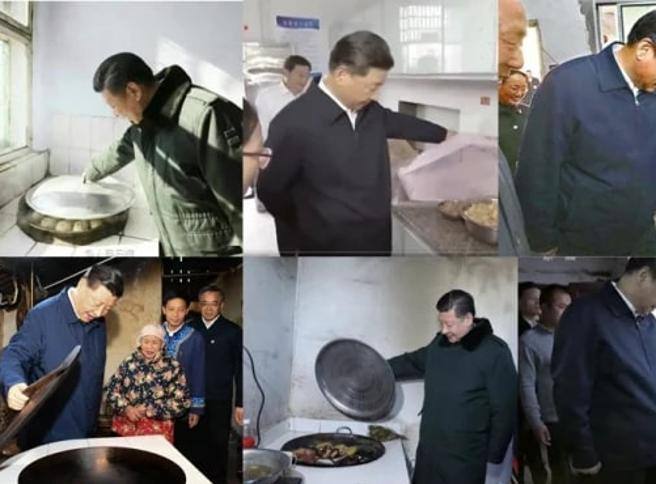 Xi Jinping’s passion for the food of the voracious masses: a way of indicating that China (in his day) emerged from the nightmare of the great famines. The cake metaphor recipe for growth policies

Xi Jinping He has a passion: when he goes to inspect the distant provinces of the Chinese Empire and enters the homes of ordinary people Likes to look in the fridge and in family pots. On Mandarin social networks you can find a number of pictures of the Communist General Secretary who Smells like boiled, stewed and stewed meat. A way to show yourself close to One of the main concerns of the masses: eat three meals a day. Biblical famines caused by floods and droughts have plagued China for thousands of years. The last time the disaster was caused by the “Great Leap Forward” Mao Zedong ordered in the late 1960s to launch forced industrialization. The agricultural crisis has killed tens of millions. In rural China, old people are still greeted ni chili ma?Which literally means have you already eaten? It brings back the pain of times of extreme hunger.

no escape Food metaphors also enter the political debate. Xi launched a new streak of shared prosperity, which promises to redistribute national income more equitably and put an end to troubled capitalism. In China some commentators started talking about it A new cultural revolution And in the West, many analysts advise against betting on investments in the world’s second largest economy. In Beijing, they are concerned and eyeing a slowdown in growth, which fell in the third quarter of 2021 to 4.9%.

At the end of October, Xinhua intervened with an article titled Ten Questions on the Economy. In the form of an anonymous personal interview (In 2016, the same formula was used to warn that a growth model based on unlimited corporate credit by state banks would wreak havoc.) It was then said that Xinhua’s source was Liu He, the deputy prime minister in charge of the economy and closer to Xi’s heart and mind than Premier Li Keqiang.. Now the authoritative figure is back to explain what shared prosperity really means. It uses cooking metaphors. The new plan It doesn’t require everyone to eat from the same bowl of rice, n threatens to pull out the rich to give to the poor, the redistribution of prosperity must be gradual for all (perhaps the red capitalists can now breathe a sigh of relief and with them the financial markets). The mysterious figure reveals an internal partisan debate: We must understand Because we’re back to the “cake discussion” after ten years. China must decide whether it is better to insist on making a bigger cake in order to have more slices to divide among all in a long and indefinite time, or whether it is better to make a cake of better quality. If translated, it means abandoning the pursuit of the continuous and massive increase in GDP, with its imbalances, or reforming the system to pursue quality and sustainable development.

Beijing scholars remember that in 2011 he was the first to talk about shared prosperity and the quality of cake Bo Xilai, Chongqing’s president who had hoped to beat Xi in the race for the party’s general secretary. Poe was defeated and sentenced to life imprisonment for embezzlement in a dramatic and mysterious trial that began with the murder of a British friend. Conclude the interview with the authoritative character: To achieve shared prosperity, the premise is to expand the pie by developing a higher quality. When the pie is divided, the middle income of the population must be expanded, lower wages raised and higher incomes adjusted.. A very inconspicuous recipe, as a multi-star chef will be required. Xi Jinping prepares himself by looking into the kitchens of the masses.

READ  Zelensky: "Only end the war with Putin"