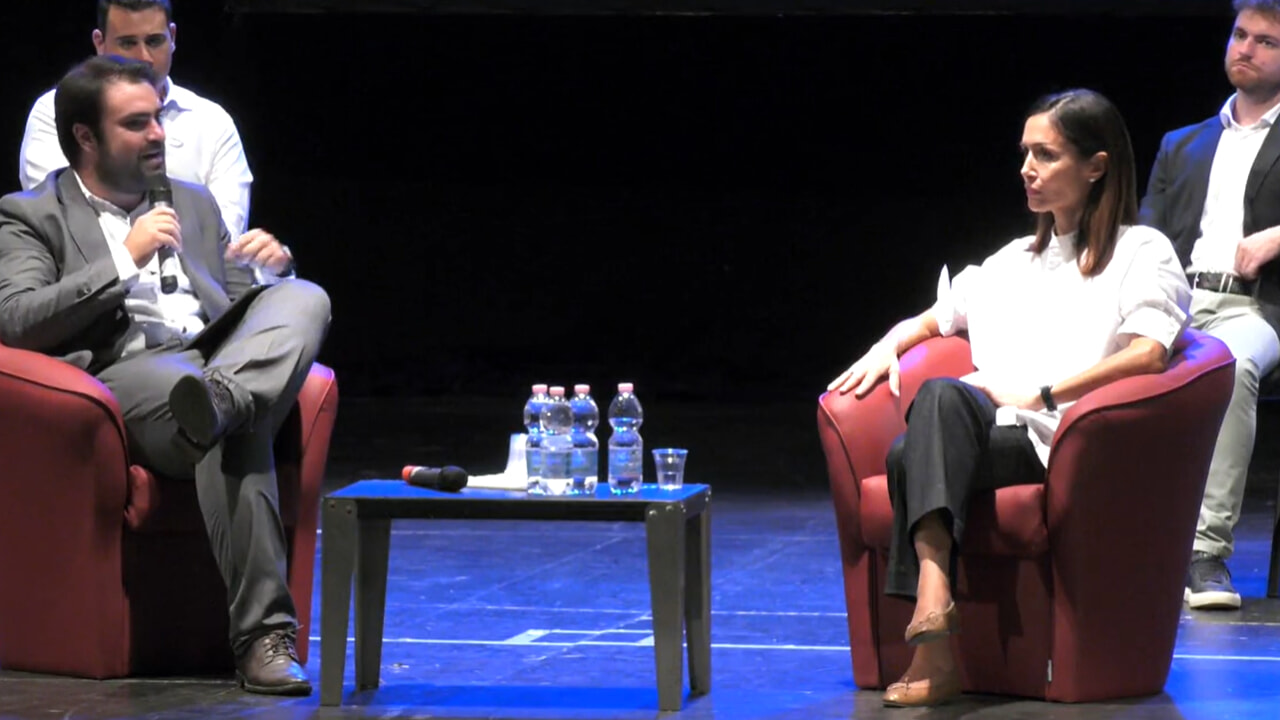 “The space of the third pole, which I like to call the pole of seriousness, concreteness and responsibility, exists and is growing more and more every day, because there are millions of Italians who are fed up with old politics, old schemes, dirty politics and unfulfilled promises.” Mara Carvagna, Minister of the South and Regional Cohesion and Leader of Puglia in all the multi-member constituencies of the Third Pole Chamber (Action – Italia viva), to present, in the evening in Bari, the Puglia candidates for ‘Italy in earnest’.

He claims work done with the Draghi government, commitment to the South, and spares no criticism from his opponents, starting with the 5-Star Movement and Giuseppe Conte. “A government that gives answers, and that faces emergencies that we have to deal with, is not brought down, just because Giuseppe Conte cannot bear the thought of seeing Draghi in his place in Chigi’s Palace. The Italian is not home anymore. The illustrious in the world to allow the poor Salvini , who has collapsed in the polls, to join Meloni.” “Where is the feeling of the state in what has been accomplished? Of the things that are not worthy, in the past five years we have seen a lot. We have seen parties like the Five Stars who said they would not make alliances, neither on the right nor on the left, who, in order to stay in power, ruled First with the League and then the Democratic Party, always with the same Prime Minister, who first signed Salvini’s security decrees and then became a point of reference for Italian progressives.The competition with Draghi speaks of democratic discomfort, because he says that the provisions of the Draghi government will be overthrown from above, he is the head of the Dpcm, acts fall Administrative by definition from above every three days. “We have seen parties like the Brothers of Italy who say they care about the country, but in the midst of the pandemic, in the heart of the Covid crisis, instead of lending a helping hand to the government of national salvation, they have stayed comfortable in the opposition to ride the protest. Then there are parties like the Democratic Party, powerless to growth, to follow the path of reformism, which only succeeds in chasing first the populists in the Five Star Movement and then the extremisms of the radical left.”

“We said – we said Carvagna – we would like to make Italians understand that next September 25 they will find themselves at a crossroads, not between right and left, but between the politics of promises and the revolution of realism, seriousness and credibility. Mario Draghi began 18 months ago, allowing our country to grow, that revolution that We also started it in the southern regions, because for the first time the south was not treated as a lost cause, as a land to be helped through bonuses and subsidies. The government of the cyclists of the south considered the second engine of Italian development, an opportunity for growth. It is from this logic that arises the decision, for which we fought , linking 40% of the resources of the National South Program to the South, amounting to more than 80 billion euros which means services, rights, infrastructure, opportunities and funds used to open construction sites, some of which are already open such as those of Naples Bari “.

“I am proud to claim the work done with Mario Draghi’s government for the benefit of the South – said Mara Carvagna – because I know that if this work continues it can truly improve the quality of life of the citizens of the South and the vitality of the economic fabric and entrepreneurship. And then, every vote given to Action, every vote given to Italia Viva, in Kalinda, is a vote to defend this work and avoid the danger of this work being interrupted,” the minister said again, sounding the alarm about the possibility of a “stop” to the path that began with Pnrr. “The right-wing platform talks about renegotiating the recovery plan. patriotism and resilience, but that means blocking it, because we have a strict timetable, and if we don’t respect it we won’t have funding, and we’ll simply disrupt construction sites and repair work between the north and south of the country.” Campaign”.