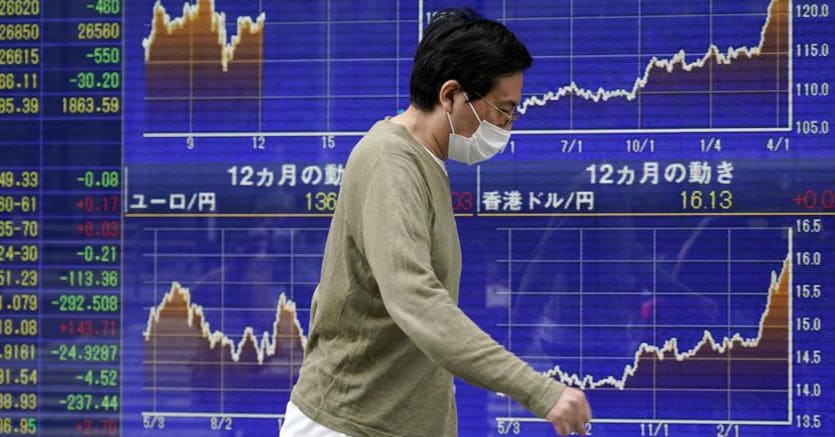 It’s Easter Monday marked by a mixed trend for Wall Street Stock Exchange after the weekend. New York indices turned negative in the early hours, with concerns about higher interest rates and rising inflation on Wall Street despite some better-than-expected earnings results from banks.

The central bank has already raised short-term interest rates once and investors expect to raise interest rates in the coming weeks. The Fed is also preparing for a sharp turnaround in its massive effort to keep long-term interest rates low. Bank of America rose after beating expectations and outperforming its competitors, while Schwab’s performance fell after a weaker-than-expected quarterly report. Twitter, after a low start, went positive: In recent days, the company has taken defensive action against the acquisition of Tesla CEO Elon Musk.

Meanwhile, corn hit a decade high on the Chicago Mercantile Exchange amid fears of shortages caused by the war in Ukraine and sanctions against Russia, major exporting countries. As Bloomberg points out, despite the growing demand for the American product, including from China, rising fertilizer prices are prompting American farmers to replace corn with soybeans that require less.

The closure contrasts with the Chinese stock exchanges, with the repercussions associated with the various shutdowns in the country due to the Covid-19 wave not being known: the Shanghai Composite Index fell by 0.49% to 3,195.52 points, while the Shanghai Composite rose by 0.49% to 3,195.52 points. 0.43% to 2022.52. Investors were also influenced by the decision issued on Friday by the Chinese central bank that did not suddenly touch the interest rates on medium-term loans (Mlf), leaving them at 2.85%, limiting the interest factor to 0.25% instead of the compulsory reserve (RRR) of banks, and liberalizing Resources of $83.2 billion, less than markets expected. The central government, in addition to its annual growth target of 5.5%, has embarked on a cycle of monetary easing: last week it explicitly mentioned pumping more liquidity while reducing reserve requirements, sealing the first step of its kind. in 2022.

Bitcoin at its lowest level in one month

Bitcoin has fallen to its lowest level in more than a month, in the scenario of the general suffering of cryptocurrencies, punishable by investors’ aversion to risk. The largest token in the cryptocurrency market fell 4.2% to $38,580 on Monday. The second largest coin, Ether, fell 4.7% to $2,902. The value of the global cryptocurrency market is down nearly 4% in the past 24 hours to $1.9 trillion, according to prices from CoinGecko.