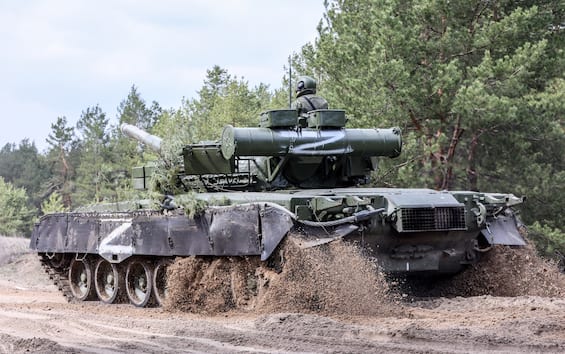 Sad, angry but happy. This is how Kevin Schiapaloni introduced himself on Facebook, the 19-year-old student who went to fight in Ukraine with the resistance and was investigated by the Genoa prosecutor’s office because he was considered a mercenary. The latest traces go back to August 1 when he posted a photo on Instagram showing his middle finger to the photographer, almost certainly another young fighter in the Ukraine International Brigade with a light machine gun and wearing a helmet, with his face hidden by a pair of dark glasses and a balaclava. In another shot, hidden in the woods, he observed a point on the horizon with binoculars. On June 6, he posted a photo of a Shepherd puppy in his arms quoting Charles M. Schulze, author of Linus: “Happiness is a Warm Puppy.” But in the post, to a friend who asked him how he was doing, he replied: “The day before yesterday I lost a friend.” And again, elsewhere, he is with two friends, in military fatigues, faces bare and smiling in Krakow, Poland on April 29, a few days before volunteers (with a Spanish boy) cross the border with Ukraine. As shown by social networks, the boy’s passion for airsoft games and his struggle in Casapound to participate in the events of neo-fascism not only in Genoa, the anger of a boy from the suburbs spew out in a well-known famous gym in Cornigliano, a neighborhood where he lived with his mother before deciding to go to war in Ukraine to fight Putin.

READ  India wants to double imports of Russian oil. Refined products are also sold in Europe and the USA