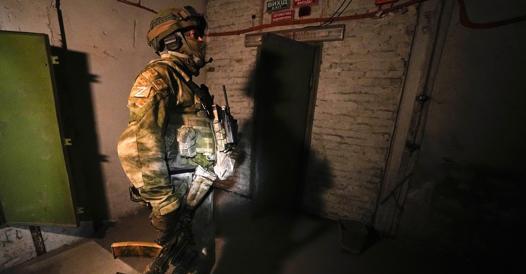 News of the war on Tuesday, June 14, live: Ukraine’s president orders more artillery pieces, and the United States pledges to supply it with the necessary weapons. The Russians are advancing towards Kharkiv

• The war in Ukraine Arrived on day 111.
• Russia welcomes Mediation efforts of the Holy See In the conflict in Ukraine.
• While confirming Schulz, Macron and Draghi’s visit to Kyiv on Thursday, a meeting with President Volodymyr Zelensky is scheduled.
• Italian Prime Minister today in Israel.
• Ukrainian forces are surrounded in Severodonetsk and those Ukrainian military units have two options: follow the example of their colleagues and surrender, or die. Governor: All bridges have been destroyed.
• NATO Secretary: If Kyiv withdraws its forces and stops the fighting, Ukraine will cease to exist as an independent and sovereign country in Europe. over here Latest military update.

The direction of field operations, nowadays, seems quite clear, to the Ukrainians, who are at the moment in conditions of obvious technical inferiority, given the very large number of artillery pieces deployed by the Russian army.

The difficulties were recognized by the Kyiv General Staff itself, which explains in its publication how the Moscow forces are now focused on trying to gain complete control of the village of Bogorodishin, in the Donetsk region, and create conditions for the development of the offensive on Slaviansk.

In the direction of Severodonetsk, in the Luhansk region, the Russian troops strengthened their presence, moving two tactical groups of the two battalions to the area of ​​\u200b\u200bthe Kremina-Rubizny settlements. With artillery support, the Russian army carried out offensive operations in Severodonetsk, trying to gain a foothold in the now isolated central part of the city.

READ  In Spain, sex without consent is considered rape

The leader of the Donetsk People’s Republic (DPR), Denis Pushlin, asked Russia to deploy more Allied forces: an agreement was reached, he told TASS, that all additional forces needed for the Allied forces would participate, mainly from Russia.

Ukrainian President Volodymyr Zelensky has urged the West to send him modern weapons to stem the horrific human cost incurred by Russian forces, as the key city of Severodonetsk has been cut off from the rest of Ukraine since Tuesday after the last connecting bridge was destroyed. Zalensky insisted that weapons were urgently needed, while Kyiv reported that 100 to 300 of his men were killed each day. Only modern artillery will ensure our advantage, the 44-year-old added, saying he is confident in the ability of his army to liberate the region, including Mariupol and Crimea.

Its Russian and Soviet weapons ran out of Ukraine, and it now relies solely on weapons supplied by foreign allies, including Western artillery, according to US experts. Washington first began delivering heavy equipment such as howitzers to Ukraine, then advanced equipment such as HIMARS rocket launchers, and high-precision artillery pieces with a greater range than the Russian army.

The United States is committed to both Indo-Pacific frontTo make sure it’s free and open, to make sure Ukraine has all the weapons it needs to defend itself An unjustified war. This was stated by US Defense Secretary Lloyd J. Austin, according to reports from the Pentagon, during his visit to Bangkok. In Brussels, where I will be participating in the NATO Defense Ministers’ meeting, my first point will be to call for a third meeting of the Contact Group on Defense of Ukraine: An important opportunity to bring together our group of partners from all over the world, increasingly, to ensure that we provide Ukraine with what it needs now. Austin, wishing to emphasize on his Asian stages, said that we will listen directly to Ukrainian leaders, led by my dear friend and counterpart Oleksii Reznikov, and intensify our joint efforts to meet Ukraine’s priority requirements for self-defense. The United States is able to participate on both fronts, the Indo-Pacific and European with NATO.

00:51 – Kyiv, the Russians are advancing towards Kharkiv

The Russians are advancing, albeit slowly, in the Kharkiv region, the second largest city in Ukraine and located in the north of Donbass. This was stated by the Chief of Staff of President Volodymyr Zelensky, Oleksiy Aristovich, during a televised address. He explained that the Russian forces in the region received new reinforcements and were able to achieve success in the field, but fortunately the progress was not rapid and at the moment the Russian invasion of ancient Saltov was denied to the east of the region, where there is a military settlement. But the capital itself was attacked by Moscow artillery for a few days.

10:13 p.m. – Ambassador in Berlin, without German heavy weapons we wouldn’t make it

Without German heavy weapons, we unfortunately would not be able to conquer the massive Russian military superiority and save the lives of soldiers and civilians. This was announced by the Ukrainian ambassador in Berlin, Andrei Melnik, to Dpa. Meanwhile, Chancellor Olaf Schultz reiterated his country’s commitment to providing Ukraine with the promised weapons, including the latest systems they need for training, currently underway, and essential for their use. The German Prime Minister said that Russia could not, should not and would not win this war. He then asserted that Germany would defend every square inch of NATO territory.

21:47 – Zelensky: a horrific battle in Severodonetsk

The human cost of the Battle of Severodonetsk is very high, and it is simply terrifying for the Ukrainians. Ukrainian President Volodymyr Zelensky said in his daily speech on Telegram.

He urged that we are dealing with absolute evil, and we have no choice but to go forward and liberate our lands, and renewed the appeal to the West to supply it with arms.