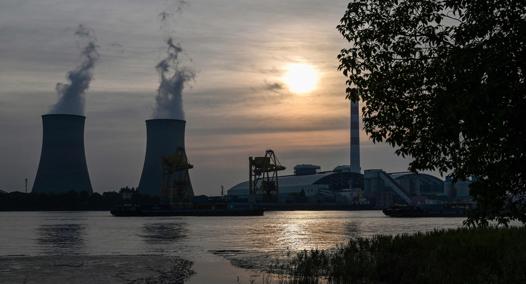 Announcementwhere are you On the discovery of gas off the coast of Cyprus It is positive, but it does not solve Italy’s energy problems in the short term: to transport this gas it is necessary to build Eastmed pipeline which will not be completed for four years, according to Eni’s top management. Meanwhile, gas hyperinflation e . rages The missing danger in Europe this fall and winter is dangerous. As Alberto Clough remembers over here The German government estimates that “consumption should be reduced by at least 20%, which is much higher than the 15% reduction (for many countries reduced to 7%) set by the Brussels Commission”. One of the factors behind it More price hike It is “Germany’s frantic search for an alternative gas to Russian gas to cover consumption and increase storage.”

Solo Energy shock in progress There is a lot of confusion and misinformation. Among the cliches that prevent us from understanding what is happening to us, there are two in particular that are misleading and outdated. One attributes the crisis to the war in Ukraine and sanctions. Another demonizes multinational corporations in Western oil and gas. Let’s see why these preconceptions should be cleaned up.

there The war in Ukraine – Followed by fairly limited Western sanctions against Russian oil, and then retaliation by Russian President Vladimir Putin Who cut off our gas supplies – after the energy crisis. Gas prices were already crazy over a year ago, long before the Russians invaded Ukraine. The accidental cause was the North Sea wind power disaster due to a lack of wind: a brutal reminder of the reality of the limits of renewable energy. However, this was also an inconclusive “accident”, exacerbating a pre-existing crisis. As the British expert Helen Thompson explained (Looming Energy Calculation for the WestFinancial Times, 20 August 2022), the dominant driver behind increasing consumption and prices of fossil energy is China. To understand the hyperinflation of gas and oil We must first of all look to the East. Not surprisingly, crude oil prices have suffered some decline in recent weeks: when the Chinese economy has shown signs of slowing down.

Besides the short-term differences, Thompson proves it We are in a twenty-year cycle of booming Chinese demand, the dominant event for understanding the state of energy on the planet since the beginning of the millennium. In 2019, China’s energy consumption was more than five times what it was in 2000, and far higher than any other country in the world including the United States. No other factor has such an effect. China’s so-called “energy footprint” is unparalleledcapable of upsetting all balances. We didn’t always notice it. During the last decade, from 2010 onwards, the shocking boom in Chinese consumption was hidden, because it was partly satisfied with the parallel boom in American production of shale oil, shale gas, oil and natural gas extracted from rocks through fracking technology. …US production doubled from 2010 to 2019, and that alone allowed the world not to be entrapped by the energy shock that was already evident in the price flares of 2005-2007. But US production of shale oil and shale gas has hit environmental headwinds: From Washington Green Regulations to Wall Street DivestmentMuch has been done to discourage investment. Without investment, fossil energy production declines. We didn’t notice the problem right away because at the beginning of 2020, the epidemic shut down Chinese factories and lowered demand. But as soon as Chinese production began again, and with it the energy consumption of the “Bashiderm”, the prices went crazy: The gas crisis arose precisely in China’s recovery in 2021, a year before the war in Ukraine.

READ  The toll is 11 dead and six wounded

The Russians understood this geopolitical scenario well. Long before Putin launched the military aggression against Ukraine, Russian energy giant Rosneft had already begun a “geopolitical turn” towards the east. Under the leadership of Igor Sechin, Rosneft has been looking at China as a preferred partner since 2004. Since then, the alliance between Rosneft and Beijing’s main energy company, China National Petroleum Corporation (CNPC) has been strengthened. As The Economist wrote (The new eastern oil blocJuly 16, 2022), “China’s prepayments and abundant financing have enabled Rosneft to become one of the largest listed oil companies in the world.” The latest oil supply agreements from Rosneft to the CNPC were signed at the meeting between Putin and Xi Jinping on February 4 this year at the opening of the Winter Games.: The invasion of Ukraine was three weeks away. After Western sanctions on Putin’s oil, crude oil exports from Moscow to Beijing have grown so much that Russia has overtaken Saudi Arabia as China’s largest supplier.

Rosneft also added an Indian strategy to its Chinese strategy: to reduce its dependence on Western markets, it invested in Indian oil refiner, Nayara Energy. Russian crude exports to India jumped from nearly zero to one million barrels per day at discounted prices. Thus the new geopolitics of energy sees the emergence of an “Eastern bloc”, in which China and India play the role of consumers and Russia as a supplier. Despite all the differences of interest between buyers and sellers, and despite the strategic differences between Delhi and Beijing, These three countries have a significant impact on the planet’s energy and environmental future. The ruling classes did not believe in the possibility of a rapid and comprehensive transition to renewable energy: although this does not prevent China from building a semi-monopoly in green energy, it also does not prevent China and India from being at the forefront of construction. from nuclear power plants.

that there is still a future for fossil energies – during a long transition period in which they will have to accompany solar and wind energy and compensate for their shortcomings – even the most famous American investor believes, Billionaire Warren Buffett. Despite being a staunch supporter of the climate emergency, and a supporter of green investments, Buffett has asked stock exchange authorities for the green light to buy up to 50% of Occidental Petroleum, a major US energy company, through his Berkshire Hathaway multinational investment fund. . It’s a big investment that seems to bring back the sinister luster of the Seven Sisters: but it’s an illusion, because today’s powerhouse of energy is elsewhere.

The “Seven Sisters” was a popular image of Enrico Mattei when he was at the helm of Eni: Alluded to the existence of some kind of cartel, or objective collusion, between the Western multinational oil companies. And five American companies are: Exxon, Mobil, Chevron, Texaco, and Gulf Oil. Two Britons: Shell and BP. From the 1940s to the early 1970s, they virtually dominated oil games. Mate’s Eni, as well as the French companies Elf and Total, were trying to stir up trouble with their forays into North Africa and the Middle East. But this system, which was dominated by Anglo-American private capitalism, began to shake in 1973 with the first oil shock, when OPEC The producing countries imposed oil embargoes on several Western countries to punish them for their support of Israel during the Yom Kippur War. Oil resources have entered a stage of nationalization that has not ended, and has witnessed new accelerations in recent times. Today, those who continue to describe Western energy companies as forces speak of a world that no longer exists. Even the largest of the Seven Sisters, Exxon, was banned from the Dow because its capitalization was too low.

The geopolitics of energy today is dominated by state-owned enterprises, and it is heavily dominated by emerging countries. The Queen is Aramco, the public companyKingdom Saudi Arabia which recently achieved a 90% profit increase, and has the highest market capitalization by far. Precisely because Middle Eastern countries have the world’s largest energy companies, Middle Eastern countries will accumulate another $1.3 trillion in wealth over the next four years, a massive transfer of resources from the North and the South, according to International Monetary Fund estimates. Among the beneficiaries are sovereign wealth funds such as the Public Investment Fund of Saudi Arabia, the Qatar Investment Authority, the Abu Dhabi Investment Authority, and the Kuwait Investment Authority. In other parts of the world too, we are witnessing this dual trend: on the one hand, a re-evaluation of fossil energies whose role must be “accompanied” by renewables (for every solar power plant, a conventional plant is needed to support it at night ); On the other hand, the increasing concentration of energy power in the hands of the producing nations. The most recent example is in Mexico, where President Andres Manuel Lopez Obrador (short to Amlo) – a populist socialist – has decided to invest $6.2 billion to build 15 fossil fuel power plants, while at the same time deciding to strengthen public energy control. Sourcing through the state monopoly Pemex. “We are ignoring the siren song – says Amlou – those sounds that predicted the end of the oil age and the massive arrival of electric vehicles and renewable energy.” Across Latin America, a new generation of left-wing leaders is relaunching the nationalizations of all that has yet to be announced.This, among other things, also concerns rare earths and strategic minerals for renewable energies. The same goes for Africa and Asia. The role of the Seven Sisters has long been superseded by giants of the public sector subservient to governments, and the true centers of power where the future of energy is determined.

READ  So the pirates hit Russia

Part of the emerging countries, those without raw materials, are in much greater trouble from this energy stress than we Westerners are. Bankrupt Pakistan fails to win one tender for liquid gas purchaseIt has been replaced by a price-rising race as Europeans and Asians such as China, Japan and Korea compete against each other. Sri Lanka, another bankrupt country, had to impose a 264% increase in its electricity bills, because it could no longer support small utilities from the public budget and had to pass the price increases on to consumers.