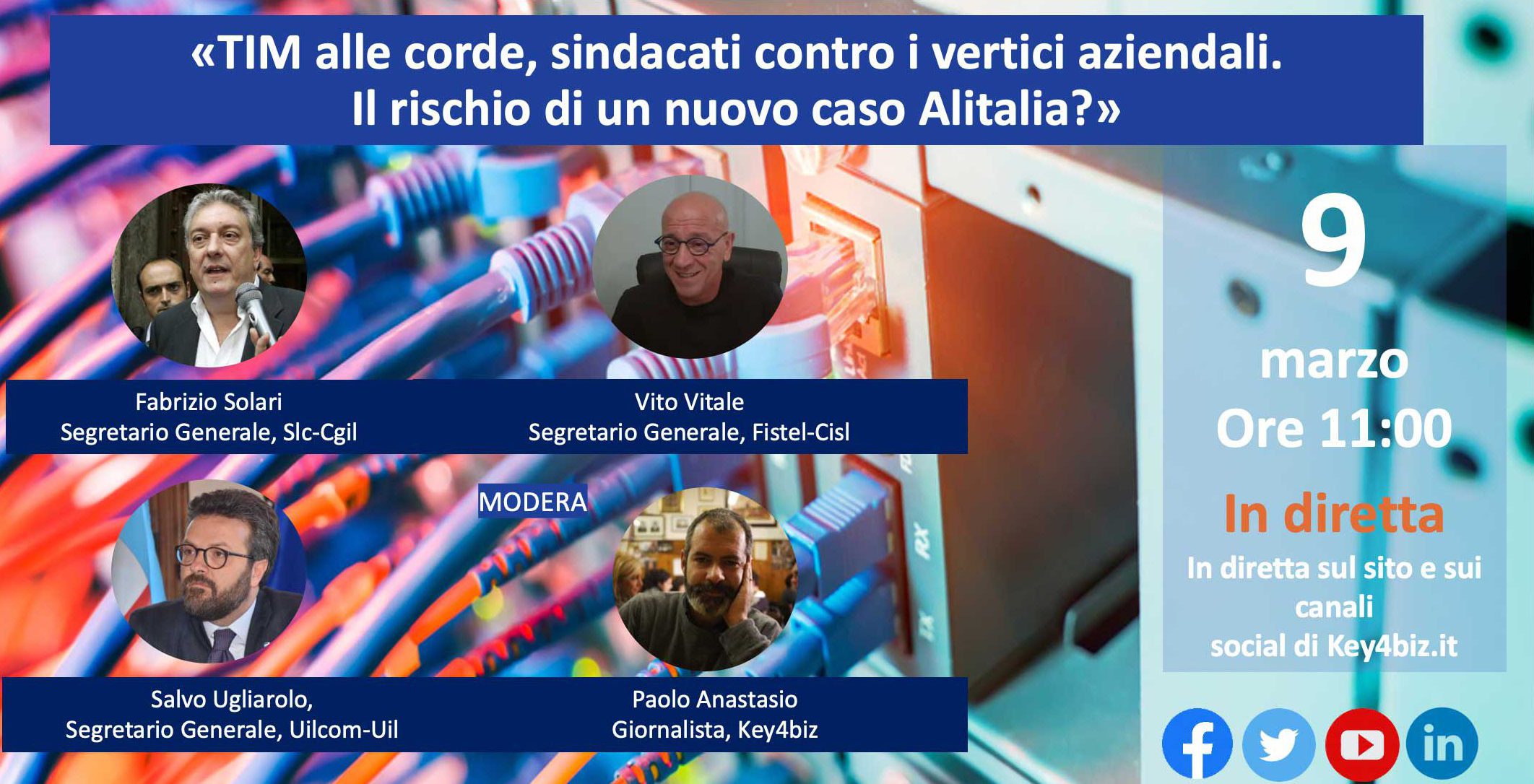 Unions on alert after the company’s dismantling plan Tim Announced by the new CEO Pietro Labriola. The fear of severe cuts in the number of employees is growing. The industrial plan 2022-2024 does not convince the market and the stock within 48 hours drops to historical lows. Meanwhile, the major shareholders, Vivendi And the CDPThey remain silent. In the background, PNRR plans to race 1 Giga Italia and 5 Giga Italia in the coming weeks so as not to lose EU money.

What do you do to get out of the shoals?

What are the shareholders’ priorities and policy to save the company?

What future for telecommunications in Italy?

These are the topics of the online executive seminar organized by Key4biz “TIM is at stake, trade unions against top management. Is there a danger of the new Alitalia case?” Scheduled for Wednesday, March 9 at 11.00.

How to follow up on the executive webinar “TIM on the ropes, trade unions against top management. The dangers of the new Alitalia case?”” Activate reminders on social networks