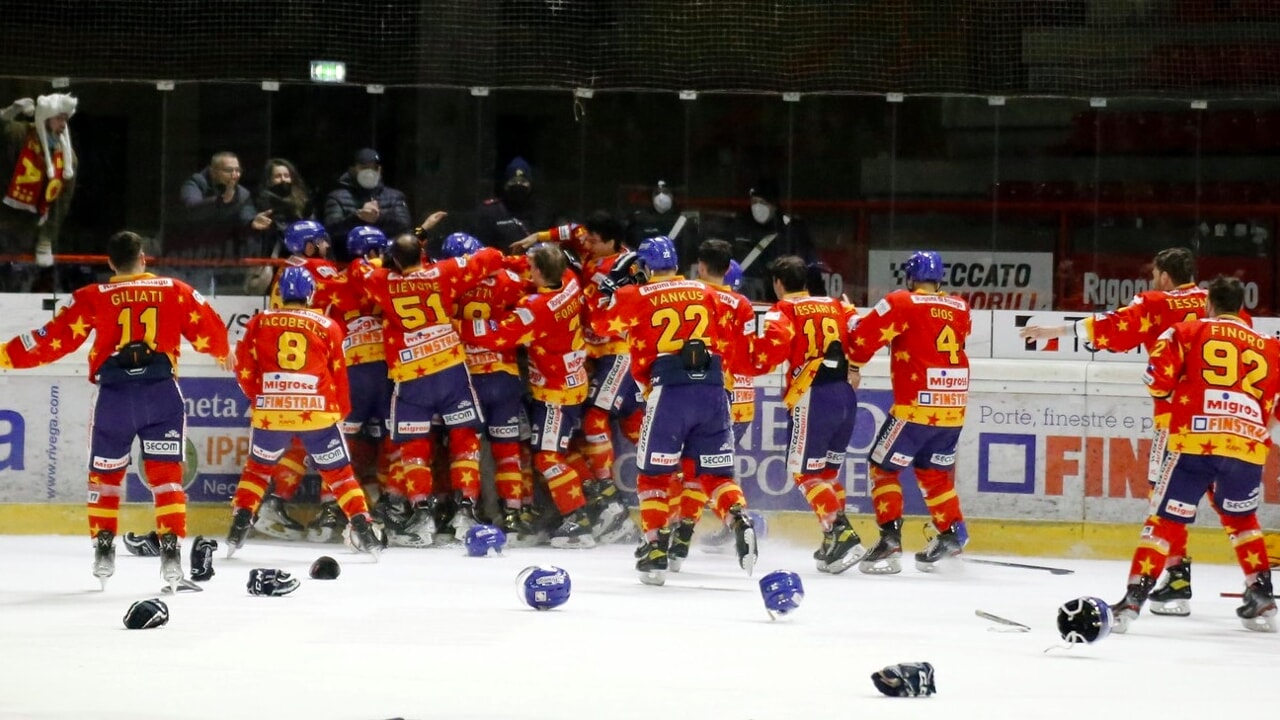 In the Ice Hockey League until the end of the tournament, German was always spoken, although there were already Italian teams such as Alperia Bolzano and Wolves of Val Pusteria. But we are talking about two teams from the Autonomous Province of Bolzano, or rather from Südtirol where bilingualism is mandatory.
Now with the admission of AsiagoHockey 1935, the Italian language will be spoken decisively.
And the positive thing is that we will often see a high-level match on the plateau ice: the return of Ljubljana and Bratislava, but also the first teams from Linz, Salzburg and Vienna (Asiago played with the second teams in the AHL). And the team from the capital of Styria, Graz is back!

Note ASIAGO HOCKEY 1935
Migros Supermarket Asiago Hockey has announced with great satisfaction that it has been accepted into the Ice Hockey League in 2 days. The Transnational League has today approved the entry of the Gialuruso Club from the 2022/2023 season. Thus, Stellata will be the fourteenth squad in the starting line, and the third Italian team to participate in the tournament after Bolzano and Val Pusteria.

President and DS announcements from ASIAGO
The statements made by Asiago Hockey Management are very satisfactory for the goal achieved.
“AsiagoHockey 1935 today has seen long work rewarded, a long journey, lasting so many years, costing so many efforts and so many sacrifices, but also so many convictions.” Directly from Salzburg President Bercarlo Mantovani.
“A new era begins for us, a new era. Coming back to the great game of hockey, this tournament gives everyone huge possibilities, not just in terms of hockey. It will be a chance to see the stadium again, to see great players, and to experience a great passion we all have in our hearts and can now fully enjoy it.”
«Big relief, we’ve been thinking about this move for years and I think we came in at the right time -‘ he says Sports Director Renato Tesari -. It will be a tough challenge, there will be a lot of work to be done, but for Asiago and for the entire movement of the plateau, this is a major achievement that goes beyond the hockey factor.”
“Comparing it with the other great facts of the tournament I think it represents something very important for the plateau – confirms the sporting director -. Let’s get back to top level hockey, but I think we’ll be ready to take on this new challenge.” “This goal is the culmination of a wonderful journey made in recent years and at the same time it represents a new starting point,” Tesari concludes.