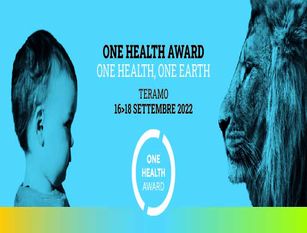 (@PressMoliLaz) Jul 19 22 At the heart of the One Health Award philosophy is the awareness that human health is inextricably linked to the health of animals and the environment. The pandemic has made it clear that in order to prevent the spread of diseases, it is necessary to protect the environment, thus rethinking a health model based on the integration of different disciplines such as human medicine, veterinary medicine and the environment.

The One Health Award programme, the initiative promoted by the Experimental Zooprophylactic Institute of Abruzzo and Molise’ G. Caporale”, which will turn Teramo from September 16-18, 2022 into the stage of global health. It begins with the great Italian researcher who has become the absolute hero of the American science scene: Stefano Bertozzi, CEO of the American Society for Microbiology. He will be the one to open the event with a writer On the other side, at the end of the event, we find Nico Romito, the multi-star chef who works hard on the relationship between food and global health, and on this topic he will speak on Sunday morning, giving the exceptional seal of three days. Between first and last appointments, encounters, interviews, dialogues And movies. Physicist and science scientist, Valerio Rossi Albertini, a well-known television face, will tell school children and the general public about the need for the One Health One Earth revolution. And again Marco Paolini’s art about the fragility of our world between climate crisis and environmental transformation with the show “Sani! The stage is in brackets”. Also space for a political discussion with FAO Deputy Director-General Maurizio Martina, Under-Secretary of Health Andrea Costa who will discuss together with Jean-Philippe Dube, Deputy Director-General of the World Animal Health Organization (WOAH) global challenges ahead.

“Deepen, discuss, meditate through the words of science that speak to our rational side and the words of art that stimulate our emotional part to realize that the health of nature corresponds to our health, and that there is only one health for one planet” – confirms General Director of IZS at Teramo Nicola D’Alterio -“We designed the One Health Award program with the idea of ​​engaging as many people as possible and at multiple levels, from young school students to political decision-makers. The events that will take place over the three days aim to follow new paths and stimulate public debate in a very popular and entertaining perspective.”

That’s why the One Health Prize presents itself as the most important science event of the summer. The importance is underlined by the participation as supporters and partners of local institutions: first the Abruzzo region, then the province and municipality, the University of Teramo, BIM, FIRA and Abruzzo Regional Finance. Special sponsors have been added to those, for the time being, such as Hologic Italia Srl and Paride Società Consortile: IZS has in fact launched a public notice aimed at OHA sponsors which can participate until September 2, 2022.