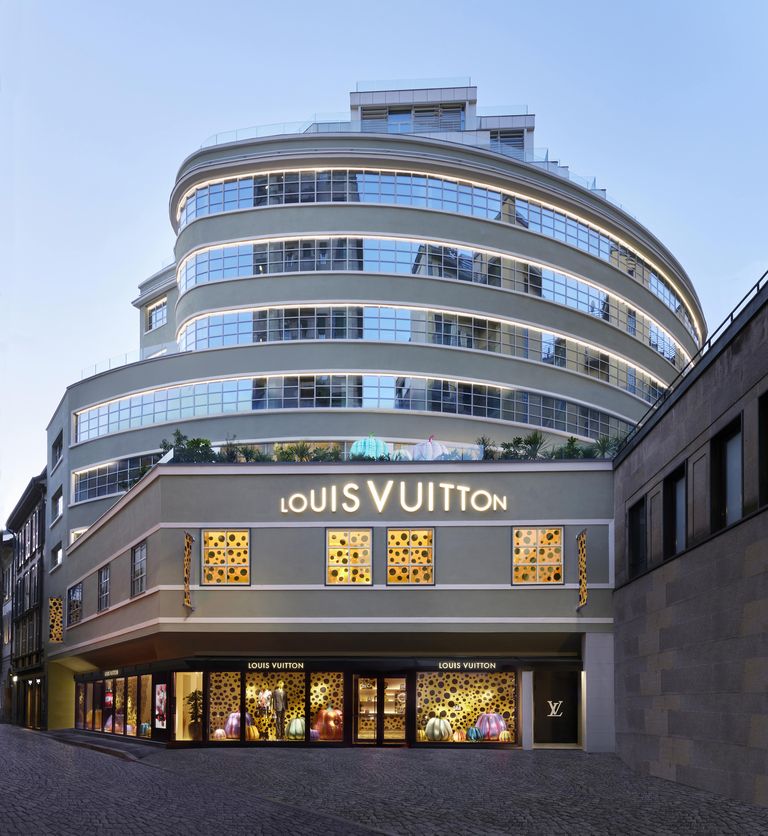 The French House has opened a showroom in Milan, in the historic former Traversi Garage on Via Baggotta, a stone’s throw from Piazza San Babila. Louis Vuitton Find space in an old garage that closed in 2003 Developed on three levels: The ground floor and the second floor are dedicated to retail, and the first is set up to host calendar events and meetings that include both entertainment and in-depth moments.

To create this store, the brand wanted to preserve the original 1930s architecture and used a system of curved walls capable of projecting massive fan-shaped beams in reinforced concrete. Environments feature intense colors that pay homage to Art Yakoi Kusama A Japanese artist with whom the brand has already collaborated in the past to create original displays. Also in this case, the collaboration continues and evolves in conjunction with the launch of the Louis Vuitton x Yayoi Kusama collection, with its famous yellow and black polka dots, which characterize the Japanese artist’s style. Each floor features distinctive, high-impact colours: from yellow to fuchsia on the ground floor for the women’s world to klein blue for the men’s collections. Rooms are complemented by antique furnishings from fine Italian brands, and artwork and objects from the historic Louis Vuitton archives.