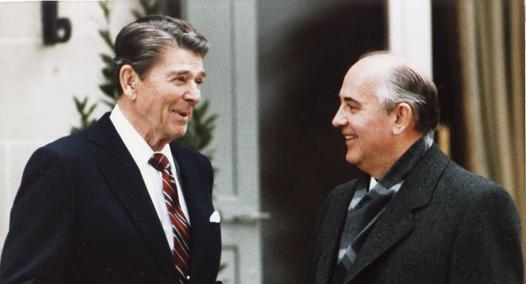 Mikhail Gorbachev, the last Soviet leader, died on Tuesday, August 30 at the age of 91: From Reagan to Thatcher, here are some of the most famous phrases about him

Mikhail Gorbachev, the last leader of the Soviet Union, He passed away on Tuesday, August 30, at the age of 91. Here are some of the best phrases I’ve spoken about over the years.

In recent years, radical changes have occurred in relations between East and West. The conflicting relationship was replaced by negotiations. The old European nation-states have regained their freedom. The arms race is slowing down … These historic changes stem from several factors: but in 1990 the Nobel Committee wants to honor Mikhail Gorbachev for his many and decisive contributions.
(Statement of the Nobel Peace Prize Committee, October 15, 1990)

The Nobel Committee does not know what it is about. Let them come and live two months to live here, like us Russians, let us hear what they think. Peace for foreigners only?
(Teacher in Moscow, unknown, quoted by Reuters in a press release dated October 15, 1990)

READ  Did the army fall into a trap? - Corriere.it

A mortal danger hangs over our motherland. The reform policy launched by Mikhail Gorbachev is a way to ensure the dynamic development of the country and the democratization of social life, which has entered a dead end. Lack of confidence, indifference, and despair have replaced the original enthusiasm and hopes. The authorities at all levels lost the support of the population. The country has become ungovernable, sinking into the quagmire of violence and chaos. Never before in national history has sex and violence propaganda taken on such a scale, threatening the health and lives of future generations. The pride and honor of the Soviet people must be fully restored
(Statement by the Committee on the Emergency Status of the Soviet Union after the announcement that Gorbachev had been stripped of his powers following the failed coup of August 1991)