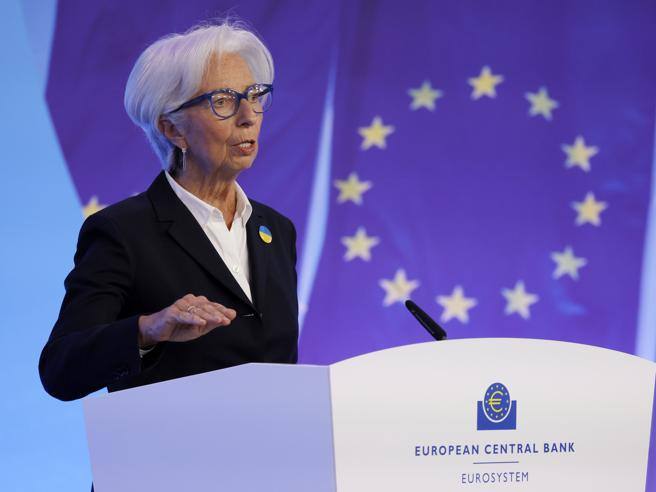 Only the regionalism of part of the Italian political class – unbelievable after nearly a quarter century of life in the euro – could create such a mirage: the illusion that what is happening in Rome is still in Rome. That it is not linked to a relationship of mutual influence with what is happening in Brussels or Frankfurt. Of course the opposite is true. There is a reflexive relationship between what is happening in Italy and in the nerve centers of the European Union: each dimension modifies the other in a series of references between the two which can produce a good balance, at best, or difficulties and frustration on both sides – leave when ignorance and misunderstanding prevail.

The decision to overthrow the government of Mario Draghi is within the law Parliament, but this exchange relationship was considered to be non-existent. This is why we hear so little about some of the factors so stressful that they inevitably impose themselves on the election campaign and on the next government. The first concerns the European Central Bank, which raised interest rates yesterday for the first time since 2011. So inflation is raising concern that the ECB will continue to raise interest rates, although it is not clear for how long. While the cost of money was more than double what was announced in June, President Christine Lagarde spoke of clouds over the economy. Eurozone consumers’ mood is the blackest since measured and the ongoing international slowdown means that 30 basic and raw materials of globalization – from oil to lithium, from steel, to cotton, to wheat – last month fell in price. Everyone, no one is excluded.

READ  Light and gas in the viewfinder. Italians under 'attack', these are the modalities

Right now, we’ve entered into a monetary tightening that’s contributing to that To raise Italian debt yields – and thus the cost of supporting them – in the midst of a government crisis. Yesterday, Lagarde introduced a protection tool – a purchase plan – if government bonds were subjected to a disorderly and unprovoked attack. The mechanism designed for Italy. And subject to conditions so that it could lead or perhaps, with the fact of existence as a premise, prevent the unleashing of a financial storm. For the mechanism to be credible, the conditions set by the ECB must be respected by the potential recipient country. And they go to the heart of the agenda of any government that takes shape in the fall.

First of all, a country that wants to get the shield of the European Central Bank He should not be subject to Brussels procedures due to excessive impotence. Or at least he has to work hard to get out of it. It doesn’t seem relevant today given that the Stability Pact is still pending, but: for months, the EU Commission has asked Italy (also with Prime Minister Mario Draghi) to cut public spending in proportion to the size of the economy and at this point. It can still open an action. So if pensions are revised in the fall at quota costs of 100 in 2018, the relationship between Rome, Brussels and Frankfurt will enter into tension and perhaps also Italy’s financial stability. Not exactly what one feels the need for, in the midst of an endless pandemic and the consequences of war.

Other conditions of the European Central Bank then message delivery That the entire political class did not understand. This is as true for the next government as it was for Draghi: budget constraints are returning. During the bonus season, tens of billions of euros and other similar miracles. Paying interest on debt will take up more and more space on the balance sheet, so there will be less room for the rest. Moreover, the ECB intends to assess and judge the flexibility and fiscal path of which country can benefit from its interventions, thus reducing deficits and debt becomes important again. Here comes the second factor in the interaction between Italy and the rest of Europe, because in recent months new budgetary rules are being drawn up. Looming is a compromise that would make the roadmap for debt reduction less stifling, in exchange for measures for those who violate it that would be less evasive. If the next Italian government gives the impression that it is rejecting bonds (or perhaps the euro itself), other countries will demand more stifling rules in response.

A third factor also jumped in the match between Italy and Europe Yesterday in the words of Christine Lagarde: Whoever wants to be protected by the ECB must also prove their timeliness in the reforms indicated in the recovery plan. This, too, has a concrete meaning, since it was once rejected in Rome. For example, the enabling law on competition must be approved by Parliament by summer, otherwise there will be no time to prepare and vote on executive decrees by the end of the year. At that point, the country would lose out on a $19 billion redemption payment, which was scheduled for December. Needless to say, competition law and the many interests it touches are among the broken tabs on which Draghi has just been rejoiced. Unless this is also purely political theater and ultimately everyone, absolutely everyone, understands the obvious: what happens in Rome does not stop at Rome.