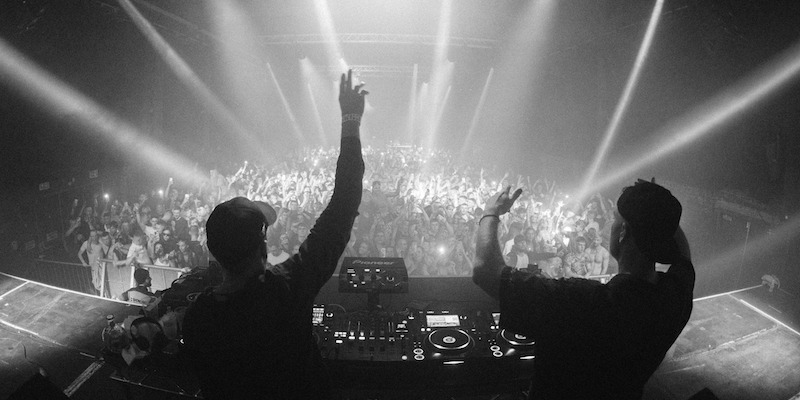 SWG3 in Glasgow, Scotland, is one of the most popular nightclubs in the city: every year 250,000 people come to it for concerts, DJ sets, and events of all kinds, and it is also quite attentive to its consumption and liveliness. The way you use its energy. On Wednesday evening, an innovative system came into operation in the club capable of converting the heat produced by the people who go to the dance and reusing it to cool and heat the environment: according to the owners of the club, the new system will both contribute to reducing the consumption of the restaurant, whether to reach the so-called “Zero emissionsWithin the next few years.

The new system is called Bodyheat, and it was built in three years by TownRock Energy, an Aberdeen-based consultancy specializing in the geothermal sector. Much simplified, the system works as follows: The heat energy produced by people dancing or moving in SWG3 is transferred to the accumulator system in a series of long tanks, placed up to 150 meters deep: the hot liquid in the tanks is used as a “thermal battery” by heat pumps which regulate the air temperature in the room, in order to Update it Or heat it up and supply it with hot water.

As explained to BBC News David Townsend, founder of TownRock Energy, When you start dancing at a moderate pace, the human body can be born Up to 250 watts of Energy; However, if a DJ plays in a club that makes people jump up and down, he could result in as much as 5-600. According to the owners of the place, the new system will allow to abandon the gas heating systems used until now and reduce carbon dioxide polluting emissions by about 70 tons per year.

The project cost 600,000 pounds (about 685,000 euros) and was financed mostly through some tenders and with the support of the Scottish government. According to the owners of the premises, if we take into account the savings on future bills, their use will allow to amortize the installation cost within five years.

Andrew Fleming-Brown, chief operating officer of SWG3, said this project “big step“Towards the domestic goal of achieving net zero emissions by 2025: that is, ensuring that all greenhouse gas emissions – the cause of climate change – are offset, so to speak, by activities that make it possible to remove them from the atmosphere in equal amounts.

Fleming Brown also said he hoped the stadium could be a role model for other clubs, not only in Scotland and across the UK, but also in Europe and the rest of the world. Townsend, in turn, said his ambition was to replicate the system at SchwuZ in Berlin, a nightclub in which, he says, he has already shown interest.

– Read also: What is energy