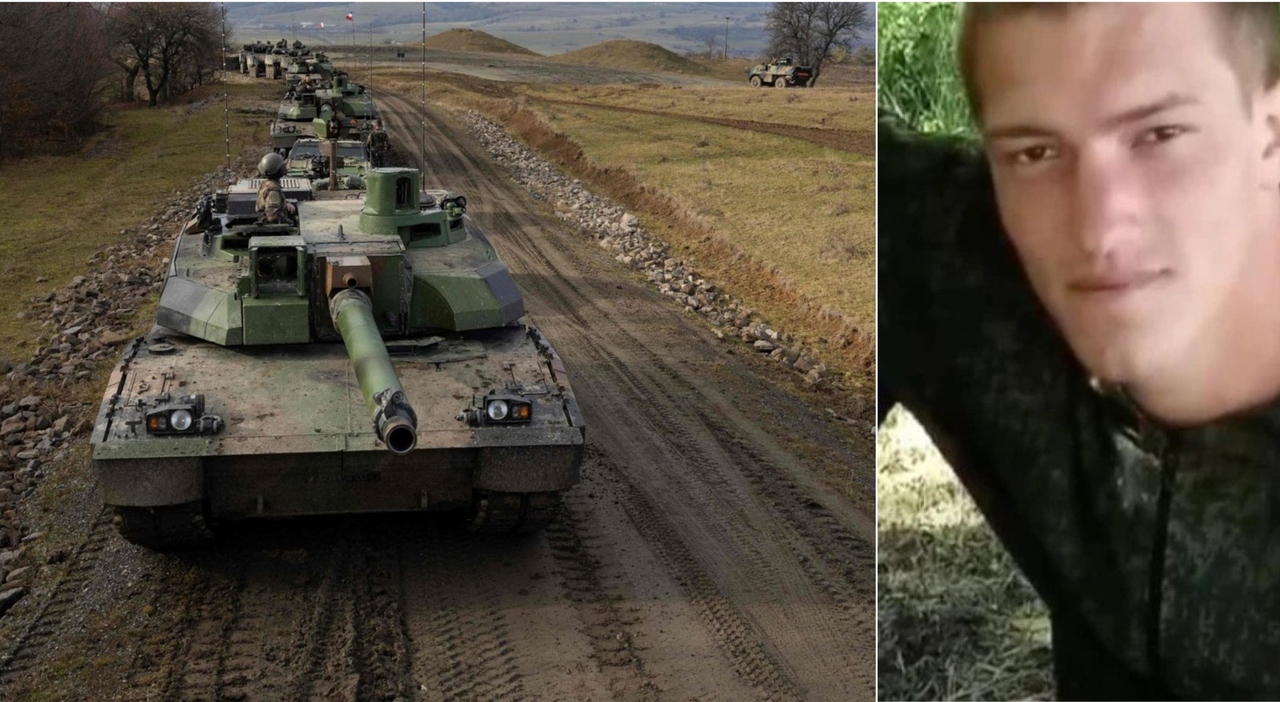 Latvia announced that it had asked the Russian ambassador to leave the country by February 24 “in solidarity with Estonia and Lithuania”. This was stated in a memorandum of the Ministry of Foreign Affairs in Riga. Today, the Russian Ambassador to Latvia, Mikhail Vanin, was invited “to the Ministry of Foreign Affairs” and “informed of Latvia’s decision to reduce the level of its diplomatic representation in Russia to chargé d’affaires »from February 24. Vanin “will leave Latvia by February 24,” and at the same time, will The Latvian Ambassador to Russia will leave “Russia” on the same date.

Erdogan: No to Sweden in NATO if it does not respect Islam

The Swedish administration should not talk about rights and freedoms; First show respect for religious faith, if there is no respect there will be no support from us »for Stockholm’s candidacy for NATO membership. This was stated by Turkish President Recep Tayyip Erdogan, in a speech broadcast by the Turkish state television TRT, in which he criticized the Swedish right-wing preacher Rasmus Paludan, who, in recent days, burned a copy of the Qur’an in front of the Turkish embassy in Stockholm. “No one has the freedom to insult the religion of Muslims,” ​​the Turkish president said.

Tajani: Italy is not involved in the debate about sending tanks

Italy “is not part of the discussion about sending tanks to Ukraine”. This was stated by Foreign Minister Antonio Tajani on the sidelines of the Foreign Affairs Council meeting in Brussels, stressing that the issue was discussed at the 27th meeting, but it will continue at the “bilateral” level. “Italy has now committed itself with France to provide anti-missile defense systems, and work continues in this direction.”

The arrest of the former commander Wagner, who sought asylum in Norway

The lawyer of the former leader of the mercenary group Russian Wagner who applied for asylum in Norway He said there was no chance of his client being deported to Russia. “Risk of expulsion? The Guardian quoted Brynjolf Resnis, Andrei Medvedev’s lawyer, as saying, “It’s zero. The lawyer’s clarification comes after a Russian group campaigning for detainees’ rights said earlier that Medvedev had been told he faced deportation. Resnis explained that the police arrested Medvedev because there was a “disagreement” about the security rules that were imposed on him. Medvedev, 26, crossed the Russian-Norwegian border in the far north on the night between January 12-13 seeking asylum in the Scandinavian country, saying he was ready to “talk about his experience at the Wagner Group to people investigating war crimes.” . He said he fought with Wagner in Ukraine for four months before defecting in November when the paramilitary organization led by Yevgeny Prigozhin extended his contract against his will. The man was later arrested.

Medvedev: The world is approaching the Third World War

“The world is approaching the threat of World War III in the face of aggressive preparations against Russia.” This was stated by Deputy Chairman of the Russian Security Council Dmitry Medvedev, citing TASS. “The special operation being carried out” in Ukraine “was a coercive and extreme measure, in response to the preparation for aggression by the United States of America and its satellites. It is clear that the world has come close to the threat of a third world war because of what happened.

Lavrov: “The war with the West is no longer a hybrid, but almost real.”

The war between Russia and the West is “no longer a hybrid” but “almost real”. This was stated by Moscow Foreign Minister Sergei Lavrov, citing Russian agencies.

Ukraine needs several hundred tanks to win. This was stated by the head of the President’s Office, Andrei Yermak, on Telegram, as reported by Ukrinform. We need several hundred tanks, not 10-20. Our goal is the 1991 borders and punishing the enemy who will pay the price for the crimes.”

Russia expelled the Estonian ambassador in response to the Estonian government’s “total Russophobia”. This was announced by the Moscow Ministry of Foreign Affairs.

Zelensky: Tanks do not solve the problem, but they motivate the army

Western tanks “do not solve the problem”, but “motivate the Ukrainian army”. President Volodymyr said so Zelensky, in an interview with Ard. “Since the Russian army has a thousand tanks, there is no country that solves the problem by giving us 10-20-50 tanks. They only do one important thing: they motivate our soldiers to fight for their values. Because they show that the whole world is with you.”

READ  Putin, the helicopter used by the Russian president crashes to the ground. Yellow in causes and possible victims
2023-01-23 09:18:04

Since the beginning of the war, 459 children have died

According to the Kyiv Prosecutor’s Office, the updated tally of the number of children killed by Russian bombing since the start of the invasion of Ukraine on February 24 is 459 dead and 914 wounded. The same source – quoted by Ukrainian media – talks about 13,961 children who were illegally deported by Russian forces, of which only 126 were returned to Ukraine. Since the beginning of the war – again according to the Prosecutor General – 3,126 educational buildings have been damaged in the country, 337 of which have been completely destroyed.

Kyiv: 720 Russian soldiers were killed in one day

there Russia He lost 720 men on the last day, bringing the number of casualties in his ranks to 121,480 since the day of Moscow’s attack on Ukraine on February 24. This was announced by the daily bulletin of the General Staff of the Armed Forces of Ukraine, which has just come out Facebook, which refer to numbers that cannot be independently verified. According to the Ukrainian Army’s report, Russian losses today would be around 121,480 men, 3,150 tanks, 6,276 armored vehicles, 2,146 artillery systems, 447 multiple rocket launchers, and 220 anti-aircraft defense systems. According to the bulletin, which indicated that the data is being updated due to the fierce fighting, the Russian forces also lost 287 aircraft, 277 helicopters, 4,936 vehicles, 18 naval units, and 1,894 drones.

Russia is sending more troops to the occupied Kherson region. This was stated, the Kyiv Independent wrote, the General Staff of the Armed Forces of Ukraine in its morning briefing. The troops arrived at the settlements of Vinohradov and Prilevka in Kherson region between January 18 and 21, equipped with small arms and bulletproof vests, according to the statement. Ukraine’s armed forces liberated parts of the southern Kherson region, including the regional capital, in early November after eight months of Russian occupation. From the early days of the invasion, Russia also occupied parts of the nearby Zaporizhia region, where its forces had recently attempted to advance. On January 22, Ukraine announced, according to the Kyiv Independent newspaper, that it had succeeded in repelling Russian attacks in that region.

Borrell: Today there is no decision regarding new aid

“Today we will not take any decision on the new batch of military aid to Ukraine within the framework of the European Peace Facility, but I hope that we will reach a political agreement. Very good decisions were made at Rammstein, there were tangible results, and then each country decides at the national level: Germany is very committed to Ukraine and we shouldn’t just talk about tanks. Of course, President Zelensky asks them, but there are different ideas within the member states and we will talk about them today. This was stated by the High Representative for Foreign Policy of the European Union, Josep Borrell, upon his arrival at the Foreign Affairs Council in Brussels.

Finland: We will be part of the Tank Alliance for Kyiv

“We have been talking about tanks for a long time, and it is important that Kyiv receives what it asks for quickly, and Finland will be part of the alliance on the Panthers, but we still have to see how, that could be with a guarantee of training or spare parts. And also with the donation of some tanks, let’s see how the conversation develops ». This was stated by Pekka Haavisto, Minister for Foreign Affairs of Finland.