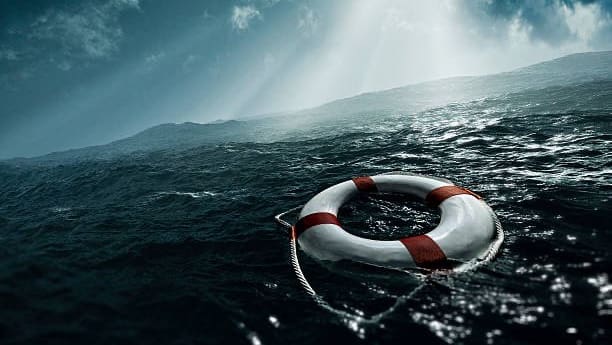 With the help of orange, coconut and prayer, two men from the Solomon Islands survived 29 days in the South Pacific Ocean before being rescued 400 kilometers off the coast of Papua New Guinea. Three hours after the voyage began on September 3, when they encountered harsh weather, Liva Nanjikana and Jr. Colony set sail in the Solomon Sea, known for its unpredictability.

They told the Solomon Islands Broadcasting Corporation on Friday that their GPS battery had also failed while they were struggling against rain, strong winds and poor visibility on the seven-meter-long boat. They turned off the engine to save fuel, but in the meantime their boat went further and further into the sea.

He prayed day and night

For the first nine days at sea, the two ate the oranges they had packed for their trip. Then they made rainwater, coconuts floating in the water – and “our faith in God” as Nanjikana declared. They prayed “day and night” and finally asked: “God gave us the idea to create an instrument for sailing.” They would have done this with the help of paddles and canvas.

In this way, two unfortunates came close to the island of New Britain, which belongs to Papua New Guinea. In the distance they saw a fisherman. They restarted the engine, but ran out of fuel on the way to him. They “shouted and shook,” the man finally looked at them and paddled at them, Nanjikana said. You should have asked him where they are now.

After wandering around for weeks, arrangements are made for the two to return to their homeland. (AFP)