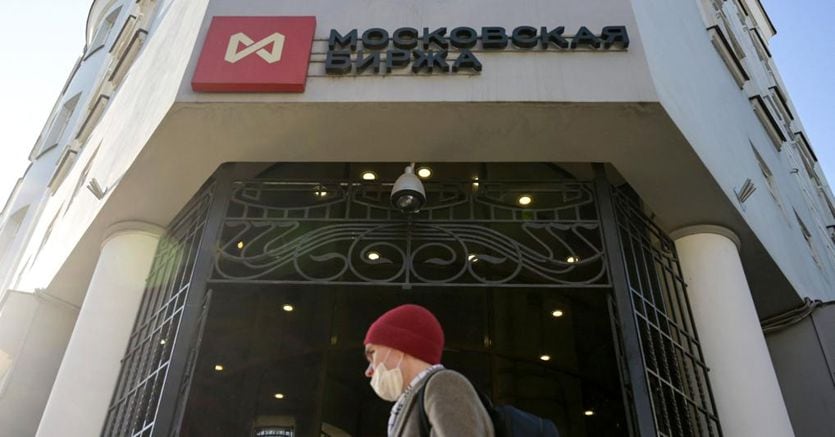 (Il Sole 24 ore Radiocor) – In the wake of Session in deteriorationThe European stock exchanges They move modestly, with their eyes on Extraordinary NATO and G7 summit And the European Council, in which US President Joe Biden will participate. All appointments during which the war in Ukraine will be discussed and proceed even after that Kyiv accused Moscow of using white phosphorous bombs On Hostomel and Irpin. The oil rush is slowing down, and gas is slowing down too as the market tries to Assessing the effects of Russian demand on dollar payments to export gas.

Meanwhile, the sell bonds, with US Treasuries dropping as investors weigh the risks of higher inflation and more aggressive moves by the Federal Reserve. “In the short term, uncertainty remains very high due to the unclear development of the war in Ukraine, the impact on energy product prices and the tough reaction from central banks,” says Luigi Nardella of Ceresio Investors. “Some conflict resolution and easing of inflationary pressures are essential to the lasting recovery of stock markets.”

After rallying in recent days, with West Texas Intermediate crude ending Wednesday’s session 5.1% higher, away from $115 a barrel, Crude oil is slowingBut the session promises to be volatile. Investors on the one hand are evaluating the impact of the war in Ukraine on supplies, and on the other are looking at the possibility of finding one agreement with Iran, US National Security Adviser Jake Sullivan also speculated. GBC Energy analysts explain that “if Iran’s export restrictions are lifted, it will be a huge help to alleviate the current tensions in the oil market.” However, it appears that the agreement is yet to come.

READ  Stock markets recover 3% in a week: Inflation in Europe and the United States is the next test

Partial reopening of the Moscow Stock Exchange, even if trading is limited, from 9.50 am to 2.00 pm local time. The stock market has been closed since February 25, after the benchmark Moex, denominated in rubles, lost 33% the day before (the day the invasion of Ukraine began, editor). When it reopened it was up over 10%. The stock exchanges related to 33 of the 50 stocks that are part of the benchmark Moex index, among them giants such as Gazprom, Rosneft and Lukoil, which rose sharply, while Aeroflot lost ground. On the other hand, the dollar-denominated RTS index is down 5%, and the capitalization of the Russian market is very limited compared to the major European and Asian exchanges. Foreign investors cannot sell shares in the market and short selling has generally been prohibited.

Reducing the tension on gas prices

Only a few of the expiring April natural gas contracts traded in Amsterdam (+1.2% to €118 per megawatt-hour) moved, after rebounding on the eve of the day following statements by Russian President Vladimir Putin, who said he would no longer accept euros and dollars, But only rubles, for Russian gas payments.