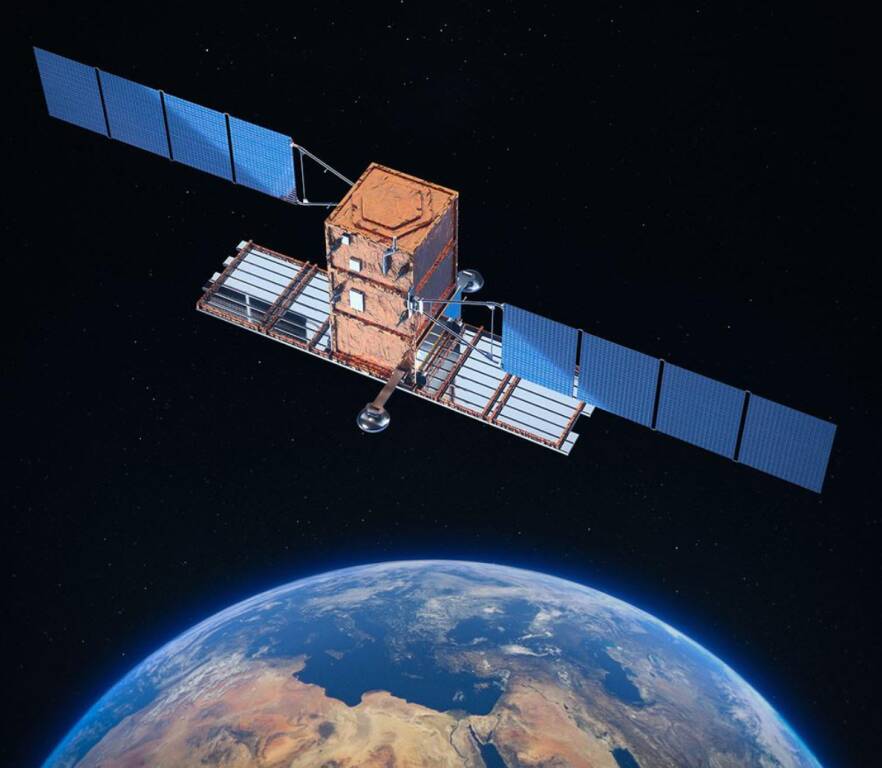 Giuseppe Lucci illustrates the increasingly important role of satellites and their presence in space for geopolitical scenarios. The engineer from Avezza is available to answer questions from Capoluogo.it readers.

The Russian-Ukrainian conflict relaunched the strategic role of critical infrastructureBased on satellites and presence in space, whether in terms of communications or in issues related to security and conflicts. The County of L’Aquila has a rich “tradition” of professionalism and competence in the fieldThe spacewhich was confirmed by the bulletin by the well-known journal Defense analysis From an article on Avezzanese Eng Joseph Luccigraduated in 2007 in Electrical Engineering at the University of L’Aquila and an expert in critical infrastructures, particularly those of Satellite communications and electricity transmission networks. Engineer Lucci has lived and worked in Italy, England, Spain and Switzerland. Gained experience in the aerospace and defense sector working for Cohort plc, Jacobs Ltd and other companies. Currently living in Avezzano, he is a project engineer and deals with business infrastructures in the service of enterprises and industry in the space sector.
But what is your AnalysisDifesa article talking about? “It is – he explains to IlCapoluogo.it – ​​an article by disclosure who is talking about Voidof his ties with defense and with Geopolitics. Indeed, the conflict in Ukraine has drawn attention to the importance of certain critical infrastructures (satellites in this case), which, in the event of conflict, become essential to survival. Such infrastructures can sometimes drive the outcome of conflict, as is happening today in Ukraine. I focused on the importance of satellites, trying to explain, in a simple and accessible way to the public, their purpose, but without going into the technical details of their operation. One of the important aspects that the article tries to underline is Strategic importance of the nations presence in space, especially in the telecommunications and Earth observation sectors. Historical, geopolitical and economic evidence shows us that developed countries today cannot afford not to be actively involved in the space industry, and Italy is doing it very well. I have also tried to provide easy-to-understand data that helps us understand the potential strategic and geopolitical implications in the event of future conflicts, which we obviously hope will not happen in the future.”

What could be a practical example of the strategic importance of space?
“Just think about the last attack a few days ago that killed a very large number of Russian soldiers (Ukrainian sources say about 400 dead, Russian sources talk about 90 dead). According to Moscow, it could have been the use of phones. carried by the workers in the barracks occupied by the Russians, which favored the attack on Kyiv which causes the death of soldiers.These soldiers were attacked using HIMARS rocket launchers, which are high-precision shooting means, in which the advantage of victory lies precisely guided by satellite“.

“Today – concludes engineer Lucci – the words geopolitical and space are very frequent in the media, sometimes even in bars with friends, in schools and offices. Understanding, albeit basic, helps us to understand better What is happening in the worldWhy it happens and how it happens. For now I continue to deepen the topics of space and geopolitics, I will be We are happy to share other articles or answer questions from Capoluogo.it readers“.