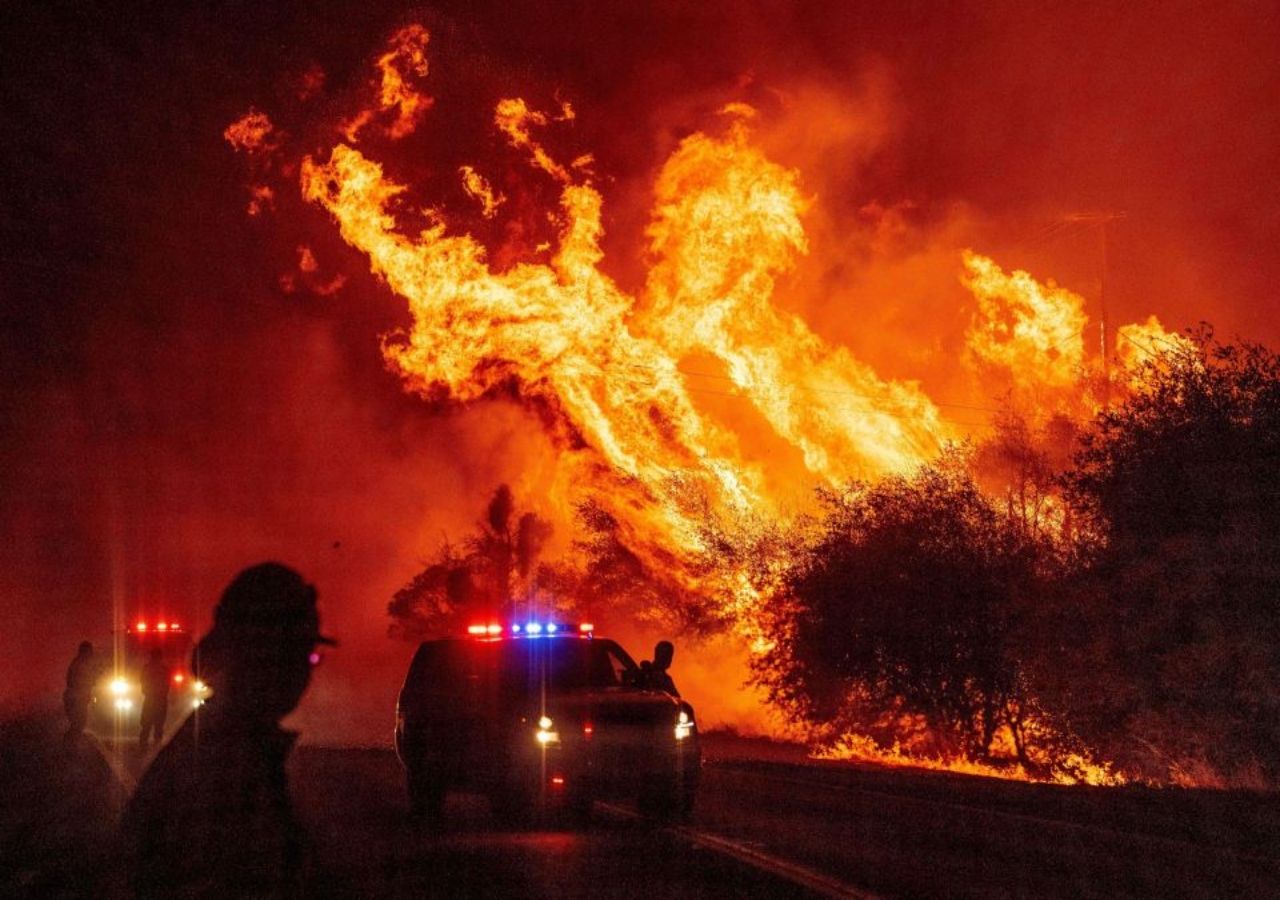 Function of Fire in the United States and Canada, Now on the verge of setting a new record for extension, has produced enough smoke to cover large areas of these two countries. As of July 14, 2021, 68 major fires were active in 12 states and 400,000 acres of land in the United States had been burned. Adding to the existing fire, the total is immense: 34,000 fires burned over 1 million hectares.

These values ​​indicate it This is the worst situation since 2011 And the worrying fact is that it is relatively early to see this amount of wildfire activity in July. National Oceanic and Atmospheric Administration (NOAA) satellites are monitoring fires, their smoke production and the effects of smoke on air quality. Fire emits more than 12,000 meters of smoke into the atmosphere and compromises air quality.

The Bootleg fire in southern Oregon It is currently the largest fire in the country. This large, fast-growing fire started on July 6 and by July 14 had burned 86,000 hectares. InciWeb , The official site of the fire status, warned that the fire could be more intense due to severe drought, low humidity and high temperatures.

High concentrations of aerosols can cause upper respiratory tract infections, including asthma, if inhaled. Another problem associated with fire accidents is that they reduce visibility and create unsafe conditions for traffic. GOES satellites are capable of measuring the amount of light lost due to the presence of aerosols in a vertical orbit through the atmosphere. GOES satellites provide this information every five minutes. This data allows meteorologists and others to make important predictions about air quality, visibility, and aviation.

Read more. Temperatures never seen before in Canada: Nearly 50 C recorded in the summer of 2021

Another satellite, Suomi NPP, in conjunction with NOAA-20, is a satellite of the Joint Polar Satellite System, which flies twice a day to every part of the planet. Collection of high resolution data and images of wildfires and smoke. Like the GOES satellites, the Suomi NPP and NOAA-20 collect data on the optical depth of aerosols.

Even if they fly only twice a day, the data they collect is much clearer and will show additional details to help report fire response and air quality warnings. At northern latitudes, towards the poles, satellites can fly in the same area more than once a day due to their orbits. It helped Frequently collect data on wildfires and atmospheric aerosols in Canada.

READ  "I bring home a treasure of smiles, words, stories and places," the Pope greeted Canada.

Aerosols flew over Minnesota and other north-central states, especially from wildfires in Ontario and Manitoba, Canada. Of the United States.

In addition, Suomi NPP and NOAA-20 receive information on fire intensity, which is one of the key inputs of the high-resolution, fast-updating smoke diffusion forecast model known as its abbreviated HRRR-Smoke. This model maps the height and thickness of the smoke coming from the fire and predicts its movement.

It is the first U.S. weather forecast model to cover the impact of smoke over time and is an important source for firefighting teams, air traffic controllers, local meteorologists and school administrators. During fires, first responders and air traffic controllers rely on HRRR-Smoke for sight. Fire brigade teams consult with him to determine where to set up base camps or prepare resources. In the aftermath of a fire, Environmental Protection Agency (EPA) workers use it to determine if enough smoke has escaped to burn areas to clean up hazardous waste. This model offers an hourly update with up to 48 hours of forecast.