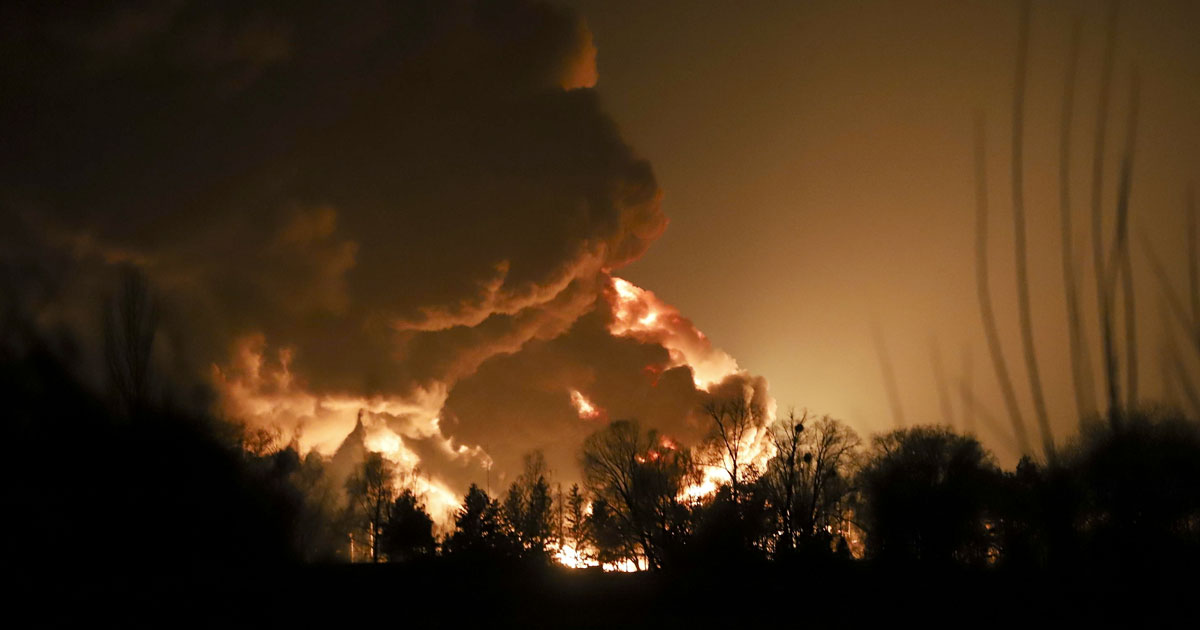 Finland also closes its airspace to the Russians

Finland also decided to close its airspace to Russian aircraft. Previously, Lithuania, Latvia, Estonia, Poland, the Czech Republic, Romania, Bulgaria and the United Kingdom closed their airspace, effectively shutting down most of the western routes for Russian aircraft.

It was a ‘wild night’ that just passed. This is what Ukrainian President Volodymyr Zelensky said, saying that “the Russians are attacking everything, including ambulances.” Zelensky added that the Russians “attack civilian areas” where there is no military infrastructure.

Zelensky responds to Putin: “Good for talks, but not in Minsk.”

Ukrainian President Volodymyr Zelensky announced that Ukraine is ready to hold talks with Russia “but not in Belarus”. Quoting RIA Novosti, Zilinki had indicated Warsaw, Budapest or Istanbul as potential venues for negotiations.

A nine-storey apartment building in a suburb of Kiev, Bucha, was subjected to Russian air strikes. This was announced by the Kiev Independent newspaper, explaining that the number of victims is unknown. The newspaper pointed out that “violent battles are taking place in Bucha, about 30 kilometers from Kiev.”

Russia: “We are ready to negotiate, the delegation is already in Minsk”

A Russian delegation has arrived in Gomel, Belarus for talks with Ukraine. This was stated by Kremlin spokesman Dmitry Peskov. “A delegation consisting of representatives of the Ministry of Foreign Affairs, the Ministry of Defense and other agencies, including the presidential administration, has arrived in Belarus for talks with the Ukrainians,” Peskov said. “We will be ready to start these talks in Gomel,” he added.

The current death toll from the Russians is more than 3,000 dead and more than 200 captured, 16 planes and 18 helicopters have been shot down. And the command of the Armed Forces of Ukraine, via social media, published an inventory of the field situation in the morning. He notes the “low moral and psychological condition” of many Russian soldiers – “mostly young” – and reports on cases of surrender and refusal to go to fight. He explains that “the occupiers’ primary tactic remains the capture of small towns, villages, and connected highways,” noting that “attempts to seize the major cities have not succeeded.” While the “the main goal of the opponent, that is, the conquest of Kiev” is still not satisfied, the Russian invaders – according to the Ukrainian leadership – turned to the active use of diversionary intelligence groups that destroy civilian infrastructure and kill citizens in large cities.

Finland has decided to close its airspace to Russian flights

Finland decided to close its airspace to Russian flights: the government announced this.

Radioactive waste, Kiev: “From a preliminary assessment there are no radioactive threats”

Russian missiles reportedly hit a radioactive waste disposal site in Ukraine. The State Inspectorate for Nuclear Control wrote on Facebook that ‘since 21 local time’ following the mass bombing of Kiev with all kinds of anti-aircraft weapons and missiles available to the Russian Federation, missiles hit the radioactive waste disposal site in Kiev. Kiev branch of the state specialized institution “Radon”. Given that the Russian offensive is still going on, “at the moment it is not possible to assess the extent of the destruction.”
The memo stated that “surveillance cameras recorded the fall of the missiles. The radiological situation will be assessed by mobile devices after the shooting ended.” According to a “preliminary assessment, there are no radiological threats to people outside the sanitary protection zone.”

The Russian Defense Ministry reported that 471 Ukrainian soldiers were detained in Kharkiv in the past 24 hours. The ministry indicated in a note that the soldiers of the 302nd battalion surrendered at the Kharkiv airport in northeastern Ukraine.