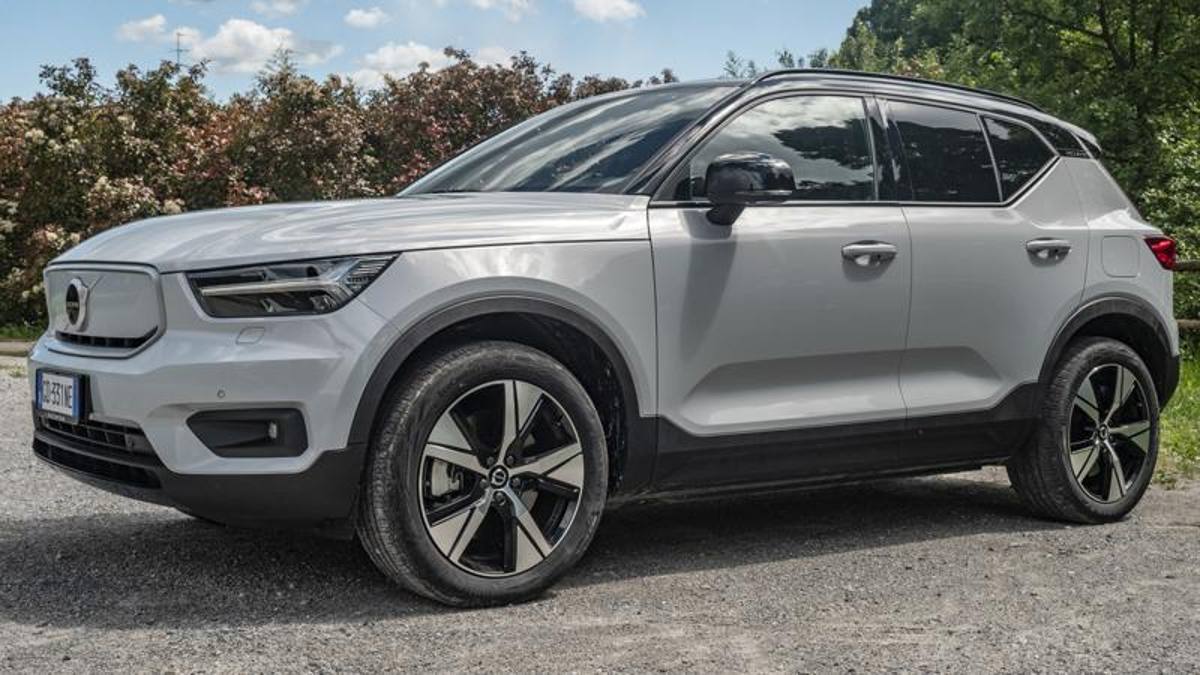 Volvo is looking forward, far ahead. The Swedish company’s long-term projects see the company fully environmentally sustainable by 2040. Volvo has in fact invested many resources and men to plan what promises to be a historic change, and to travel at full speed to achieve its goals. This is why the first 100% electric Volvo, the XC40, is so important, and represents the first step towards electrification of the entire range, which is scheduled for 2030. However, starting from 2025, which is the year sales forecasts were to assume That 50% of sales will be electric while the other 50% will be represented by plug-in hybrid cars. That’s why in the next four years Volvo will introduce a battery-powered car every year. It is no coincidence, then, that the XC40 was the first, a model that won the hearts of motorists because of the versatility and personality that have always defined the Volvo brand.

Recharging the Volvo XC40, its design At first glance, the recharge looks like a regular XC40, except for the small details that make it stand out compared to its piston sisters. The central grille is full, as there is no need for engine cooling, while at the back there are some custom decals and the exhaust pipe is clearly missing. Stylish design keeps the Volvo XC40 model with an internal combustion engine, thanks to the great consensus among motorists. Once on board, the interior displays the rationality and layout typical of Volvo. The novelties are represented only by some “electrical” details such as charging indicator, autonomy and battery usage. The whole information and entertainment mindset developed by the parent company is completely new. With the 9-inch screen it is possible to take advantage of the new Android Automotive system (global debut), with the ability to intervene in various parameters such as engine management without the need to go to the workshop and through the Over The Air updates.

Recharge the Volvo XC40, it’s the powertrain Now we come to the basic issues when it comes to the electric car: autonomy and charging times. The new Volvo XC40 under test has a 75 kWh battery and delivers 408 hp from the two engines, one on the front axle and one at the rear. The traction force is all-wheel drive and the machine, although heavy at around 2,200kg, is very well balanced, thanks to the battery pack being placed on the ground. The maximum speed is self-limited to 180 km / h, as is the case for all models in the Volvo range. The declared autonomy is 418 km, while charging times vary from eight hours using an 11 kW shaft, to just 40 minutes for an 80% charge from a 150 kW station. It should be noted the apparent convergence of the declared and real autonomy. 400 kilometers is not a mirage, and you just have to be careful not to get too caught up in that XC40 shot and not to travel kilometers on the highway. As always, Volvo wants to protect its customers as much as possible. Thus, engineers created a special protective cage for the batteries to avoid problems in the event of a collision.

Recharge your Volvo XC40, come on There is no power button. Once you put the gearbox into the drive by depressing the brake pedal, you’re ready to go. Among the driving modes, the most interesting is the one called “single pedal”. In this configuration, the car, once the accelerator is released, will make the most of the regenerative power thanks to the engine brakes alone. This way the batteries are able to recharge faster and the foot brake is not necessary. But the torque of 660 Nm is what makes Volvo driving so “happy”. Steering responds well, a good compromise between lightness and precision. Suspensions, especially in the city, can absorb the roughness of asphalt better, but they have to fight with 22 quintals on the scale. The 0-100 km/h sprint is covered in just 4.9 seconds thanks to the 408 hp that makes the XC40 also fun to drive. There is also a two-wheel drive version on the list, also with a range of over 400 km

READ  Black Friday 2021 There is already talk of a strike on deliveries: What risks could we run into?

Volvo XC40 Recharge, Equipment and Prices. The Volvo XC40 Recharge is based on the two-wheel drive version, a single engine, capable of 231 hp and 421 km of autonomy. Under Build Plus at €52,250, you can add €4,100 from the Pro package to get a series of options such as 19-inch aluminum wheels or full LED headlights. The version we tested with all-wheel drive and two engines instead, with a starting price of 59,750 euros, subject to incentives, and full equipment on board.