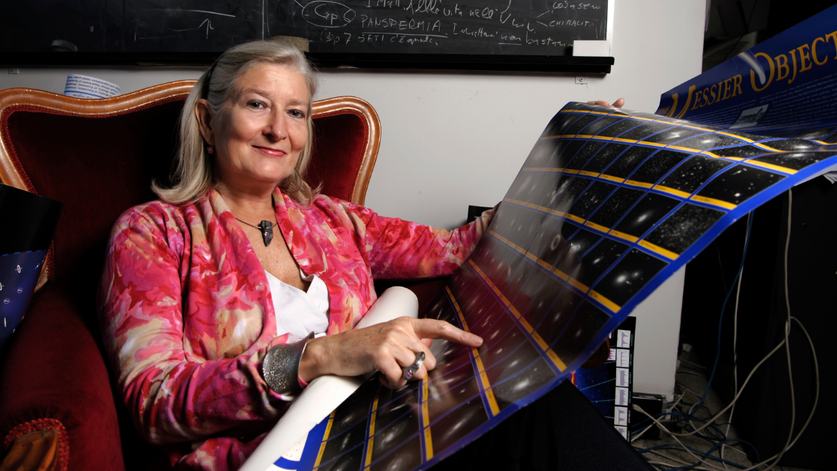 Despite another slight delay, on December 22nd the largest and most advanced space telescope will be sent to a distance of one and a half million kilometers from Earth: a particularly useful point in space for making its observations and providing us with answers to many unsolved mysteries distance. About the formation of the universe and the discovery of new planets. Astronomy is going through an extraordinary moment in many ways. And we are only at the beginning, as astronomers point out. Thanks to technological advances never before achieved, large telescopes on the ground and sophisticated observatories placed directly in space, the results follow each other continuously and we are now reporting them at an almost daily rate. Even the most recent Nobel Prizes in Physics relate to discoveries in astrophysics: from new exoplanets to gravitational waves. A book just published by Mondadori Università, in the Science and Philosophy series, recounts the greatest recent successes of modern astronomy in 190 pages. On the other hand, writer Patricia Caravio, former director of the National Institute of Astrophysics (INAF) in Milan, an astrophysicist who has been involved in space programs for some time, is also a well-known celebrity. The title is interesting: Sidereus Nuncius 2.0, remembering Galileo’s famous masterpiece, which is now rich in new discoveries in the new and modern version of astronomy. Sidereus Nuncius 2.0 will be presented in Conversano (Bari), at the Castello degli Acquaviva d’Aragona conference hall, Thursday 25 November at 6.30 pm as part of the PugliaScienza review 2021, which is part of the cultural program of the Puglia region, the Department for Culture, Protection and Development of Cultural Enterprises, and in the “Dentro Il Borgo” program promoted by the municipality of Conversano. Speaking with the author, Nicola Giglito, Professor of General Physics at Bari Polytechnic: “Astronomy is a very old science” – comments Caravio, which among its many honors has also been awarded the Leader of Merit by Republica – and faces massive developments. “Light” is not the only way to explore the universe. It started with visual observations, while today this science is open to understanding infrared, UV, X and gamma emissions to which our eyes are not sensitive. Cosmic rays, neutrinos, dust, meteorites, and gravitational waves carry different and complementary information. By learning to decipher these messages, we advance in understanding the universe and improving the quality of life for all of us.” Puglia is rapidly moving forward on useful assignments in the space sector. Those in Pugliascienza are organized by Paolo Minafra, an amateur astronomer and event organizer who has already brought in astronauts. such as Paolo Nespoli, Luca Parmitano, and last summer, Franco Malerba, to Bari, and other provinces, for educational and educational events.Puglia, a region of high scientific and technical standing, is home to one of the first aerospace regions in Italy, and is preparing for its first spaceport European, in Grotagli (Taranto) as part of Virgin Galactic’s future private and tourism space flights.In Mola, in the province of Bari, there is the headquarters of SITAEL, a company that manufactures technological innovations and manufactures important components for satellites and space probes.And only to honor Italian companies in the sector Space, the next day, in Conversano, the same place and time but on Friday 26, the presentation of the book “Spazio Made in Italy”, published by the Espress series of the “Il Capricorno” in Turin. The presentation was attended by Pierluigi Pirelli, General Director of Operations at SITAEL. PugliaScienza 2021 will always take place in Conversano during the Christmas period, from

READ  Hippocrates and his "disciples". Doctor's Day is back

From December 22 to 29, with the “Show of Poets Among the Stars”, in Piazza San Giuseppe where the artworks participating in the various cycles of the Federico II International Prize and Poets Among the Stars will be displayed. An astronomical observatory will be installed on the main tower of the Aquaviva d’Aragona. And in January, other dates are scheduled with the champions of astronomy and space exploration.