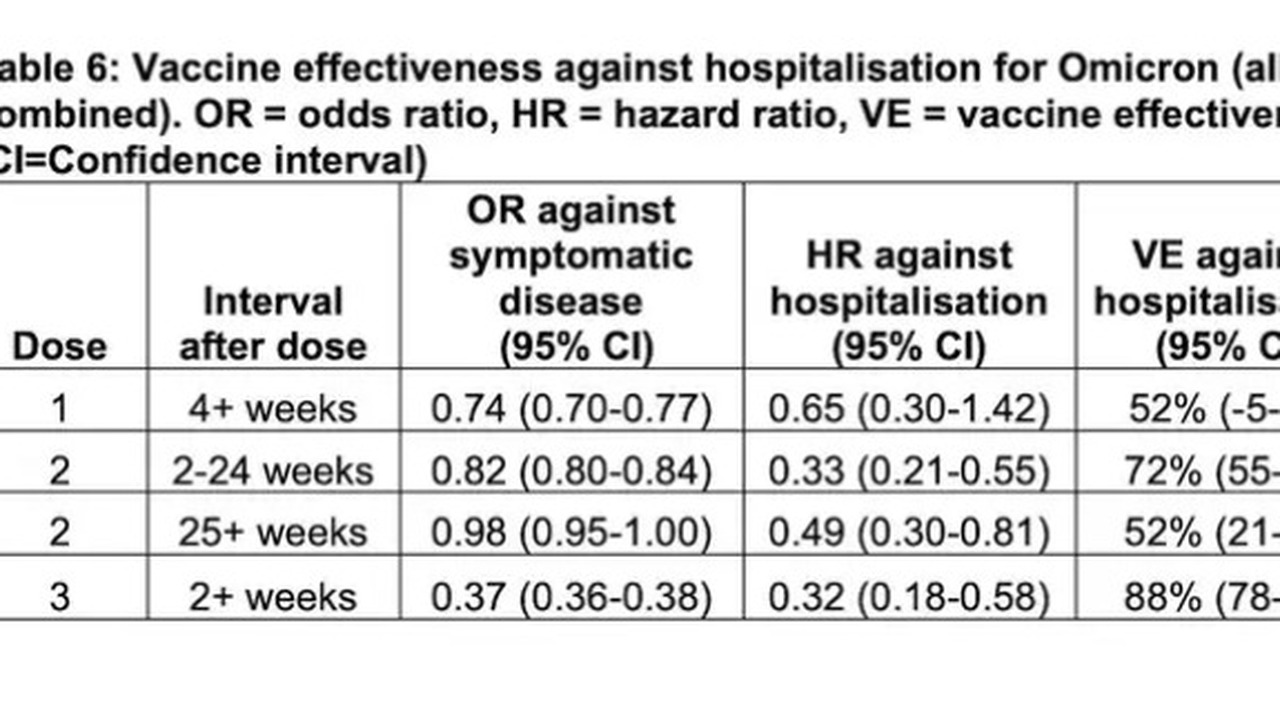 Three doses of the vaccine are effective against Omicron: Reduces the likelihood of hospitalization by 88% and reduces the likelihood of developing symptomatic illness by 63%. This was revealed by new British research published yesterday by the British Health Security Agency with a table explaining the risks associated with the new variant of COVID-19 The time elapsed since each vaccine dose. This is the first specific data on this issue, which was collected in the UK from 27 November to 24 December 2021 without distinguishing a vaccine (but it should be borne in mind that Great Britain Johnson & Johnson has not used).

Omicron is still more contagious than Delta and the vaccine undoubtedly protects less against the disease itself, but remains effective against hospitalization and obvious symptoms. Protection, according to research, decreases 24 weeks after the second dose, then jumps again with the booster dose.

The risk of developing a symptomatic disease

The same applies to the risk of contracting Covid with symptoms: after three doses of the vaccine, it is reduced by 63%, compared to 26% after the first dose and 18% within 24 weeks after the second. The critical number here is the 25th week after the second dose: protection against symptomatic disease is almost zero and risk reduced by only 2%. Currently, it is not known how long the protection provided by a booster dose will last.