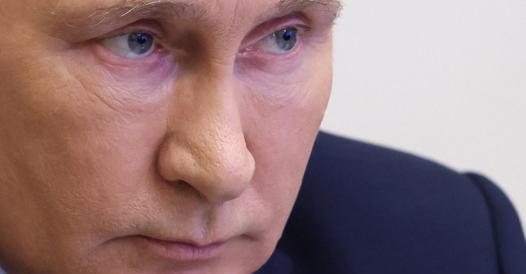 Dmitriy Glukovsky, Russia’s best-selling author, stalked by an arrest warrant: In this article he explains how a generation that has not witnessed the horrors of the purge is witnessing a fascist drift without finding the courage to protest.

Dmitriy Glukhovsky is the best-selling writer in Russia in the last 10 years, a very popular author among teenagers due to the post-apocalyptic saga with which a very successful video game was created. Currently – As Marco Amarisio wrote, here – Prosecuted under an arrest warrant for defaming the Russian army: a crime punishable by ten to fifteen years imprisonment. This is the text of his last article.

My generation did not know oppression and mass purification, did not witness the farcical trials in which the angry crowd demanded to shoot the traitors of the homeland, did not breathe the atmosphere of cosmic horror, did not learn to change, from evening to morning, its convictions, to believe in it both in the betrayal of yesterday’s allies and the good intentions of the enemies Historians, for the sole purpose of justifying a fratricidal war.

My generation was not present during the moral and military impulses of the two world wars.

The Soviet Union we knew had already turned into a quiet anarchy: so far it no longer condemned to death those who refused to believe its basic lies, but, on the contrary, allowed the citizens to open private debates among themselves, and to sit quietly in the kitchen. Nor did he demand more cheers as the heads of those accused of being “enemies of the people” rolled.

however, Everyone who knew the past wasn’t happy to remember it, and now we understand why. Because Survival, in such circumstances, requires above all a compromise with oneselfwith their conscience.

Yes, we had to turn our backs, yes, we also had to applaud, and someone had to carry out the death sentences, be it an order, to avoid ending up on the gallows. People don’t want to remember these things and, more specifically, they don’t want to admit that they happened. It took courage not only to protest, but to abstain, and it takes courage to rememberlater, because you chose once – and perhaps more than once – to act to escape the threat that weighs you down.

And today, for us, the people of my generation, things are happening live on TV that we never imagined seeing.

We are putting together an amazing experience: an opportunity to understand why our great-grandfathers and great-great-grandfathers were so silent and enduring, why entire nations fell into the abyss of madness, and why peoples closed their eyes to tyrants who waged wars. World Championship, why some climbed the gallows without saying a word and others agreed to the task of lowering the blade.

Today we see with our own eyes how to dehumanize other human beings before eliminating themBy ridicule and defamation of words and motives and depriving them of their dignity to feel and act as persons.

We know very well how to camouflage predators: the wolf tears the wool of the sheep that it has just ripped to shreds and uses it to disguise itself. We learn to cultivate in our souls Indifference to injustice when it happens so plainly before our eyes: It doesn’t matter to us, and we probably won’t suffer the consequences, just stay away from you and don’t play with fire. After all, how do you feel sympathy and sympathy for all human beings on this earth! We learn not to sympathize with the victim, but rather to sympathize with the aggressor. If you take the side of the predator, you will feel as if you are on his side, next to him, close to him. It’s like staying attached to a shark: there’s nothing to fear, in fact, we can take advantage of some bits of meat that slip through its sharp teeth.

We are learning to close our eyes to The spiral of madness that took control of our rulers and shared their positions.

As attendant NE Good soldier Shweik By Jaroslav Hasek, who has absorbed the nonsense of the Commander and made it himself, we have also drunk their depraved conspiracy theories to the point of getting so used to their taste that today we demand a new potion.

And after all, if you don’t believe them, who do you have to believe?
Isn’t it better to eat shit than to go to bed thinking your life is in the hands of a madman?
Is there a phenomenon called collective insanity?

Yes, now we know how to keep our mouths shut, turn our backs, bow our heads and control our thoughts, but we still have to learn how to push them away with our power. In order not to live in fear, and not to feel cowardice or slaves, we must learn to believe firmly in what appeared to us all as false until recently. We must learn to walk together, applaud the command, utterly convinced, rejoice when the enemies of the nation are slain, and thrill at hearing the sermons of our rulers. We should encourage wars and celebrate bloodshed. Searching for explanations and justifications, intoxicated by the betrayal of our brothers and brutal reprisals against them. We pretend not to pay attention, maybe we don’t realize it anymore, as our country has moved towards a fascist dictatorshipfollowing in his footsteps, towards a fate, unfortunately, we know so well.

We didn’t want to investigate the past because we were sure we left it behind. We thought that those awful and terrifying sensations would forever remain buried in the pages of history books. However, the number of ghosts who feed on grudges, evade the law and file lawsuits against us is increasing day by day. They tear the pages of those books, and among the dead and the buried past they crawl forward to undermine the world of the living. They demand blood and they water the blood of those who live here and now. Our blood is red and hot instead of black and dry. We will have to learn to think harmoniously and to walk in a frame, frightened by the curiosity of the neighbor and the noise of the car in the middle of the night; Learn how to kiss with drooling from the icons and images of our leaders, faithfully believing in all that the Solovievs and Tolstoys will proclaim in this world as pure and legitimate truth, and keeping our heads in constant terror from this lifelessness of ours: Learn to do all this …

Or learn to do the opposite: to preserve our memory and think about the future, to let go of rust and to refuse to live as prisoners of the past.
Never believe lies and always demand the truth.
To raise their voice, argue, believe and fight for our dignity.

So far we have learned nothing from the experience of those who lived and died before us, to be able to do things differently. This is exactly why there is so much to learn.