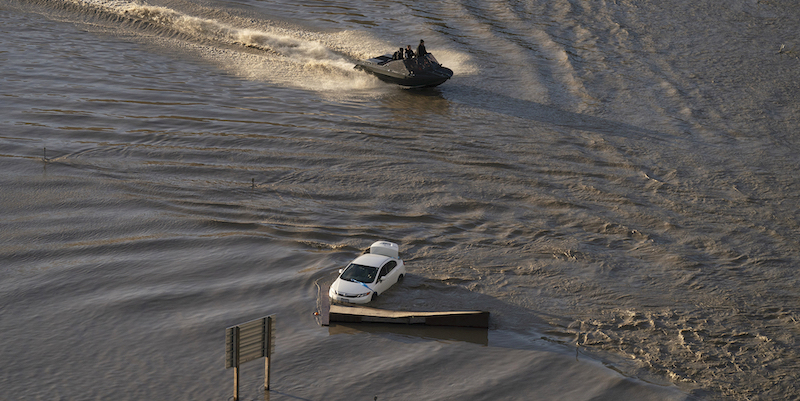 One person was killed Tuesday in heavy rains in southwestern Canada’s British Columbia, at least two were missing and thousands were evacuated from their homes. Bad weather, which came between Sunday and Monday, caused heavy rain, flooding and landslides, causing many roads to be closed. As well as the port of Vancouver, one of the largest and most populous cities in Canada. Provincial Transport Minister Rob Fleming he said Monday came at a press conference called “the worst weather storm of the century.” Currently the situation is somewhat calm, but rescue operations are ongoing.

It started raining on the night between Sunday and Monday, and within 24 hours they engulfed the entire street, causing some to collapse and flooding the first floors of many houses. Police have found the body of a woman trapped dead on a flooded road in Lillot, 250 kilometers north of Vancouver. Missing at least two. In the small town of Merritt in British Columbia, all people, about 7,000, were evacuated from their homes and on Tuesday, at the mountain resort of Acacia, about 300 people were rescued by helicopter.

We are with you, British Columbia. pic.twitter.com/mr6obVdKc2