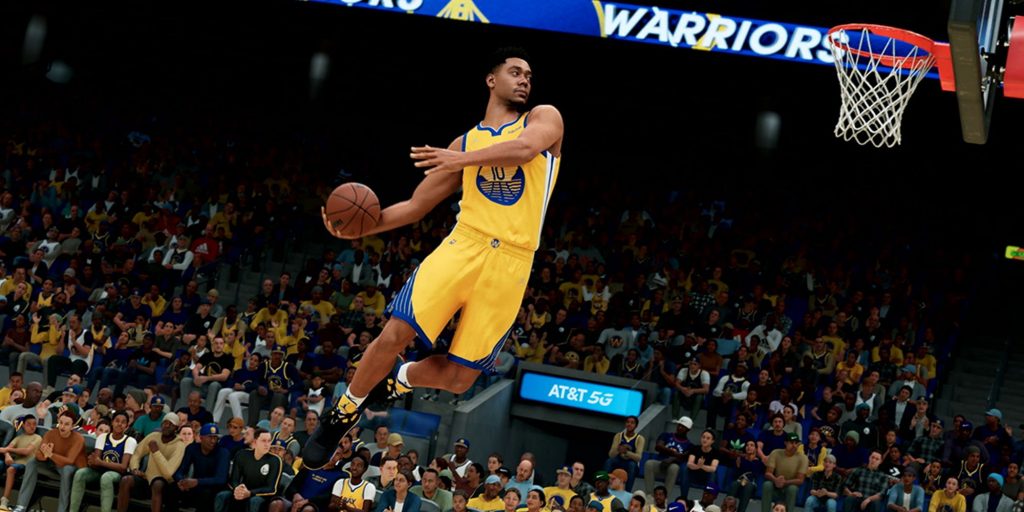 Computer games, whether it is an old racing game or a brand new slot by online casino https://www.stakers.com/ca/new_casinos/, are something that entertains us, brings a lot of emotions and even offers us new acquaintances. Today’s world of computer games is full of new titles. NBA 2k22 is one of such video games I want to discuss.

The NBA season has already begun, and the basketball simulator by 2K has been steadily coming out for more than a dozen years. So we are obliged to take a look at this game and share our opinion about it with you.

The first thing that catches an eye in the new part of NBA 2K is the graphics and smooth gameplay. It may sound silly, but the developers have worked on the color scheme, so the players don’t seem like sullen giants throwing the ball into the basket. The detailing of the faces on the PS5 will leave you frozen in astonishment and believe that you are watching a real match. The facial expressions of the players, their signature features

and lighting are beyond praise this time.

Such a breakthrough turned out to be due to two important changes in the gameplay – redesigned systems of defense and throws. In NBA 2K21, the system of throws, to put it mildly, was very inconvenient. In order to hit the basket, it was necessary to make two successful clicks of the “Throw” button in a certain area on the scale, and even with this there was no guarantee of a perfect throw.

The developers realized that the system wasn’t received well by the players and decided to bring back the classics, filled in scale. However, now the flight of the ball is affected not only by the position of the player or statistics, but fatigue. In many sports simulators, it was possible to constantly use feints without a break, but the player did not run out of breath, giving out races in the spirit of Usain Bolt. There is no such nonsense in NBA 2k22 as now in addition to the main fatigue scale, there is a slider responsible for the current endurance.

Highly popular among NBA 2K players, “MyTeam” game-mode, as an analogue of the “Ultimate Team”, blooms and develops. There are more and more cards for every taste and color. Investing money to get the best composition is still a working option for rapid development. Yes, the developers have added mini-modes for getting packs with cards, but they cannot compete with the donation.

If we evaluate the other aspects of NBA 2K22, then there is nothing more to highlight. The transition from one console generation to another is noticeable, so far, only in graphics and performance. The reworking of the basics: throws, passes, animations – happens every year, but there are no cardinal changes.

To sum it up, the new NBA 2K22 is not filled with new features in comparison with the previous part, however it has something that may surprise you. After all, this game is progressing with every year, and this is why millions of basketball fans love this game so much.