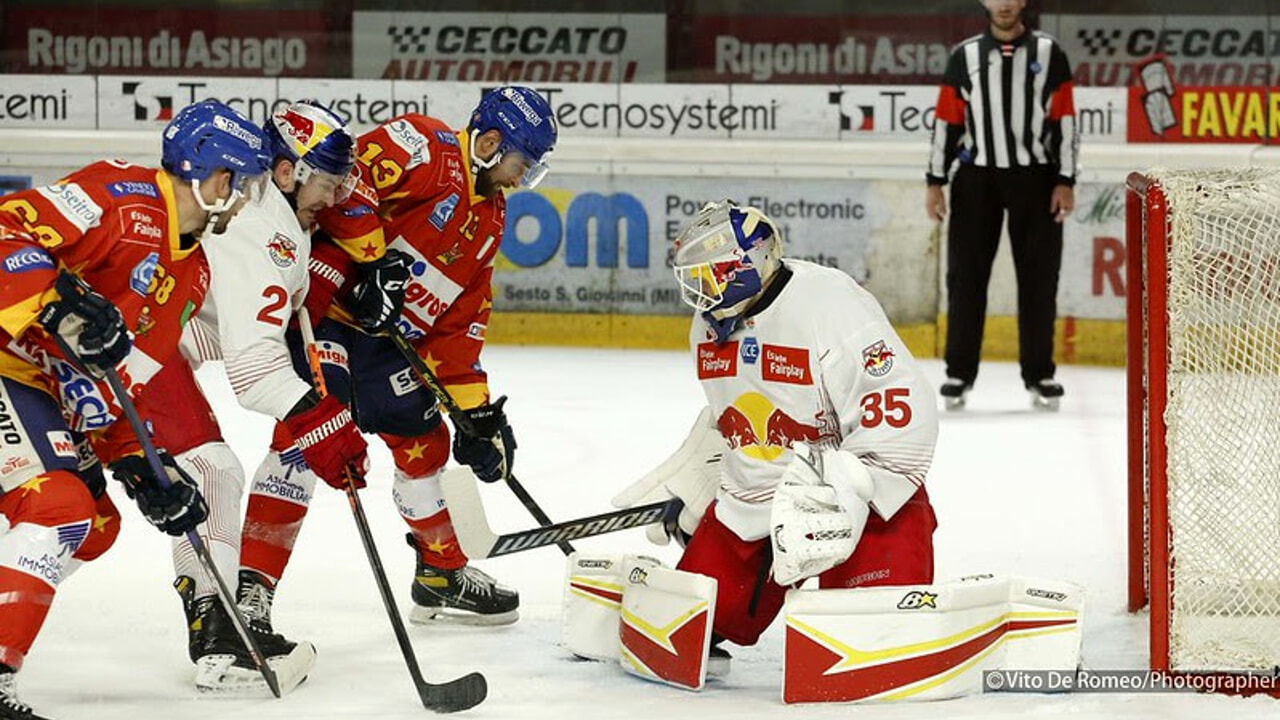 Asiago prepares for a tough trip to Isarina in Salzburg, where they take on the fearsome Red Bulls at 3pm on Wednesday, October 26, 2022. The two teams actually faced each other on the third day, when the Austrians won 5-3, finding the advantage in the last five minutes of the third time.


here ASIAGO
The Giallorossi returns from a thrilling victory over Bolzano, followed by a defeat against Graz that leaves a bad taste in the mouth. The physical and mental effort in the match against the South Tyrol team may have affected the performance against the Austrians. The Superstars were unable to complete a comeback that led them to shorten from 0-3 to one goal behind them, but the final effect didn’t produce the desired result. Painfully indicates the offensive special team did not materialize on any of the four occasions of supremacy, while the death penalty was 100% effective, neutralizing all three shortcomings. SalinetryThanks to the two points scored with Graz, one goal and one pass, he is confirmed as the team’s top scorer. Parasu He will have the same roster from the last available match, and confirmed the absence of the injured Porco.


Here is Salzburg
Red Bull are third in the standings, but have played fewer games than the teams before them, due to commitments in the Champions League. So far they are the team that has suffered the least losses in the league, playing only 2 out of 9 matches. Men led by coach mclavan They play hockey with great balance and continuity, as in the offensive phase they use the second best powerplay in the league, as well as strength in the defensive phase, so much so that they get the fewest penalty kicks.


For the hosts, who are part of the ICEHL win shortlist, with no outcome possible other than a victory, it will be up to the Plateau Lions to unleash another thrilling performance to complicate the Red Bulls’ lives.
live sound: Radio Asiago FM 107.7
Live video: live.ice.hockey