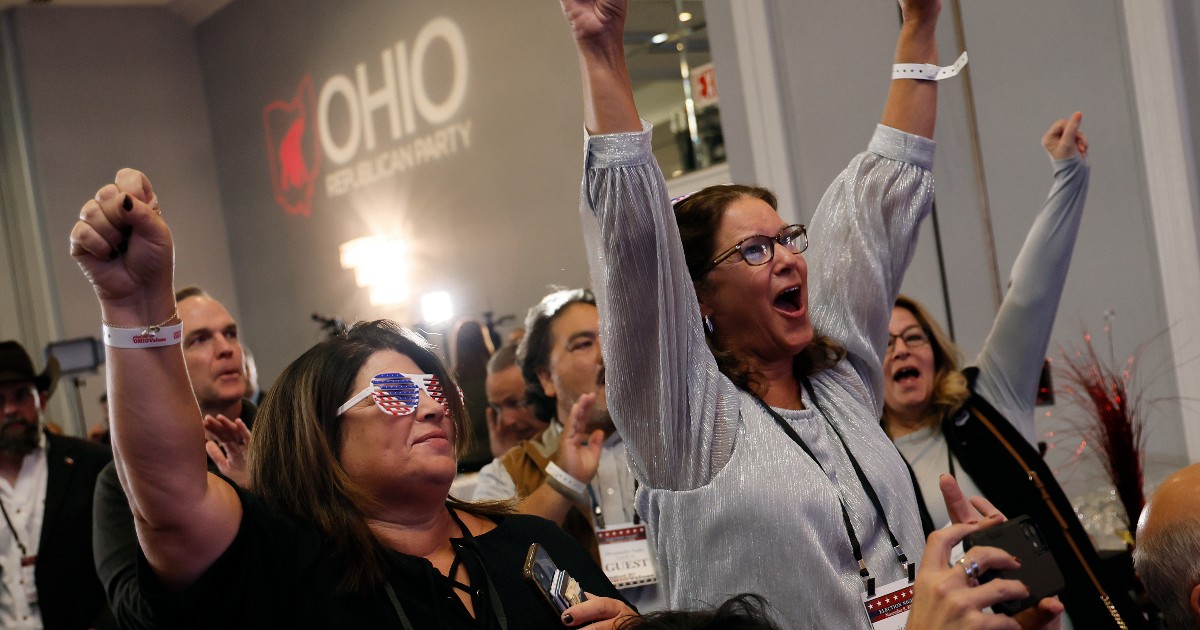 “My intention is to run again” in 2024. The US president repeated that in the White House. “Mega Maga Republicans are a minority in the party”: referring to the Trumpian wing of the old big party.

Historically, the party that occupies the White House has lost to the midterm, with two exceptions since 1934, but the provisional results of yesterday’s vote suggest it may be the best midterm round for a president and his party since 2002, according to some experts. . Of course we’ll have to wait for the final data, but for historian Joshua Zeitz, author of The Lincoln Boys and Building the Great Society, there’s no doubt: “I understand his numbers aren’t great now…but based on what he did with 50 Senators (vs. 50 Republicans, ed.), the chaos after Trump, his leadership of Ukraine and last night (midterm, ed.), I can tell you as a historian that Biden will enter the books as a winner“.

Biden: Putin will not be in the G-20 summit. We will discuss the next steps for peace in Ukraine.”

“I was told that Vladimir Putin would probably not be in the G-20” in Bali, Joe Biden said when commenting on the midterm results at the White House. – “At the G-20 there will be an opportunity to discuss the next steps needed to achieve peace in Ukraine.” US President Joe Biden said at the White House:The Kherson evacuation is a sign that the Russian army has many problems.”

READ  “They are afraid to tell him….” The secret of the Kaiser supporters

Biden: ‘Back off any attempt to enforce a national abortion ban’

“I will veto any attempt to impose a national abortion ban,” Joe Biden said, commenting on the results of the midterm elections in the White House.

Biden: “We just started working on our show”

“We have just started working on our programme.” Joe Biden said this while speaking at the White House after the midterm, recalling all the measures and measures his administration has approved in recent months. “We made the right decisions for the American people,” Biden said, emphasizing that “voters have been clear in saying they are disappointed, and I understand that.”

Biden: ‘We won the election yesterday, it was a good day for democracy and for America’

“We won the elections yesterday and it was a good day for democracy and for America,” he added. Joe Biden said it at the White House after midterm. We just started working on our platform. We made the right decisions for the American people,” Biden said again, stressing that “voters have been clear in saying they are frustrated and I understand that.”

Trump is angry at the election results

He had expected a “wonderful night” of festivities at Mar-a-Lago, but instead, Donald Trump faced the negative results of dozens of his Maga candidates running in the primaries, and he had one of his infamous excesses of anger. And those close to him describe him, according to CNN, as a “bruise” explaining that he “yelled at everyone.” “The candidates matter, they were all bad candidates,” adds the former president’s adviser, criticizing most of the candidates Trump personally selected for key states. However, the chancellor does not believe that this ugly setback could prompt Trump to postpone the announced launch of his candidacy on November 15. “It would be very humiliating to postpone,” he says, but acknowledged that there are still a lot of unpredictable factors at the moment.

READ  Isabella, 6, disappeared in September. Parents arrested for murder. He was killed a month before the complaint was filed.

Kentucky refused to amend illegal abortion in the state

Kentucky rejected a constitutional amendment that would have imposed a complete ban on abortion in a referendum held alongside the midterm elections. The American media reported this. In Kentucky, the finding would not automatically override current state legislation, which almost completely bans abortion.

Trump: ‘A great evening that the liars want to downplay’

“174 victories, 9 defeats, great evening. Fake news media and their Democratic partners are doing what they can to downplay this. Great job from some great candidates.” Donald Trump said this when commenting on the results of the midterm elections.