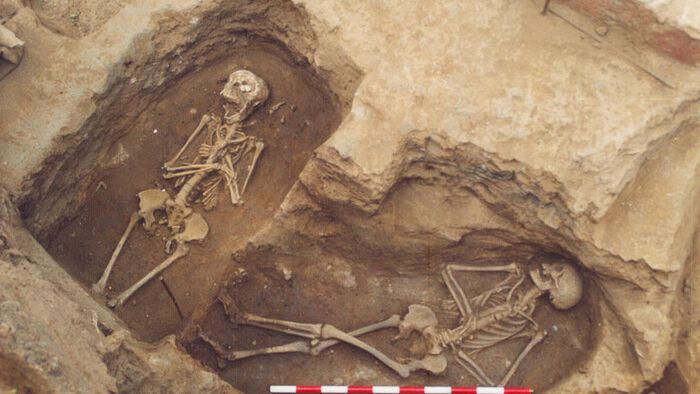 Meat of pigs, cattle, and sheep was served during rituals and at funerals banquets in ancient Rome, although not everyone could afford it. This was revealed by analyzing the finds found in the Villa de Madrid cemetery in Barcelona, ​​Spain. The results were published in the journal Plos One by a group of researchers led by Domingo C. Salazar Garcia of the University of Valencia.

Ancient sources tell that funeral rites were of great importance both in Republicans and in imperial times, because they served to ensure the protection of the gods and the memory of the deceased. These rituals included offerings and banquets on the day of the burial, on the occasion of feasts or on other specified days. Evidence is found in the remains of animals that were found in various burials, such as the cemetery of Villa de Madrid, which dates back to the second and third centuries AD, and here offerings were found in 16 burials out of a total of 59, an indication that meat may not have been offered to all the dead Or that not all families organize banquets.

The researchers’ analyzes revealed the presence of meat from pigs, cows, and sheep, all the animals that usually ended up on the table of the ancient Romans: specimens were mostly sacrificed in adulthood, when their reproductive and commercial value was lower and consequently supply was involved. Less economic expenses. Even the cut of meat was not among the best. While domesticated wild animals were the most abundant, there was a shortage of fish, mollusks, and game (such as deer and foxes).

READ  City of Science and Knowledge