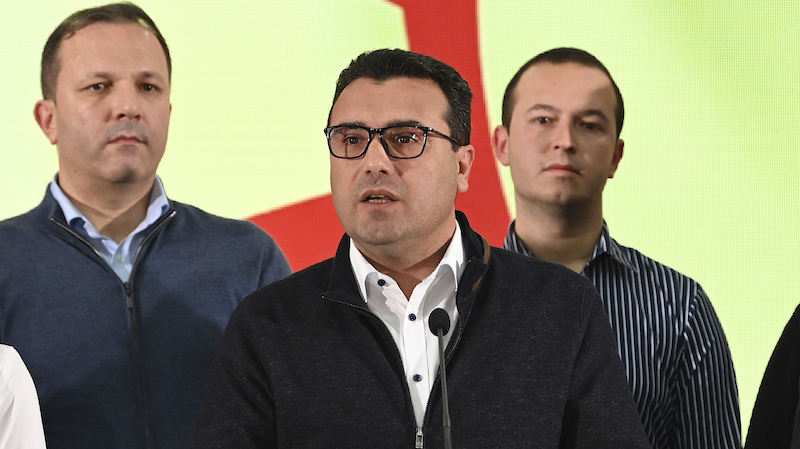 Zoran Zaev, Prime Minister of North Macedonia and Leader of the Local Social Democratic Party (SDSM), He said who will resign from both offices. He announced this on Sunday, after his party’s defeat in local elections, which were won in most parts of the country by the conservative VMRO-DPMNE party. The elections were considered an important test of the approval of the Zaev government.

Zaev did not say when he would step down and it is not clear what will happen now. Macedonian law states that if the prime minister resigns, the latter retains his position until the majority parties agree on a replacement for his party. If no agreement is reached, parliament will be dissolved and early elections will be held.

Zaev became party leader in 2013 and was elected prime minister in 2017, after North Macedonia was ruled for ten years by conservative Nikola Gruevski, who was later convicted of corruption and survived from the state. Zaev led North Macedonia to join NATO in 2020, and in 2018 made a landmark agreement with the Greek government to officially name the country “North Macedonia”, putting an end to the dispute Between the two countries lasted decades, associated with the use of the name “Macedonia”, which also identifies a region of Greece. Recently it was zaev However, it has consensus, also due to the ineffective management of the epidemic.